The Composer Who Angered the President of Israel

Home > Antisemitism > The Composer Who Angered the President of Israel
Judaism

Andre Hajdu, one of the greatest and most groundbreaking composers in Israeli history, a recipient of the Israel Prize, was not popular with everyone… 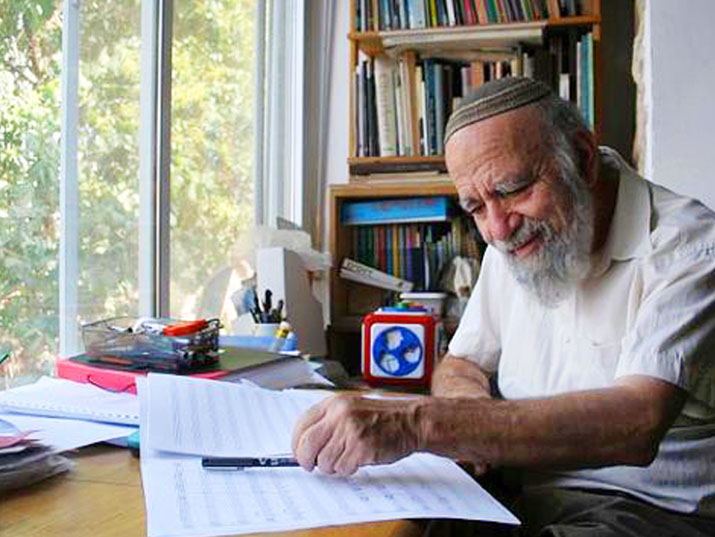 Andre Hajdu in his home in Jerusalem. Photo: Dana Shimoni

Silence filled the hall as the piece known as Ludus Paschalis, written by the composer and future recipient of the Israel Prize, Andre Hajdu, reached its climax. Suddenly, a single, brave voice uttered the words, “Mr. President, forgive us”. They were meant for Mr. Zalman Shazar, the President of the State of Israel, who had sponsored the special concert held at the Hebrew University in January, 1971. It was merely the second time the piece had been performed in front of an audience, following the concert premiere which was held in Tel Aviv the previous evening. 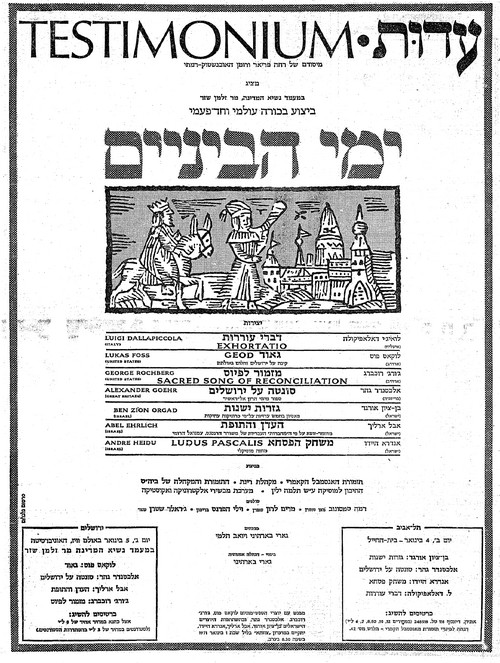 The festive concert was part of the Jerusalem Testimonium Festival, a special event being held for the second time, for which a number of pieces, dedicated to Jewish and biblical themses, had been specially composed. That year, the participating composers were asked by the concert’s organizer, Recha Freier, to create pieces relating to the Middle Ages. Who could be better-suited for such a task than Andre Hajdu? Though Hajdu, one of the most highly-regarded ethnomusicologists in Israeli history, was not a fan of mixing biographical and musical elements – we will use this opportunity to take a closer look at the extraordinary life of this fascinating figure.

Andre Hajdu was born in 1932 to a Jewish family in Budapest. He survived the Holocaust and later studied music under the greatest Hungarian musicians of his day, including Béla Bartók and Zoltán Kodály, who were composers as well as ethnomusicologists. Following in their footsteps, Hajdu began studying ethnomusicology and folklore. He spent much time with the local Romani people (previously known as Gypsies), learning their language and studying their musical culture.

Hajdu later moved to Paris following the 1956 Hungarian Uprising, yet he did not find his place there and struggled to make a living. He later spent time in Tunisia, where he “rediscovered” his own Judaism amidst the unique Jewish community of Djerba. Upon his return to France, he began studying Gemara and observing mitzvot. What followed was only natural: With the encouragement of Dr. Israel Adler, founder of the National Sound Archives and the Jewish Music Research Centre, Hajdu made Aliyah and turned his attention to the study of another type of folk music – Hassidic music and the traditional melodies sung in the Beit Midrash.

Considering all this, when Hajdu was asked to compose a piece for the Testimonium, it was only natural that he created a piece of musical theatre dealing with the relationship between Jews and Christians, with the scourge of antisemitism and its place in the world – this was was the infamous Ludus Paschalis. The piece depicts a group of Christian children murdering their friend who poses as a Jew as part of a game.

The Hebrew words – “Mr. President, forgive us”, can be heard at the beginning of this recording from the performance:

In an interview he gave a few years later, Hajdu said the piece was “intentionally provocative”: “It was a sort of psychoanalysis of Christianity… (antisemitism) will be gone from the world only when the world itself is gone.” The entire piece, as recorded on that fateful night, can be heard here.

President Shazar was upset; the Jewish characters in the musical did not react to the murder which took place on the steps of the Beit Midrash, and this passivity was not to his liking. He left the event and did not attend the celebratory reception held in his honor after the performance ended. Sometime later, a meeting was arranged in an attempt to settle matters between the composer and the President. The meeting was not very successful, but over time, raw emotions were calmed. During the 1990s, the controversial composition was even played on Israeli public radio. Hajdu himself continued developing his career as a researcher, lecturer and composer, writing music to accompany various Mishnayot (verses of Jewish biblical commentary), composing sections of the Book of Ecclesiastes and more.

Hajdu’s unique personality and teaching methods encouraged improvisation and attracted the attention of students who wished to study with him. Well-known Israeli composers and artists admired the composer who passed away in 2016, including Gil Shohat, Yoni Rechter, Yonatan and Aharon Razel, among many others.

Andre Hajdu’s archives are kept at the National Library of Israel.

The Enigmatic Researcher of the Magic of Music

Is the Shofar Really the Voice of God?