A rare photo album reveals how refugees from Nazi Germany made the Caribbean wilderness bloom. 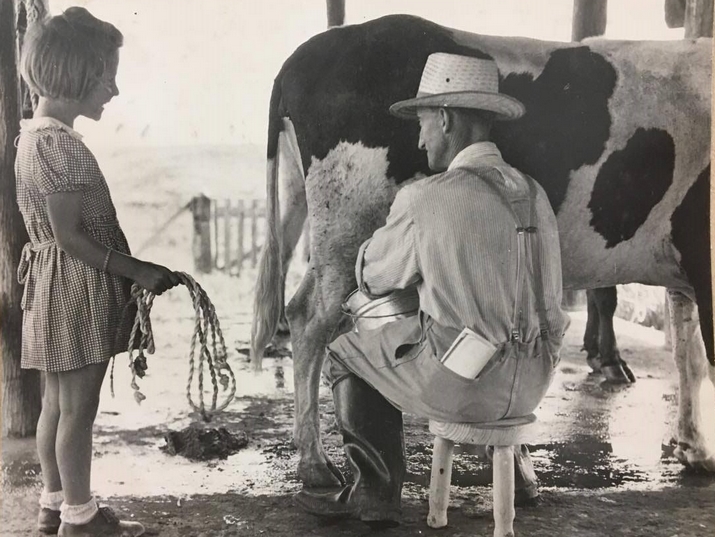 Even Hitler was shocked by the lighting speed of the Anschluss, the annexation of Austria by Nazi Germany in March 1938. The exultant hordes who welcomed Adolf Hitler concealed a terrible truth: opponents of the Nazi regime, left-wingers, and above all – Austrian Jews – began to feel the iron rod of the Nazi tyranny as soon as the occupying forces entered. Thousands of Jews knocked on the doors of the American Embassy in Vienna in an attempt to receive exit visas from the country which had suddenly been annexed to the Third Reich.

11 days after the Anschluss, Franklin Delano Roosevelt, president of the U.S.A., proposed the establishment of a special refugee committee to aid immigration of refugees from Germany and Austria. The President appeared to be interested in a rapid and full solution to the problem of refugees from the expanding Third Reich, but Roosevelt quickly clarified that no country – including the U.S. – can be expected to radically change its immigration policy. This reserved tone cast a cloud of gloom over the committee meetings from the outset until the wording of the final conclusions.

For nine days, from July 9th – 15th of 1938, representatives of 32 countries convened in the Royal Hotel in the city of Evian on the banks of the Genève Lake in France. The representatives raised various claims against raising the quota of entrance visas for refugees: America kept its word and refused to increase the existing immigration quotas (which amounted to 27,370 refugees from Germany and Austria per year), but promised to utilize them fully – something it had not done in previous years. The representatives of the United Kingdom vehemently refused to discuss the possibility of settling the refugees in the Land of Israel. France raised a similar argument, and added that its financial condition does not allow for the absorption of more refugees.

Belgium agreed with the general tone and also refused to raise the immigration quotas. The Netherlands offered to accept additional refugees, but added the draconian condition: The Netherlands would serve as a transit port for the refugees on their way to a final destination. The Australian representative surpassed all other members of the committee with his claim that “As we have no real racial problem, we are not desirous of importing one”.

The only country that agreed to take in a significant number of refugees was the Dominican Republic. The representative of the Republic, one of the Conference’s final speakers, promised that his country would allot expansive plots of land for agricultural settlement of European refugees. The tiny country kept its word. And so, two years later, the settlement known as the “Sosúa Settlement” came into being.

The Central Archives for the History of the Jewish People has a collection which documents the Jewish settlement there, which also includes a photo album depicting the life of the Jewish community in Sosúa from May 1940 – when the first Jewish refugees from Europe began to arrive – until July 1947. The only texts in the album are the words added to the various photographs, but when looking through the album one can have no doubt of its importance.

The city of “Sosúa”, a word which means worm in the language of the island’s original residents, received its name from the nearby Sosúa River. Prior to the arrival of the Jewish refugees to the region and Sosúa’s growth into a city, Sosúa was a tiny village – it was originally the dwelling places of the workers of the banana plantations, and after the plantations were abandoned – the village was used by the island’s wealthy residents as a summer vacation destination.

When the Second World War broke out, the dictatorial President of the Dominican Republic, Rafael Trujillo, transferred the lands in the Sosúa region to the management of James Rosenberg, one of the heads of the “Dominican Republic Settlement Association”.

The first quota the Dominican Republic issued for refugees amounted to five thousand visas. Only 757 Jews managed to take advantage of them. The first settlers arrived on May 7, 1940, from countries bordering on Germany.

Even though the album is a publicity album published by the settling company, the photographs in the album are consistent with what we know about the development of the new community. Many of the refugees understood the need to abandon their previous occupations as doctors, attorneys and other kinds of free professions, and quickly adopted agriculture and farming. Each immigrant received 80 acres of land, together with a mule, horse and ten cows. A cooperative named Productos Sosúa was established in order to market the agricultural produce, milk and meat the settlers produced.

The album depicts extensive construction of infrastructures: establishment of buildings, paving roads and dedicated cultivation of the agricultural crops 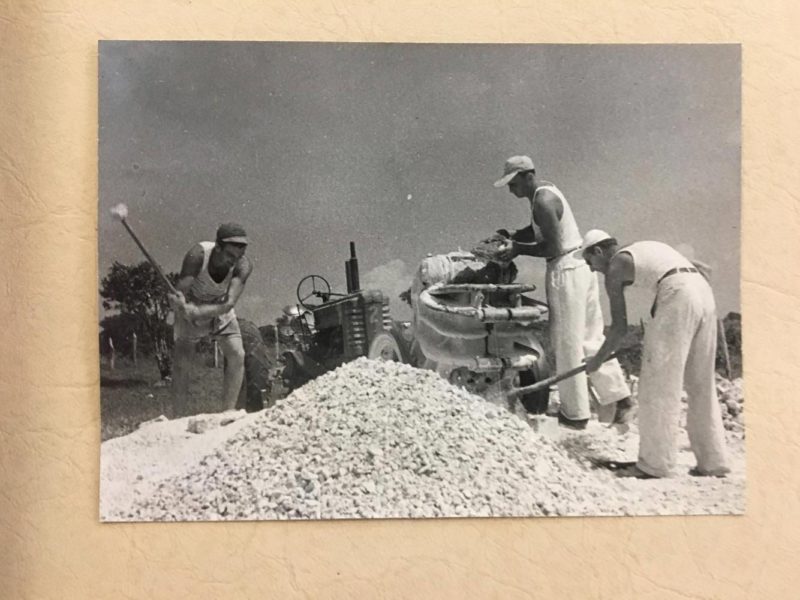 Though the refugees left the professions they had worked in in Europe behind, they did bring with them the Jewish traditions and culture and adapted them to their new home; they established kindergartens and schools in which the young boys and girls learned Spanish, studied agriculture and celebrated Jewish festivals.

Synagogues and a Jewish cemetery were also established in the city, as well as reading rooms and a general store in the European model.

After the Second World War, several thousand Jewish refugees from Europe and Shanghai came to Sosúa. These immigrants are also represented in the album.

Most of the members of the community immigrated to America during the 1950’s and 60’s – settling primarily in New York and Miami. It is estimated that the number of Jews currently living in Sosúa range between twenty and a hundred Jews. The current mayor of the city is Ilana Neuman, a descendant of Jewish refugees who came to Sosúa during the Second World War.