Revealed: How Hanukkah Was Celebrated a Thousand Years Ago

Home > Judaism > Revealed: How Hanukkah Was Celebrated a Thousand Years Ago
Diaspora 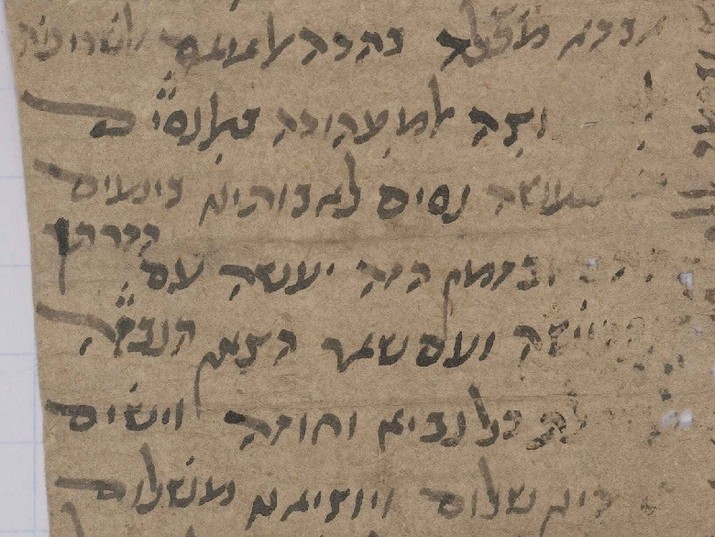 A letter written in Judeo-Arabic reads "Bada al-ayyam al-sharifa (These days the honorable ones), al-mukhtazah al-mahawdeh b-elnasim (well-known and recognized for miracles)... He who performed miracles for our forefathers in those days, at this time…"

Even though it is not one of the biblical Jewish holidays, the festival of Hanukkah held an important place for the Jews of medieval Cairo who wrote a majority of the documents in the Cairo Genizah. This famous collection of Jewish manuscript fragments was originally stored in Cairo’s Ben Ezra synagogue. It contained around 300,000 items, some of them over a thousand years old.

The Genizah reveals that even in the Middle Ages, the Jews of Cairo (then known as Fustat) would send Hanukkah letters and greetings to one another. One such greeting contained a variation of a well-known Hanukkah blessing which is still in use today: “He who performed miracles for our forefathers in those days and in this month, will perform miracles and wonders for us and for your people”. We have collected a few more greetings and wishes that can be found in the Cairo Genizah to share with you this holiday season.

One of these dates to the mid-11th century: an invitation sent by a man to an honored friend for a Hanukkah event: “…that we shall meet tomorrow in the synagogue.” He added, “God will put the days of Hanukkah upon him and all that he has, as a sign of good and a sign of blessing.”

Another fragment of a letter, written in Judeo-Arabic, reads, “Bada al-ayyam al-sharifa (During these honorable days), al-mukhtazah al-mahawdeh b-elnasim (well-known and recognized for miracles)…He who performed miracles for our forefathers in those days, at this time…”

It was a great sin to allow anyone to spend the holiday alone, without family. In a letter sent by a man by the name of Yosef to one of his relatives, he wrote: “V-ana akool anani etzel el-eichem alei el-Hanukkah (and I say that I will come to you in honor of Hanukkah).”

The first two letters are currently part of the Cambridge University collections – TS10J 14.9 & TS8J22.7. The third is located at the JTS Library- ENANS 2.5. The letter which mentions the Hanukkah family visit is part of the Lewis-Gibson Collection, LIT2.140