1695: What Is Missing from the Young German’s Medical Diploma?

It is unusually beautiful, but a small detail is missing from the diploma Capilius son of Yosef Piktor received. 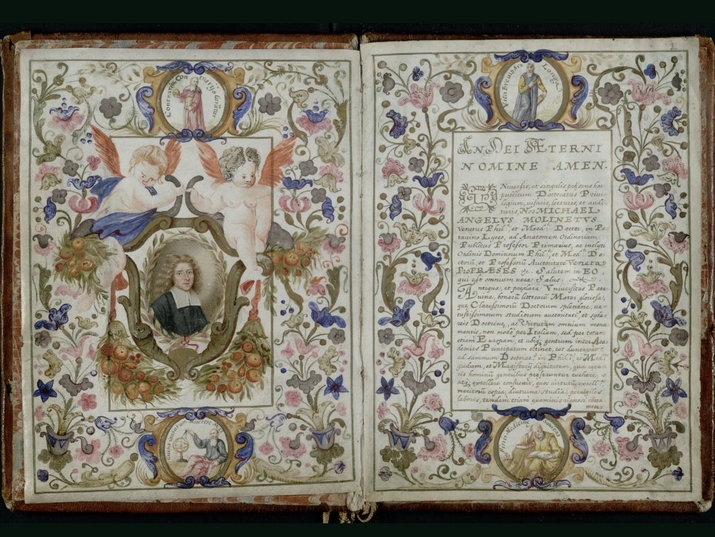 In 1695, Capilius son of Yosef Piktor completed his medical and philosophy studies (which was a general name for sciences at the time) in the Padua University in Italy. In December of that year he was awarded a certificate attesting to completion of his studies – a magnificent diploma formed like a booklet and comprised of three sheets of parchment illustrated and decorated with many colors and figures. Apart from an illustration of Piktor’s birthplace (Bingen in Germany), the diploma is missing an important detail related to its recipient’s identity – the new doctor’s Jewish status. Even the name the doctor is mentioned by is simply a Christian-Latin name given to him – apparently in order to register for studies. His true name was Yaacov Mahler.   What was the reason behind this peculiar omission? Testimonies from the fourth century CE onward reveal an interesting fact about Italian history: the presence of Jewish doctors. Specific Popes periodically forbid Jews from being accepted to study medicine in Italy, or prevented the Jewish doctors from treating Christian patients, but the presence of medically-educated Jews on the Italian Peninsula, or of Jews from various European communities (such as Mahler) who studied medicine in Italian universities, was a permanent fixture. The medical profession – every stereotypical Jewish mother’s dream – was one of the only professions available to Italian Jewry, despite requiring long years of education and training. The dignified diploma Yaacov Mahler received reveals something about the ambivalence and perhaps even discomfort of the Christian majority when dealing with the existence of Jewish doctors in Italy: young Jews were permitted to study medicine and to work in it in their communities, but for as long as they studied in a Christian university – they must adopt a suitable Christian name and discard any external signs of their Judaism.