During the period of austerity which accompanied the early years of the State of Israel, the Hadassah organization fought to allow for the import of Bulgur to Israel from the United States. 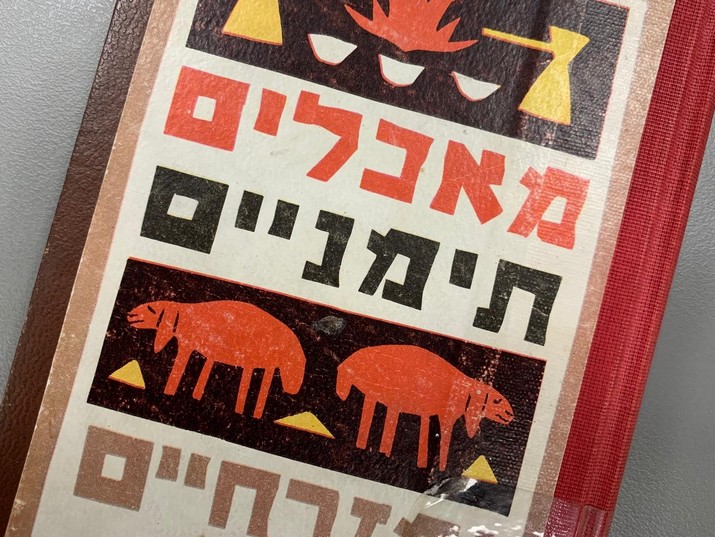 In 1948, while the fledgling state of Israel was facing a period of austerity and found itself carefully distributing rations, the United States of America was experiencing a surplus of agricultural goods. Among these copious amounts of excess food was a large quantity of the simple cereal grain known as Bulgur.

While Bulgur has only become globally popular in recent years, the grain finds its origins in Middle Eastern and Mediterranean cuisine. Bulgur was long considered a poor man’s food among Middle Eastern Jews as it was often served to impoverished Jewish communities in Yemen and Kurdistan, paired with other ingredients to round out the meal.

In an attempt to resolve the agricultural surplus problem without letting the food go to waste, the US government passed a law that would allow for excess food products to be made available to those in need across the globe through registered volunteer agencies. Crates of food would be made available for the needy – all the agencies had to do was cover the cost of shipping.

Hadassah, the Women’s Zionist Organization of America founded by Henrietta Szold, recognized that this new legislation presented a unique opportunity to help the fledgling State of Israel in its time of need. Hadassah was originally founded in order to raise funds for medical care in Israel. In order to make the move over to shipping surplus food, they needed to become a registered voluntary agency and receive approval from the United States State Department – a process that proved to be rather difficult.

In his memoir, “Life’s Voyage: Dedicated to Making a Difference”, Maurice D. Atkin who served as Executive Officer and Agriculture Advisor of the Israeli Mission (later, the Israeli Embassy) to the United States, reflects on the action taken by Hadassah to become a Registered Voluntary Agency so they could ensure that parts of the food surplus would be sent to Israel.

“The office of American Voluntary Foreign Aid within the State’s Economic Cooperation Administration set up every obstacle it could think of to hinder if not block the process…After several months and many meetings, Hadassah was approved as a Registered Voluntary Agency entitled to receive surplus commodities for relief distribution abroad.”

After receiving their approval, between 1951 and 1953, Hadassah worked to ship over $20 million worth of surplus food to Israel with similar numbers arriving in subsequent years. With the help of the Jewish Agency who agreed to cover the shipping costs, Hadassah distributed food to absorption centers, welfare agencies, schools and hospitals both Jewish and Arab throughout the country.

US Senator Hubert Humphrey, recalls Atkin, was helpful in ensuring the inclusion of Bulgur in the surplus food program. Humphrey, who would later serve as Vice President, made a statement regarding the par-boiled cracked wheat on the floor of the Senate and, interestingly enough, when the statement was entered into the congressional record, the word was written in Hebrew making it the first instance that the Hebrew language was included in the written congressional record.

Bulgur has remained a popular food item in Israel and with the rise of healthy eating movements across the western world, the grain has been incorporated into diets in many different countries and cultures. The grain has proven to be very versatile, taking center stage in dishes from simple salads to savory dishes that are cooked for many hours.

One of the first cookbooks published on Jewish food traditions stemming from Middle Eastern traditions, “Yemenite and Mizrahi Foods,” a copy of which is now kept in the National Library of Israel, includes an entire section dedicated to the wonder that is bulgur – or as it is called in the book, Rifot. Feel free to try it and let us know how it turns out!

Clean and rinse the bulgur. Boil half a pot of water. After the water boils, add the bones, the onion, the hawaij and the salt. Stir and add the tomato and the bulger. Cover the pot and move it to a small flame to cook overnight. Serve hot.

Cook the beans in salt water for 30 minutes. Stop cooking them and pour out the water. Sauté the meat in the margarine until lightly browned. Add the onion and sauté for 5minutes until everything is well browned. Add the beans, tomato paste, salt, pepper and water. Cover the pot and cook on a medium flame until the meat and the beans are completely softened.   Discover a world of Jewish cooking: Exploring the Mysteries of Jewish Cuisine The Book That Taught Europeans How to Cook in Palestine The Strange Connection Between a Medieval Shopping List and a Divorce Contract