European housewives who came to the Land of Israel as pioneers needed to learn how to make do with the ingredients available in their new homeland. 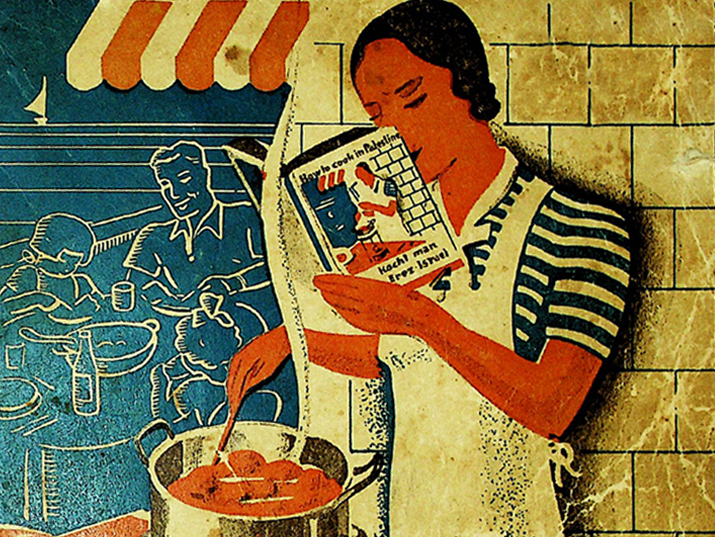 When was the last time you put ketchup on your food?

I am not talking about hot dogs, burgers, French fries or any other form of sustenance that is really just a cleverly designed excuse to ingest that spicy, sweet tomato sauce from a bottle. I’m referring to a nice, sit down meal where you take one look at the food before you and immediately squeeze a dollop of this delicious red paste onto your plate because clearly, everything is better with ketchup.

In my house – and I am sure many cooks will agree with me – putting ketchup on your plate is kind of insulting to whoever made the meal. The cook worked to create a certain flavor palette for their dish and here you are, adding a mass-produced condiment to mask the taste of the food. The nerve!

While some of you may think I am crazy and my feelings towards ketchup may spark some serious emotional debate, I want to take a step back to a time where adding ketchup to food was considered a stroke of culinary genius.

In the 1930s, a wave of immigration to the Land of Israel was underway from Europe and North America. Families packed their bags, boarded ships and made the journey to the Jewish homeland with the hopes of carving out a better life for themselves and for the Jewish people.

For the European or American housewife, the shift to running a household in the Land of Israel was drastic. The creature comforts they had known in their home countries were significantly reduced and many aspects of life needed to be adjusted to fit in with their new reality. Life in their new country was hard – there were people to meet, houses to build, land to cultivate, a language to learn and an incredible number of challenges to overcome.

When looking for comfort and familiarity in a new place, one of the first things people do is turn to the foods and flavors that have brought them that feeling of home over the years. Be it mom’s meatloaf or grandma’s chicken soup, those ingrained food memories bring comfort during difficult times. For these new immigrants, however, achieving those flavors was not so simple as the local produce and cuisine did not lend themselves to the recipes they were accustomed to in their native countries. 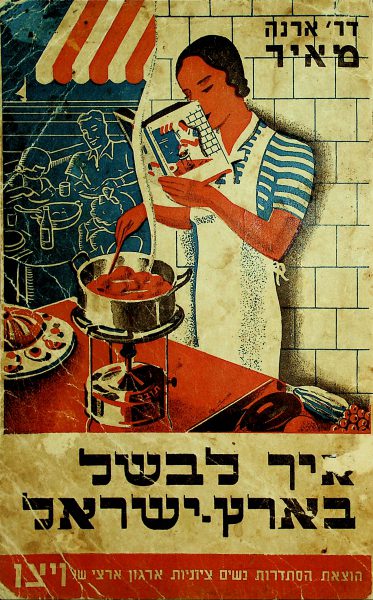 Enter Dr. Erna Meyer, an author and a teacher of cooking and nutrition at the WIZO (Women’s International Zionist Organization) Domestic Science School, who had already written and published several works on running a household when she immigrated to Mandatory Palestine in 1933. Armed with the knowledge she had gleaned after several years of living in the Land of Israel, Meyer wrote a guide for WIZO intended for the fresh-off-the-boat housewife on how to properly run her household in her new homeland. 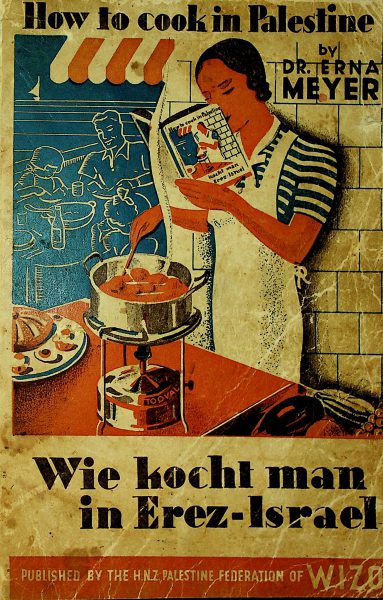 “How to Cook in Palestine” is essentially the housewife’s bible on acclimating to the Land of Israel. Printed in English, German and Hebrew side by side, the book was made to be as accessible as possible and even includes helpful elements such as measurement conversion, serving sizes and a small dictionary of important words translated from English and German into Hebrew. The book serves as a guide on how to use local produce and products in creating new homey flavors without trying to replicate the ones they left behind. 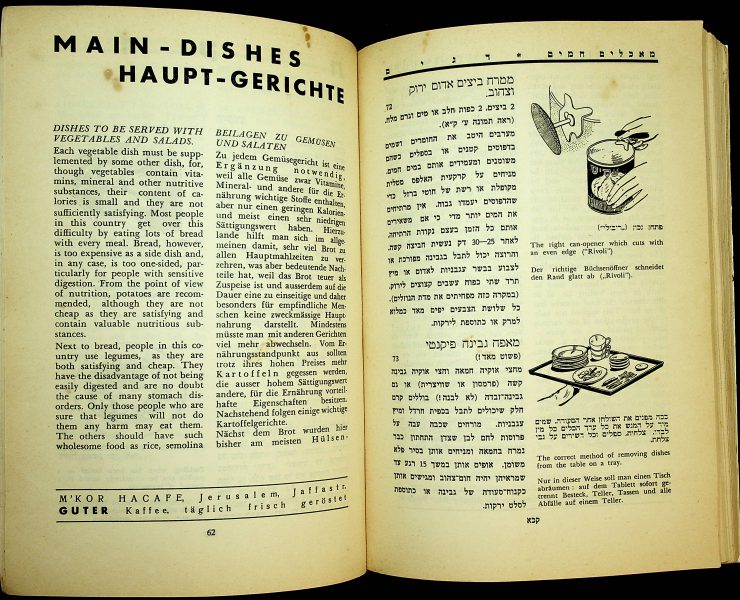 “The differences in climate and the necessary adjustments arising out of these differences compel the European housewife to make many drastic changes, particularly in her cooking – a change not so easy to achieve as it would seem,” wrote Dr. Meyer in the introduction to the book. 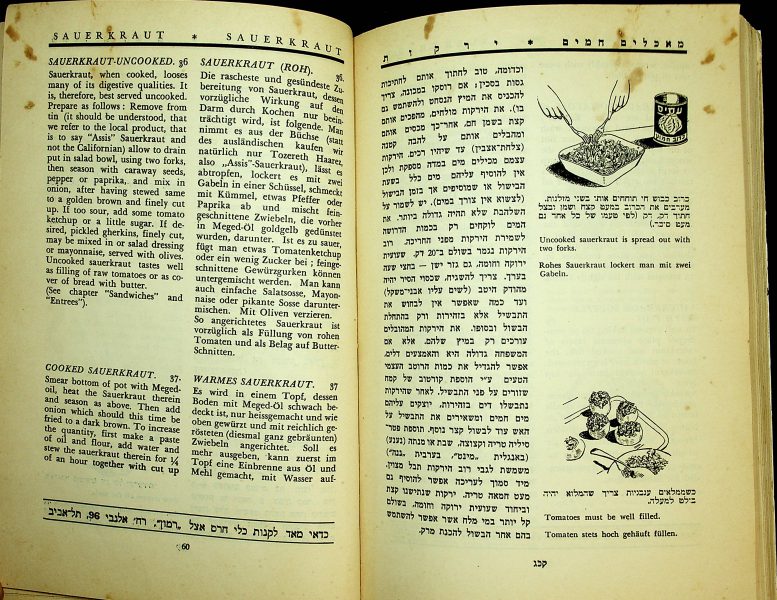 Faced with these changes, Meyer was concerned that an average housewife would find herself overburdened and overwhelmed with the task of keeping her family healthy, happy and well-fed. Her solution? Leave Europe behind and embrace the new world of cooking in the Land of Israel.

“We housewives must make an attempt to free our kitchens from European customs which are not applicable to Palestine. We should wholeheartedly stand in favor of healthy Palestine cooking.” 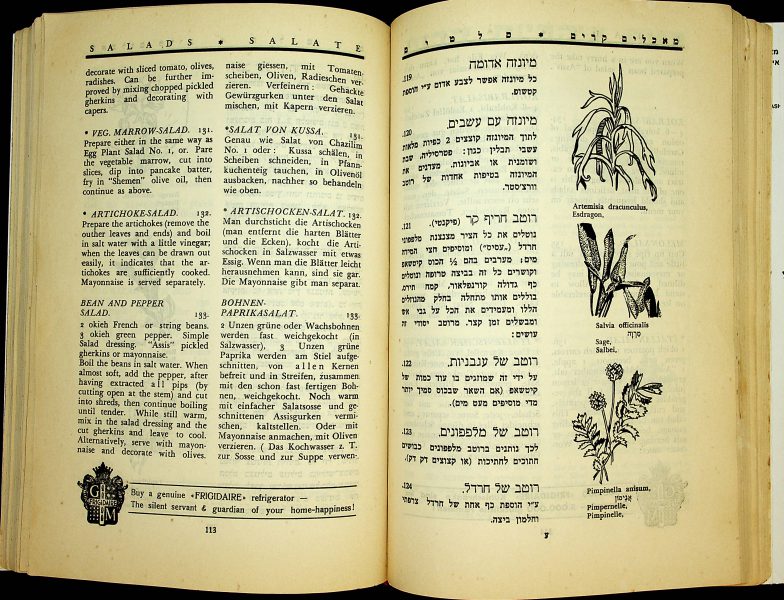 The book includes full chapters on cooking with vegetable oil in place of butter, how to navigate the world of exotic local spices and how to properly cook with electricity. Only once the housewife understood the changes she would need to make in her cooking would she arrive at the recipe section of the book. Dr. Meyer included a wealth of recipes for main dishes, sides, desserts, and drinks specifically tailored for local produce and protein options to help the housewife “to become acclimatized to our old-new homeland.”

Now, you may be asking yourselves what does this have to do with the great ketchup debate? 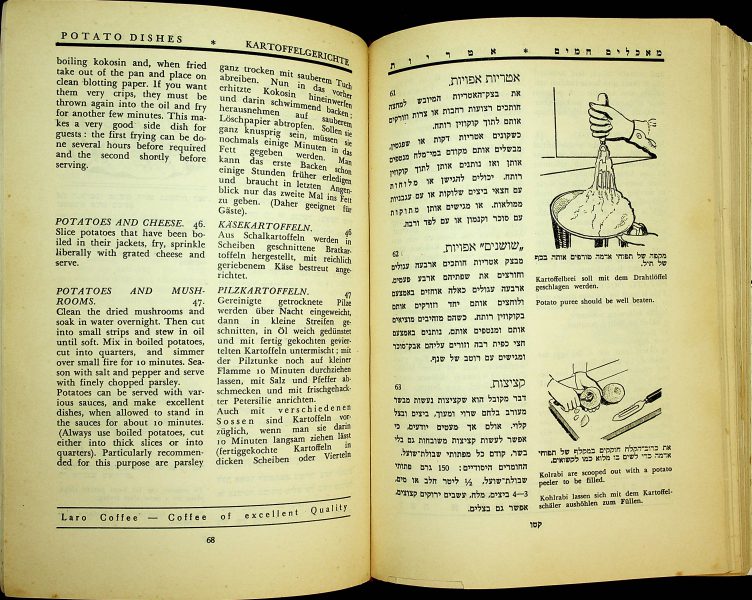 Interestingly enough, Dr. Meyer proved to be a big fan of ketchup and in her book, she strongly suggested women consider adding the condiment to their recipes as a way to complement the spices in the dishes and because “the rich red color is pleasant decoration to many foods.”

According to Dr. Meyer, “Tomatoketchup is made of a spicy seasoning and the pulp of boiled tomatoes. In this, the housewife has many spices combined in one and not only means of seasonings but also the tomato is one of those few vegetables which retains their vitamins after being boiled.”

It did help, of course, that Assis, a local ketchup and condiment producer, assisted with the publication of the book.

So, for those of you on the side of ketchup, it appears you have the full support of an expert homemaker – especially if you are living in Israel and are looking to dress your meat or fish. If that is the case, Dr. Meyer suggests, “One tablespoonful is enough but if a stronger seasoning is preferred, two or three tablespoonfuls may be used.”

Get a taste of “How to Cook in Palestine” with these recipes (one of which includes ketchup)!

Various root vegetables (bulbs of celery and parsley, beet roots, kolrabi) can be used. Ehred [sic] and boil the vegetables in a little saltwater until nearly done. Then put these in a deep casserole, which had been smeared with oil. And add any desired fresh fish, cut into portions and salted. Between the slices you can add some “Assis” tomato-sauce or ketchup. Stew over small fire, with tightly covered lid. For about 20 minutes.

Discover a world of Jewish cooking:

Exploring the Mysteries of Jewish Cuisine