The Nuremberg Laws: The Ban Against Jewish Blood

At an assembly of the Nazi Party in September 1935, the Reichstag passed laws that stripped German Jews of their citizenship 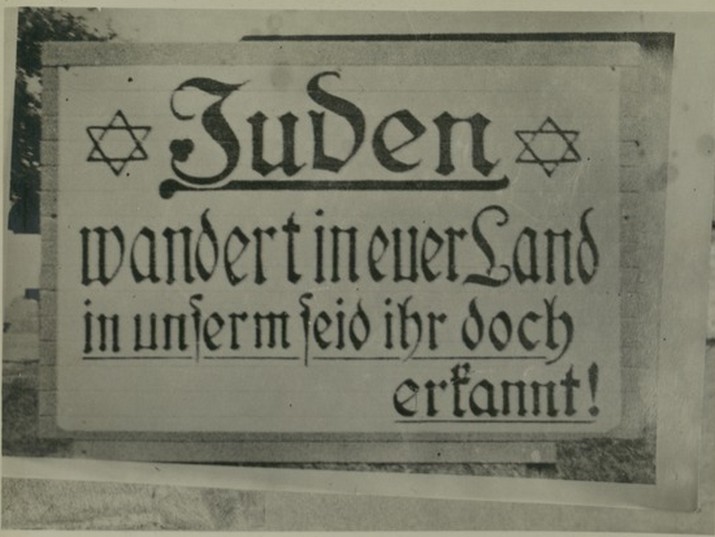 From the moment of their appearance on the stage of history, the National-Socialist Movement, its leader, Adolph Hitler, and his immediate associates left no room for doubt regarding their racist views, mainly concerning Jews. The anti-Semitic assassinations carried out by the Nazis already in the days of the Weimar Republic was certainly not exceptions to the rule, and Hitler himself often referred to Jews in both his speeches and his writings. The Nazi leader and his supporters believed that the Jews were responsible for a long succession of ailments in German society in particular, and in human society overall.

These crude and unsophisticated ideas were fed by old anti-Semitic prejudices that had existed in various European societies from as early as the Middle Ages. Beginning in the last years of the 19th century, various racial theories gradually gained acceptance among Western anthropologists, and many believed that the health of the human race depended upon the preservation of “racial purity.” When this thinking even became a field of academic research, Nazi hatred of “the non-German races” found very fertile ground in which it could take root.

With the Nazi rise to power on January 30, 1933, aggressive anti-Semitism became a guiding principle for the official policy of the German authorities towards Jews. Already in April 1933, a law was passed enabling the termination of employment of all state employees of Jewish origin. The new rulers of Germany and the inhumane steps they took caused many German Jews to immigrate to other countries including the Land of Israel. 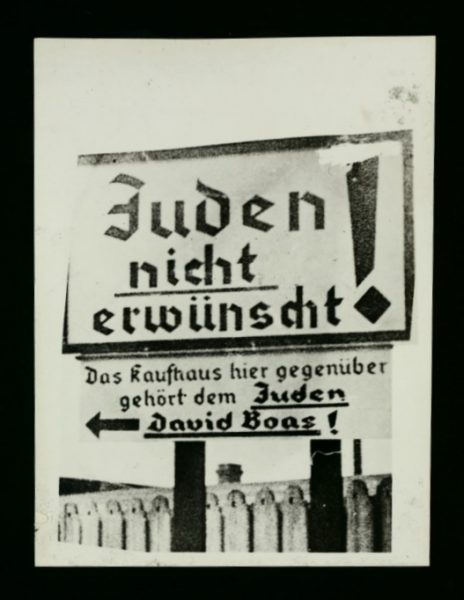 Beginning in 1927, members of the National-Socialist Party started convening in Nuremberg for their annual assemblies. Over time, Nuremberg became the permanent site of the party’s assemblies, which were held there consecutively from 1933-1938. For the seventh assembly of the Nazi Party, in September 1935, thousands of supporters of the regime gathered as usual, and at the last moment, all members of the Reichstag – the German parliament, or, more precisely, the grotesque political body that remained after the Nazis took care to fill the entire chamber from their own ranks – were also invited. In a supposedly democratic move, the heads of the Nazi party introduced three laws for a vote in the Reichstag: the law concerning the German flag, the Reich Citizenship Law, and the Law for the Protection of German Blood and German Honor.

The three laws were brought up for vote with full Nazi regalia serving as the decorative backdrop, at a mass, showcase event. The members of the Reichstag, needless to say, approved the three laws unanimously. All three pieces of legislation received the status of “Basic Laws”, laws with a fundamental and special significance in terms of the constitutional structure of the country. For those living at the time in Germany – Jewish and non-Jewish citizens alike – the significance of the new legislation was not sufficiently clear. It quickly transpired, however, that the laws passed at Nuremberg, which later were named after the city, in effect brought an end to the process of the emancipation of German Jewry, while stripping them of their citizenship.

The practical significance was that the laws derogated the basic rights of Jews, such as the right to vote in political elections, and prohibited marital and extra-marital relations between Jewish and non-Jewish Germans. Persons caught in such relations with a Jew were subject to punishment, and new marriages between Jews and German became impossible. Any new couple of this type was considered guilty of “blood defilement” (Blutschande). Later, terminology was devised for various gradations of “Jewish blood” based on one’s family tree, and categories were established such as “full Jew” (Volljude), “half-Jew” (Halbjude) and “quarter Jew” (Vierteljude), in order to define to whom exactly the Nuremberg Laws applied. During the years of the Nazi regime, these categories determined who would live and who would die, and tremendous numbers of people were influenced by them since they were dependent on the legal status accorded to them by the laws.

Understandably, within Nazi Germany, no voice of protest against the Nuremberg Laws was sounded, but outside of Germany, the laws and their ramifications still aroused no outcry or noteworthy public response. Less than one year after the Nuremberg Laws went into effect, most of the world did not see cause to refrain from participating in the Berlin Olympic Games, and today, it is known that many of the delegations adhered to the racist German policy: not only did Germany prevent Jewish athletes from participating in the competitions, but even the American delegation hesitated to allow for Jews to appear in the games.

The Nuremberg Laws remained in effect until the end of the Third Reich and were also implemented in Austria after it joined Germany in 1938, as well as in all of the territories occupied by Germany during WWII. In September 1945, these laws were annulled by the Allied Powers while they were administering occupied Germany. Both the Nazi assemblies in Nuremberg and the demonstrative act of legislating the Nuremberg Laws in the same city, served as criteria for the selection of Nuremberg as a symbolic site for the foundational event at the end of the war: the trials against the heads of the Nazi regime and its chief criminals, which began in November 1945, were held in the same city whose name signified the race laws. Now, the city would be forever branded by the expression “The Nuremberg Trials.”

In this context, it is fitting to tell the story of one Dr. Hans Globke, a legal expert who was among those quick to praise the Nuremberg Laws in 1935, yet when they were canceled with the defeat of Germany, his legal career did not end.

As a senior official in the Prussian Ministry of the Interior, Globke was one of the first lawyers to publish a scholarly interpretation of the Nuremberg Laws. In 1936, together with Wilhelm Stukart, he published a detailed commentary with a long introduction, a text that exuded Nazi ideology. However, with the end of WWII, his great legal knowledge opened new horizons for him in the “new Germany.” After 1949, he became a close associate of Chancellor Adenauer and ultimately, and was ultimately even appointed Chief of Staff of the Chancellory of West Germany in 1953. Globke served in this key role until Adenauer’s resignation in 1963.

The burgeoning career of a person who had been an ardent supporter of the Nazi race laws aroused grave doubts among many in Germany and the world as to the reliability and validity of the “new Germany” that emerged after WWII and the Third Reich.