Exploring the Mysteries of Jewish Cuisine

The Jewish people have wandered the face of the globe, picking up various culinary traditions, rendering “Jewish food” into a wide and somewhat undefinable genre of cooking. 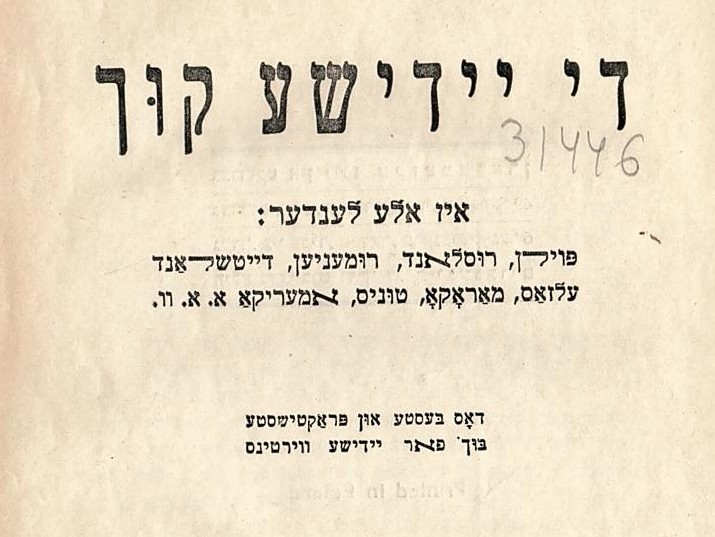 Throughout history and under different circumstances, the Jewish people have journeyed across the world, bringing with them their rich cultural heritage and traditions to their new destinations. When arriving and settling in a new place, Jews, influenced by the world around them, would adopt local customs, something that is strongly reflected in the different food cultures that developed in both the Ashkenazic and Sephardic traditions.

The breadth of Jewish cooking spans as wide and as far as Jews have traveled. The culture of food in different Jewish communities often reflected the social and economic status of the Jews in that particular part of the world at a specific point in time. Many classic Jewish foods also reflect Kashrut, the laws that pertain to dietary restrictions, and other Jewish laws that apply to issues of food and cooking in general. The global reach of the Jewish people means that Jewish food has no perfect definition, but rather a wide range of influences that left their mark and guided the Jewish kitchen to become what it is today.

Modern Jewish cuisine has evolved and grown over time but those classic dishes, the ones that smell and taste of home, draw people back to their roots no matter where those roots were planted. From the shtetls of Poland and Hungary to bustling metropolises in Egypt and Morocco, Jewish food has evolved and diversified all the while holding strong to Jewish tradition, creating a historical connection between the journeys of Jewish people and the food that they eat.

Interestingly enough, while Mizrahi and Yemenite foods are extremely popular in mainstream Jewish cooking today, especially in Israel, research on the subject yielded few written recipes or cookbooks from Jewish communities in the Middle East and the Orient. Instead, the National Library of Israel collections yielded such fascinating items such as a small cookbook from Poland that is filled with recipes for Middle Eastern cooking written in Yiddish.

“Dei Yiddishe Kuch,” a small and inconspicuous cookbook with a green and brown spotted cover written by B. Shafran was recently rediscovered in the collections of the National Library of Israel and serves as an interesting example of the global reach of Jewish food. Printed in Warsaw in 1930, the cover page promises recipes from a wide range of countries including but not limited to Poland, Russia, Romania, Germany, Alsace, Morocco, Tunisia, and the USA – and it delivers.

A quick flip through the yellowing pages reveals Eastern European recipes for gefilte fish and kugel printed alongside North African dishes like couscous and shakshuka. While for some this may seem like a stretch, this unassuming book serves as a fascinating reflection on just how connected the Jewish communities were across the world through the language of food. A Jew living in a small village in Poland could create an inherently Mizrahi dinner from a cookbook written in his or her native Yiddish all before the age of digital technology and communication. The universal language of food spread across borders and oceans allowing for the creation of that seamlessly blended flavor that is a trademark of the Jewish kitchen.

While Jewish cooking is hard to define, there is beauty in the hodgepodge of cuisines that makes up Jewish culinary tradition. It reflects the history and tribulations experienced by the Jewish people and its constant state of transformation are what keeps Jewish food so endlessly fascinating.

In honor of the Jewish New Year, a time spent dedicated to tradition, renewal, and family, the National Library of Israel seeks to bring some of the oldest and most interesting recipes from the Library collections out of the archives and back to your dinner table. Home to the intellectual and cultural treasures of Israel and the Jewish people, the National Library of Israel works to preserve and make these treasures available to diverse audiences in Israel and across the globe. A variety of items now preserved in the National Library collections mirror the journeys taken by Jewish people and the rich and diverse food culture that was developed and maintained over the centuries.

Fry a clove of garlic in a bit of oil. Add a half-pound tomatoes chopped into small pieces. Leave it cooking for a 1/4 hour. Crack four eggs whole and ‘mix’ with the tomatoes for so long until it’s done.

Explore the Mysteries of Jewish Cuisine: