Four Ketubot and a Wedding

Okay, two weddings, but this is still the strangest story you will have heard in a while... 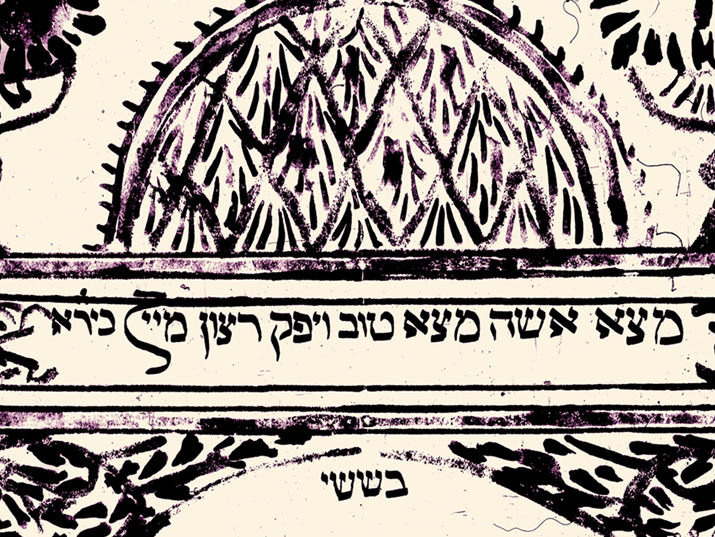 A ketubah is a traditional Jewish wedding contract. As such, it is not a particularly romantic item, and not just for the obvious reasons. Consider, for example, the four ketubot that were recently unearthed by the staff of the National Library’s Manuscripts Department on an old microfilm reel. These four documents appear to attest to a strange sequence of events, and they unfortunately represent the only evidence available…

The story begins in Italy. The year was 1842, and in the port city of Trieste (which served as a free-trade zone of the Austro-Hungarian Empire) the dear bride-groom Jehoiakim ben Shimon Schulhaff was being wed to the honorable virgin Leah bat Yaakov Gabriel. The groom’s signature and that of the two witnesses at the bottom of the ketubah sealed its validity. But, apparently, the groom did not hold up his end of the bargain, failing to financially support his bride, and soon enough she was married to another suitor.

A year and a half after the lavish seaside wedding at Trieste, a second ketubah was inscribed, but not signed, in another Italian port city, Ancona. On the thirteenth day of the month of Iyar, in the year 5604 (1844), the same young lady – Leah bat Yaakov Gabriel – was to be married once again. This time, the groom answered to the name Joseph ben Yehuda Schwarzenberg.

Neither the groom’s signature, nor the two required witness signatures appear in this second ketubah. This made it a matter of no consequence whatsoever for our honorable bride to be married yet another time, this time to (according to our best estimation) the former groom’s brother – Gershon ben Yehuda Schwarzenberg. Did this unusual arrangement for a wedding offer any benefit to the Schwarzenberg family? Perhaps they got a better deal on the catering? Whatever the reason – the ketubah indicates that this festive event took place on the sixteenth day of Iyar, only three days after the date on the previous ketubah. This time, the wedding was supposedly held on the Mediterranean island of Corfu, raising the possibility that the whole episode was a ruse meant to disguise the smuggling of the couple out of Italy. The third ketubah is also unsigned, meaning the union was never given the kosher seal of approval, the document remaining null and void.

This fact, however, served to enable the existence of the aforementioned fourth ketubah! This wedding would be held even further away from Italy, on the shores of the same sea but on a different continent. The event was to be set in Alcara (near Fustat), part of modern-day Cairo in Egypt.

Ketubah number four was composed and signed on the 29th of the same month and year as the previous two. The newlyweds were the same couple appearing on the Corfu ketubah – Gershon ben Yehuda Schwarzenberg and Leah bat Yaakov Gabriel. This time, the document was signed. Incidentally, in the ketubah we see here, the groom’s last name was written incorrectly (“Schwarsenbilgi”), indicating that the scribe was not familiar with Ashkenazi surnames.

The National Library’s Manuscripts Department is at a loss as to the meaning and significance of this strange affair. They even declined to comment for this article. At any rate, mazal tov to the newlywed couple!   The National Library of Israel is in possession of the largest collection of ketubot in the world. You can browse through them here.   If you liked this article, try these: The Jewish Connection of a Jamaican Almanac The Package is Secure: How Jewish Women Were Smuggled to Safety in 19th Century Italy Spotting a Fake: The Flourishing Industry of Jewish Manuscript Forgeries