Beautiful, inexpensive and easy to use – postcards were once among the most popular forms of correspondence. In honor of their 150th anniversary, we take a look back at some early examples 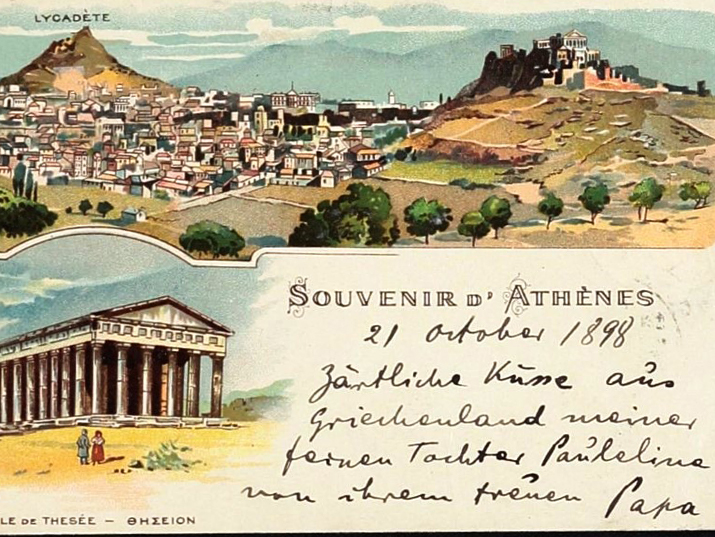 A Greek postcard sent by Theodor Herzl to his daughter, Paulina, in 1898

Few of us still take the time to sit down, pull out a piece of paper and write a handwritten letter. Perhaps even fewer still choose to make use of the letter’s “little sister” – the postcard, which nowadays commonly features a picture of a tourist site.

Postcards were first produced in the middle of the 19th century, when a few small companies were given concession to distribute cards with a limited number of words on them. However, the breakthrough occurred on October 1st, 1869, when the Austrian Postal Authority officially announced the new medium that was to serve the general public. Following the Austrian resolution, many countries around the world joined in the new trend. Postcards had an advantage; they were often sold with a stamp already printed on the card, with the price being lower than that of a letter stamp.

For the sake of comparison, you could say that the postcard served a similar function to that of the modern electronic text message. Short messages were sent from one location to another and thanks to the relatively quick delivery times and frequent distribution of mail (in some cases more than three times a day), more and more people began using postcards.

Soon after, postcards began being developed with pictures printed on the backside – paintings, portraits and landscapes. The new medium became extremely popular, with postcards being sent in large quantities, originally in black-and-white print, and later in color, using chromolithographic technology.

Remnants of the massive popularity of postcards during the 19th and 20th centuries can still be found today. Museums carry large public collections, as well as private ones, sorted by era, motif and the like. Many postcards are also found scattered in archival collections, among correspondence which was more commonly conducted via letters. Naturally, personal archives hold more postcards than institutional archives, as sending a postcard to a government office or an official authority would generally be considered inappropriate. The National Library of Israel also has many postcards in its collections, distributed among the different correspondence files as well as in our special Postcards Collection.

In the gallery below you can view a selection of postcards from the NLI collections: 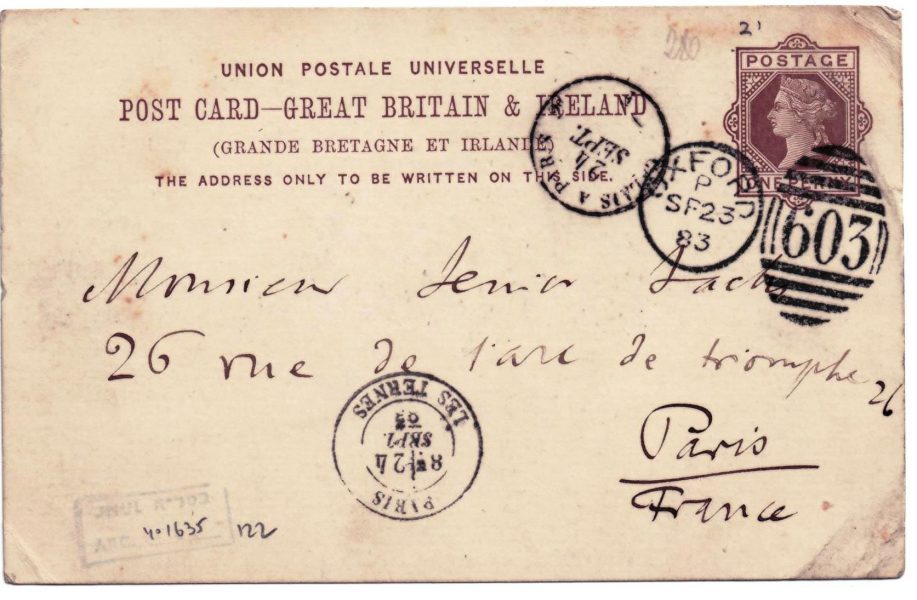 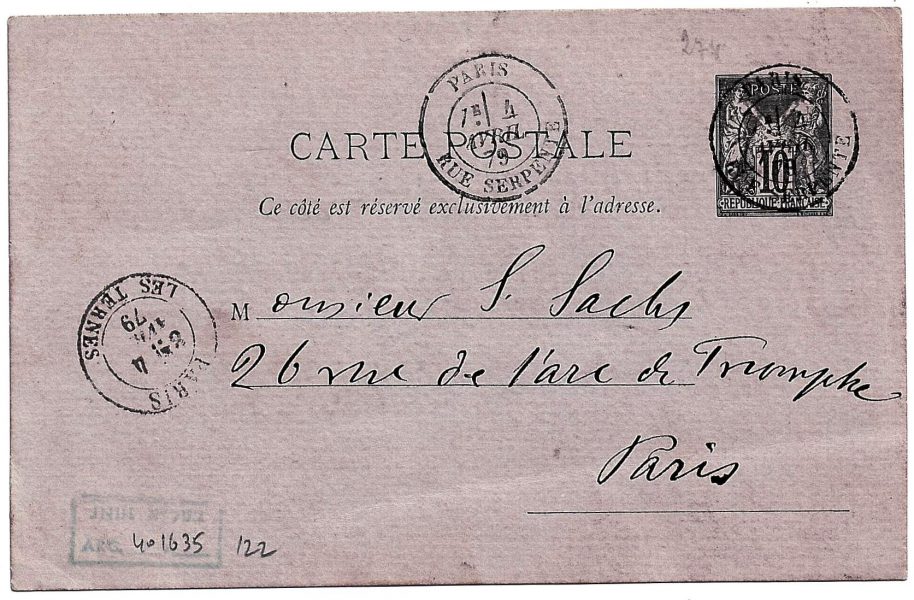 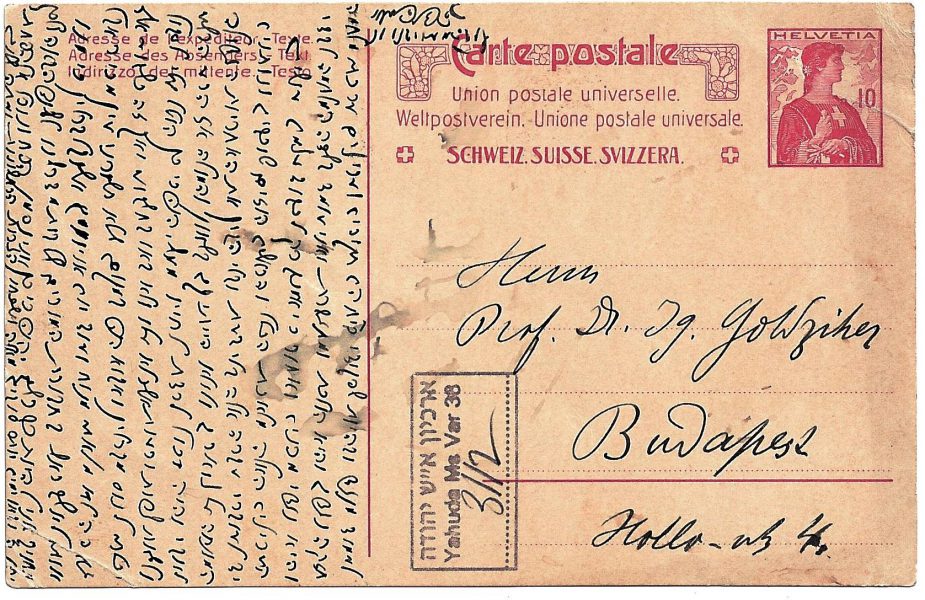 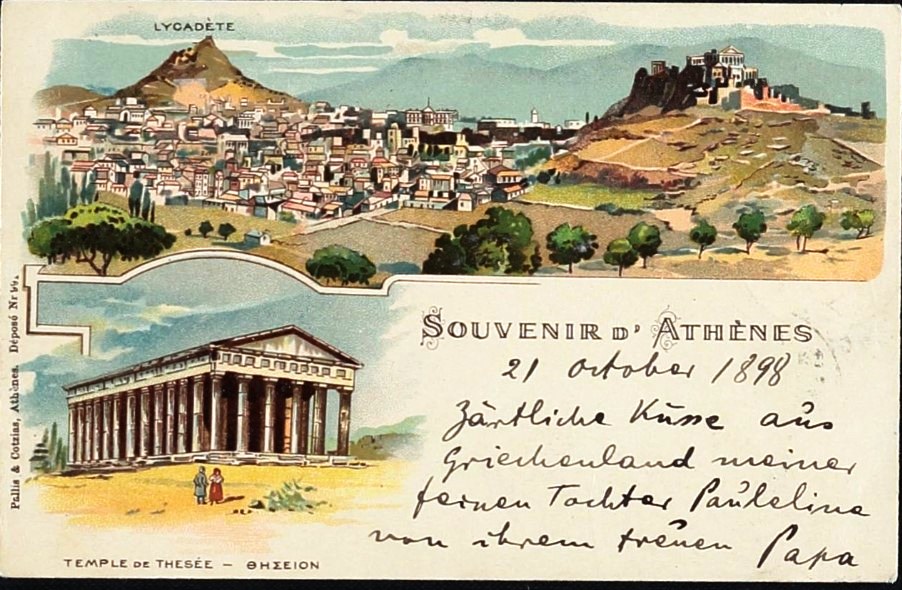 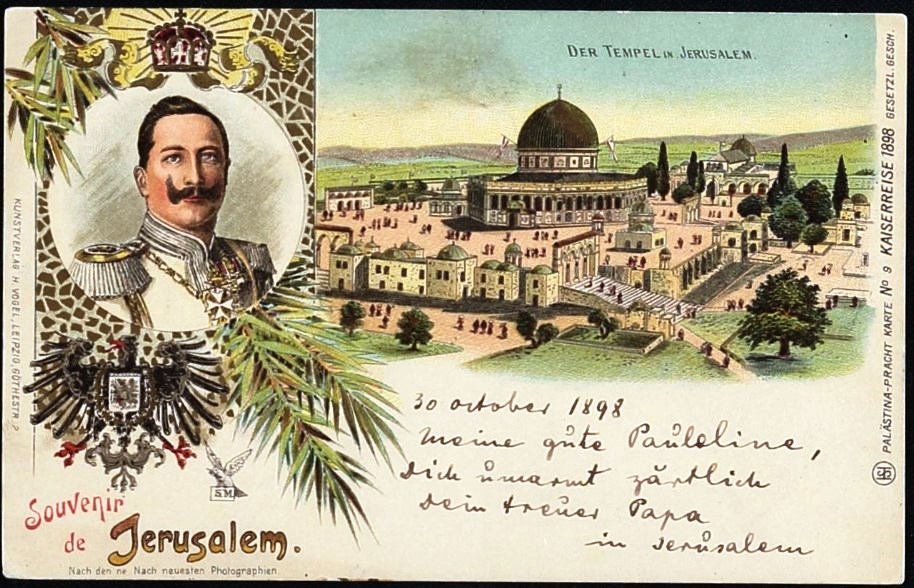 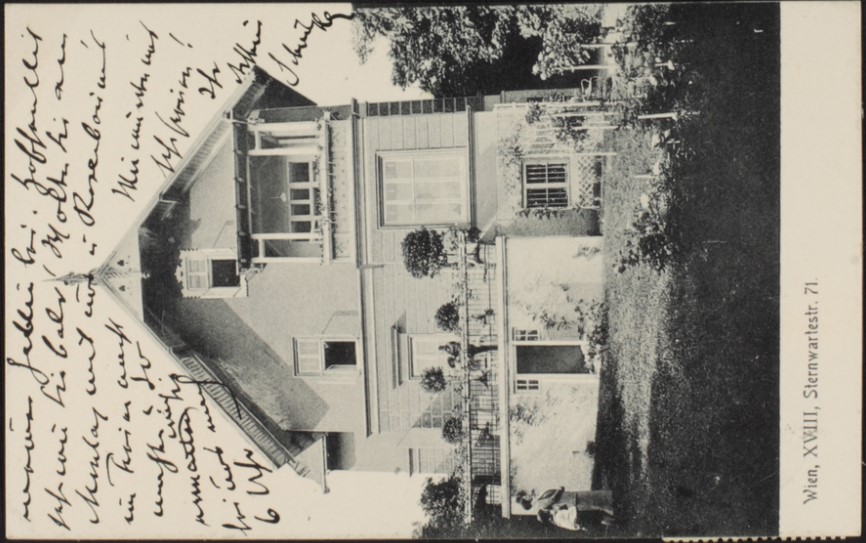 If you liked this article, try these: The Beautiful Postcards Theodor Herzl Sent to His Daughter In Vivid Color: Century-Old Postcards Depict the Lives of Jewish Immigrants to America That Time David Ben-Gurion’s Father Sent Him Some Cash