Out of the Vault: Incredible Torah Scrolls Revealed 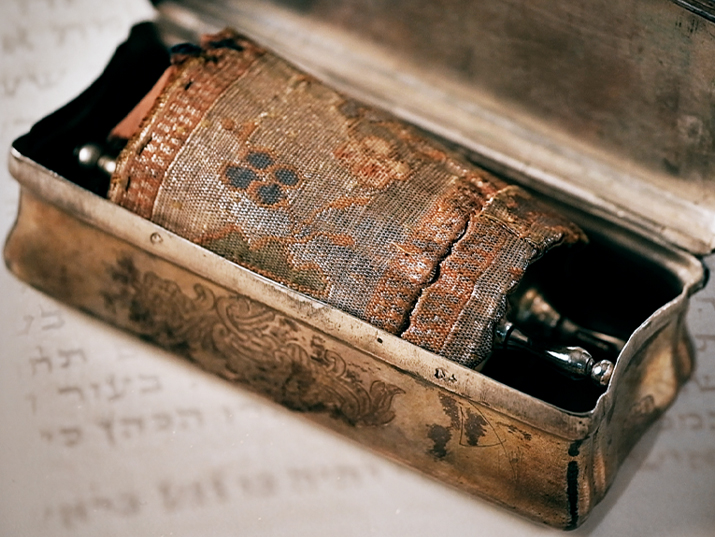 For thousands of years, Jewish communities across the globe have treasured one object above all others: the Torah scroll – the five Books of Moses meticulously handwritten on parchment.

The National Library of Israel in Jerusalem safeguards numerous Torah scrolls among millions of other treasures. Their letters are largely identical, yet as historical objects some are certainly more interesting and significant than others.

Due to their invaluable nature and fragile state, these treasures are very rarely ever removed from the National Library vaults, but – with the approval and oversight of our experts – we managed to take a few of them out briefly in order to to give you a glimpse and share their stories!

Yemenite Torah Fragments from 1,000 Years Ago

These fragments from an approximately 1,000 year-old Yemenite Torah scroll were found in a bookbinding, for which they were used as raw material long after the scroll was originally written:

This Torah scroll was used at the Kahal Shalom Synagogue in Rhodes for centuries. The local mufti is said to have hidden it from the Nazis under the pulpit of a local mosque, where it subsequently survived the war, even though the vast majority of the Rhodes Jewish community did not:

Legend has it that in the late 16th century a Jewish merchant and adviser to royalty served as King of Poland for just one day. Some believe that this was his personal Torah scroll:

This may not be the world’s smallest legible Torah scroll, but at just 6 centimeters (2 1/3 inches) in height, it’s certainly one of them:

These clips were created for the holiday of Shavuot, which celebrates the giving of the Torah, as part of A Look at the Jewish Year, a journey through the Hebrew calendar via the peerless collections of the National Library of Israel and the Jewish people worldwide.

The project is part of Gesher L’Europa, the National Library of Israel’s initiative to connect with people, institutions and communities across Europe and beyond, through storytelling, knowledge sharing and community engagement.