Pesah Hevroni: Among the great Jewish mathematicians of the twentieth century, inventor and brilliant scholar, native of Jerusalem

The archive of Dr. Pesah Hevroni is not large, but it succinctly and accurately recounts the tragic story of one of the great Jewish mathematicians of the twentieth century, an inventor and brilliant scholar born in Jerusalem, who never quite came into his own 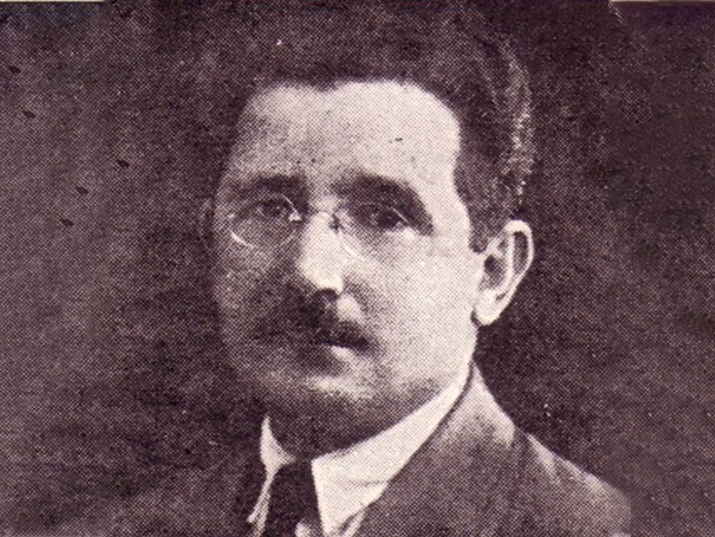 The archive of Dr. Pesah Hevroni is not large, but it succinctly and accurately recounts the tragic story of one of the great Jewish mathematicians of the twentieth century, an inventor and brilliant scholar born in Jerusalem, who never quite came into his own. Its scant folders of letters and documents contain – in addition to an impressive correspondence with the world’s leading mathematicians of the first half of the twentieth century – a concise account of the intellectual world of this scientist and inventor who spent most of his life in Jerusalem.

Pesah Hevroni was born to a Chassidic (Chabad) family in the Mazkeret Moshe neighborhood of Jerusalem in 1888. He attended yeshiva at Etz-Hayim and Beit Hamusar and was considered a prodigy in the world of Torah study. However, the life of this bearded, sidelock-sporting, yeshiva boy took a dramatic turn when he discovered a book on cosmography – Shvilei Derakheha – in his grandfather’s library.  Appended to this book was a booklet containing short, illustrated introductions to planary geometry, trigonometry, and other mathematical areas. Intrigued by the discovery, Hevroni set out to learn more about the subject. The first stop in this quest was Beit Hasfarim Midrash Abravanel on Chabashim Street, the earliest iteration of the National Library. He hoped to find more books on mathematics in the library in order to feed the intense curiosity that had awakened in him. However, as Yosef Yoel Rivlin tells us, the road leading to the library was not without its obstacles. He was forbidden to visit this institution, which the extremist factions to which his grandfather, R. Hayim Elazar belonged regarded as profane.

Despite the difficulties he faced, the young yeshiva boy managed to acquire a significant body of mathematical knowledge from books and independent study. The more he learned, the clearer it became to him that he needed to leave the world of Torah study and undertake secular studies, specifically in the sciences, to which he was drawn. Thus, the shy yeshiva boy found his way to the most zealous intellectual in Jerusalem at the time, Eliezer Ben Yehuda. Ben Yehuda, discerning Hevroni’s technical abilities, believed he could find him a place among the students of Boris Schatz, who had just founded the arts and crafts school of Bezalel. Hevroni’s encounters with Ben Yehuda and Schatz led to further encounters with leading figures in education in Palestine at the time, who were immediately impressed by the young man’s exceptional talent. With their help, he finished his high school studies quickly. Then, having cut off his sidelocks and shaved his beard, he was sent to study mathematics at university in Zurich, Switzerland, thanks to the assistance and encouragement of Paul Nathan. In 1914, shortly before the outbreak of the First World War, Pesah Hevroni earned the title doctor of mathematics. He was the first native of the old settlement in Palestine to earn this title.  When he informed his teachers in Zurich, who nicknamed him “the Star of the East”, that he intended to return to Jerusalem immediately, they were extremely upset and tried to deter him, but to no avail.

Despite his incisive mathematical genius, Hevroni did not manage to take his place among the faculty of the newly established Hebrew University. An exchange of letters in his archive testifies to the fact that, although he taught at the university from its first day and was actually among the founders of the institute of mathematics, the university administration persistently refused him tenure as a lecturer.  A letter sent to him by Professor Hugo Bergman of the Hebrew University, and a former director of the National Library, was intended to help him achieve his goal of tenure. However, despite a recommendation from Albert Einstein and warm words from Hugo Bergman, this was not to be. A humiliated and rejected Hevroni was forced to pursue his research outside of the only academic center in the country at the time, in conditions of abject poverty.

Hevroni’s archive contains letters from the world’s greatest mathematicians, to whom he sent his articles and studies, many of which were published in various contexts all over the world. Hevroni did not rest on his laurels but participated in founding the Israel Association for Mathematical Research, worked to further science education in the country, and nurtured many students, some of whom became important scholars.

In addition to his mathematical research, Hevroni dabbled in inventing. A letter from the manager of the Mograbi Cinema in Tel Aviv teaches us that Hevroni invented a planetarium that made use of the theater’s projectors. Towards the end of his life Hevroni also became absorbed by the idea of world peace, and even began an essay on the subject, which he entitled “Journal of Peace.” It appears that he never completed this piece, but even the excerpts preserved in his archive, written in fine pencil and beautiful script, bear testimony to the fascinating spirit of this special individual.

Pesah Hevroni passed away on 18 Adar 5723 (1963), on his seventy fifth birthday. Yosef Yoel Rivlin learned from his sister that “even in his final moments, his fingers moved over the bedcovers as if writing mathematical forms and equations, and his lips continued to move….”