​Dracula? He’s nothing compared to the first vampire in history, the one and only Lilith. Among her many “hobbies”: hounding humankind, causing crib death and night emissions in men, and sucking blood. 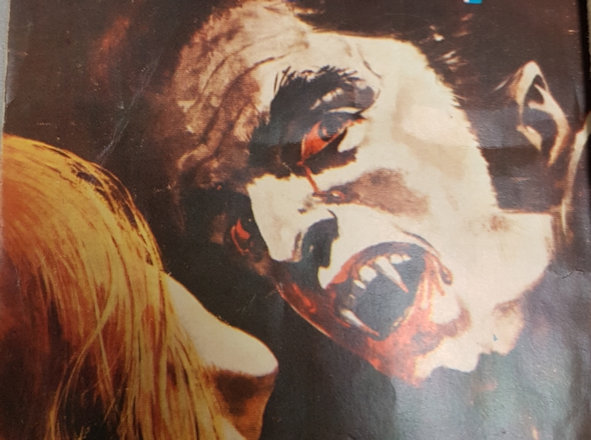 On May 26, 1897, the novel Dracula by Bram Stoker was published. The novel caused a sensation and initiated an entire genre of vampire literature and culture, from the books Interview with a Vampire, to the film series Twilight, and the television series True Blood and even an Israeli Vampire series, titled Hatzuya (“Divided”), which was broadcast in over sixty countries around the world.

But in fact, vampires and demons were not created with Dracula. They have been part of human imagination since the dawn of humanity. Evidence of vampire-like creatures called by different names can be found as far back as Sumerian and Babylonian mythology. The Jewish source for vampirism is mentioned in connection with Lilith, the first wife of Adam—who even made a guest appearance in one of the seasons of True Blood. The series creators who were familiar with the myth, gave the Lilith of Genesis an honorary role in season five in which they suggested that God had created the vampires as a race superior to humans.

Two versions of the creation story appear in Genesis. The Midrash explains this by saying that first woman was created as man’s equal, and she was called Lilith (“Male and female He created them,” Genesis 1, 27). The two first human beings argued because Lilith wanted to be on top during sex, and when Adam would not agree, claiming that she was lesser than him, she pronounced the ineffable name of God and abandoned him in Paradise.

God sent three angels to find her סנוי, סנסנוי וסמנגלוף   (Sanvay, Sansavay, and Smangalof), and when they reached her she was already deep in the ocean. She chose to become the wife of the king of the demons, Ashmadai, and she too became a blood-sucking demon. They begged her to return to Adam but she refused. As punishment they commanded that one hundred of her newborn sons would perish every day. In revenge for this terrible punishment she announced that she would pursue the human infants, the children of Eve.

Thus, according to Jewish tradition, Lilith is believed responsible for crib death. Boy are especially vulnerable to her influence until the ninth day after their birth, and girls until the twentieth day. To avoid her harmful influence, even today there are new mothers who carry a picture of the three angels in their purse or hang the picture over the crib of the newborn, for according to the Midrash the angels came to an agreement with Lilith that she could do any harm in any place where she sees their names. After Lilith left Paradise, Eve was create from Adam’s rib, as subordinate to him.

How to Protect Oneself against a Vampire

Garlic cloves can be used to protect against vampires. One can also use a crucifix, holy water, or a Star of David, since the Vampire being a Satanic, soulless creature, is the antithesis of holiness and is repelled by religious symbols.

In addition, if a vampire is chasing you, it is recommended to throw a handful of sand, rice or salt at it. According to folkloric legends about vampires in various mythologies – Chinese, Indian and Slovakian – the vampire is cursed with an obsessive compulsive disorder related to numbers (arithmomania) and must count any granules in his path. One of the ways to escape a vampire therefore is by distracting him by throwing a handful of rice or any other granules in his way, which will force him to stop to count them and thereby delay his pursuit. In the 1970s, this characteristic was adopted by the creators of Sesame Street for the character of Count Von Count. Besides the amusing pun with regard to his name (Count is an honorific title and also the verb “to count”), he is a Transylvanian vampire who speaks with an accent, wears a cape like Dracula as portrayed in the early film by the actor Bela Lugosi. This characteristic was also adopted by the creators of the Israeli vampire series Hatzuya.

Odelia Barkin-Kamil is a vampirologist. She lectures on vampires in popular culture, mainly in film and television as an inspirational and empowering figure.

Special thanks to Dr. Zvi Leshem and Yuval De MalachDemalah of the National Library of Israel’s Gershom Scholem Library Collection for their help in locating sources and in the preparation of this article.