How Did Jewish Children Learn to Write a Thousand Years Ago?

Home > Jewish Manuscripts > How Did Jewish Children Learn to Write a Thousand Years Ago?
Judaism

How did children practice their Hebrew letters in Medieval times? A glimpse through the Cairo Geniza offers us an answer and reveals that not much has changed. 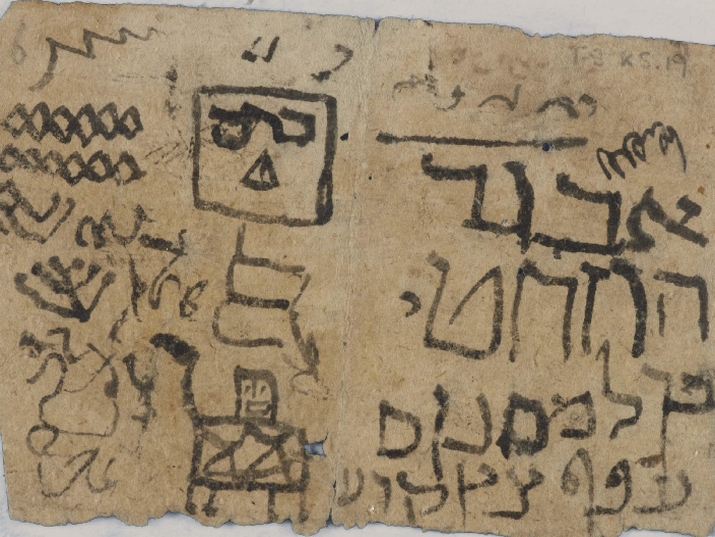 How do children practice writing the Hebrew alphabet?

By writing each letter, one at a time, over and over again, of course. This is common practice today and it was common practice back in the middle ages. There are several pages preserved in the Cairo Geniza which contain these types of children’s writing exercises. The Cairo Geniza is a famous collection of ancient Jewish manuscript fragments that was originally stored in Cairo’s Ben Ezra synagogue. It contained around 300,000 items, some of them over a thousand years old.

Often a child would learn the entire alphabet and practice writing all the letters in a row. You can see that kind of practice sheet here, accompanied by children’s drawings drawn on the margins of the page.   More skillfully written letters may have been inscribed by the Sofrim (scribes of religious scrolls) in order to teach the children the most correct way to write Hebrew.

As Geniza scholar S. D. Goitein remarks, “Even then they understood that the most efficient way to teach is by making it into a game. The letters were written in different colors, the teacher would stencil large outlines of letters and the child would fill them in with red, brown, green, and any of the other abundant colors… or the other way around, the teacher would draw letters in black ink and the child would give it a colorful frame.” (From S.D Goiten’s book:  Jewish Education in Muslim Countries, Jerusalem 1962)

These practice sheets that show the methods used a thousand years ago were discovered in the Cairo Geniza.

Translated and abridged from the original Hebrew article by Prof. Shulamit Elizur, researcher of Hebrew piyyut and poetry from the Late Antique Period until the Middle Ages.