Chilling Testimonies: How Christians Twisted the Talmud to Harm the Jews 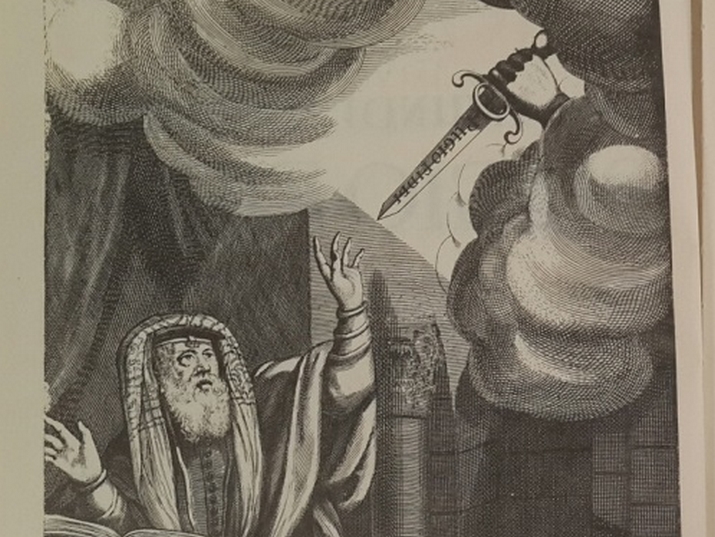 A theological debate between Jews and Christians, 1483, unknown artist

Just like the Jews who own and study them, the books of the Talmud have also experienced challenging times. They were also burned at the stake in town squares, such as in Paris in 1240 and Rome in 1553.

The physical assault on the Talmud was usually preceded by attacks regarding the work’s content. Jew-haters understood that the books themselves could be used to harm the Jews.

The topic often arose in debates between Christians and Jews, such as in Paris, Barcelona and Tortosa, when Christians or apostate Jews accused the Talmud of containing anti-Christian content. Many clergymen tried their luck at studying Talmud, even learning Hebrew and Aramaic for this purpose. It was easier for them to make claims against the Talmud if they were armed with “knowledge” of its content, even if they did not always interpret it correctly. One of the first Christians familiar with the Talmud who recorded its teaching was a Spanish Dominican monk named Raymundus Martini (1220-1285). He wrote two anti-Jewish works. One of them was called “The Dagger of Faith Against the Moslems and the Jews” (Pugio fidei adversus Mauros et ludaeos), in which Martini attempts to prove the falsehood of the Jewish religion. The lion’s share of the book is dedicated to quotes from our Sages. Martini claims that the Jewish sources collaborate the authenticity of Christianity, and that the Tosefists and the rabbinic commentaries distort the truth.

Many anti-Talmudic works were written, and the invention of the printing press enabled these slanderous works to reach wider audiences. The sources were usually distorted and falsified. Even when exact quotes were supplied, they were usually taken out of their original context, or partially translated, translated erroneously, or related to and interpreted in a modern way despite being ancient texts.

Martin Luther was an expert in utilizing the invention of the printing press to promote the ideas behind his reform. Toward the end of his life, the founder of Protestantism published a treatise called “On the Jews and Their Lies”. In this treatise, Luther attacks the Talmud, describing the work as “Idolatry, lies, curses and apostasy.” Some consider Luther’s works to be the basis of German antisemitism.

Luther was not the first German to print works against the Talmud. In 1475, the Catholic writer Peter Schwartz published the book “The Star of the Messiah”, in which he writes, among other things: “The cursed book – the Talmud, which German princes should no longer tolerate, but rather should burn forcibly”. It is interesting to note that the first Hebrew letters printed in Germany appear in this antisemitic book.

Another German, Johann Christoph Wagenseil (1633-1705), despite having a close relationship with several Jews and even studying Hebrew, wrote against the Jews, mentioning the Talmud as well. He published his views in his book Tela ignea Satanae. Among other things, he translated the Talmudic tractate of Sotah into Latin. Photographs of Jewish manuscripts which Wagenseil owned and which he used to get to know his “enemy” are kept in the National Library.

The greatest attacker of the Talmud in Germany and overall was Johann Andreas Eisenmenger, who was born in Germany in 1654. He was educated in England and Holland, where he learned Hebrew and other Semitic languages.

In 1700, Eisenmenger published his magnum opus in Frankfurt, Entdecktes Judenthum – “Judaism Unveiled”. In this work, he attacks the Jewish religion, and claims that Jewish literature such as the Talmud and Midrash spread nonsense about belief in God, defame Christianity and Jesus and permit the Jews to relate to Christians in a hurtful and derisive manner.

This work was printed in two thick volumes and is approximately 2,000 pages long.

In this book, he compiled quotes from 193 Jewish sources in Hebrew, Aramaic and Yiddish, such as the Babylonian Talmud, the Zohar, prayer books, the works of Maimonides and Nachmanides.

Eisenmenger read the sources as they are and refused to interpret them in the historical context they were written in. He claimed that Jews are commanded to take false oaths, to murder children who converted to another faith, to test medication on Christians and to sell them rotten meat.

Emperor Leopold’s court Jew, Rabbi Samson Wertheimer (an ancestor of the author of this article), requested that the Emperor halt the circulation of the book. Later, the Austrian banker and diplomat Samuel Oppenheimer persuaded the Emperor to confiscate all two thousand copies. After Eisenmenger’s death, his successor printed new copies of the book in 1711. In 1740, the confiscated books were released from the Emperor’s storehouses, where they had been kept under lock and key. One complete copy is currently found in the Gershom Scholem Collection at the National Library.

Eisenmenger’s book was the first attempt to publish a “scientific” book which quotes the very Jewish sources which ostensibly attack Christianity and Christian society. It was followed by other books printed in various countries.

However, there were also other ways to “prove” the authenticity of Christianity: in 1836 in England, a missionary named Alexander McCaul printed a weekly journal named The Old Paths. The journals were later compiled into a book which was also translated into Hebrew by a Jew who had converted to Christianity. As a missionary trying to bring Jews closer to Christianity, McCaul did not attack Jewish literature, attempting instead to write in a more pleasant manner and to prove the veracity of Christianity. The book contains quotes from the Bible, Talmud, Maimonides, Arbah Turim and the Shulchan Aruch.

Isaac Baer Levinsohn of Kremenetz was one of the foremost Russian Maskilim and had close ties with the Czar and the Russian government. In 1863, he wrote his book Zerubbabel refuting McCaul’s claims. A comment at the beginning of a later edition of the book states that McCaul rescinded his claims about the Jews before his death.

The Slyness of the Talmud’s Opponents Is Revealed

Two blood libels revealed the true faces of the Christian slanderers: antisemites who distort Jewish literature to prove whatever they desired at any price.

In 1871, August Rohling, a professor of ancient Judaism in Prague, published Der Talmud-Jude, which contains distorted and falsified quotes from the Talmud. The book was mainly a copy and re-working of Eisenmenger’s work, to such an extent that some even claim it to be plagiary. Rohling was so sure of himself and of the things he wrote that he challenged Austrian Jewry to find mistakes or lies in the book. Rabbi Shmuel Yosef Bloch raised the gauntlet and accused Rohling of ignorance and lies. Rohling sued Bloch but withdrew the suit from fear of undesirable exposure. Rohling was a witness in the blood libel in the Hungarian village of Tiszaeszlar in 1882, where he testified that the Talmud commands Jews to use Christian blood.

Another famous Talmudic scholar is Father Justinas Pranaitis (1861-1917), a Catholic priest and professor of the Hebrew language in Saint Petersburg. In 1892, he wrote a book in Latin named Christianus in Talmude Iudaeorum, where he brings quotes in Hebrew and Aramaic with their Latin translation. He took most of the material from Eisenmenger. There are indeed sharply worded expressions in the Talmud against apostates, Kutim [non-Jews settled in the Land of Israel by the King of Assyria after the exile of the Ten Tribes], Amei ha’Aretz [uneducated people] and idolaters. Pranaitis considered all the above to be synonyms for Christians, hence his desire to attack.

Like Rohling, Pranaitis was called on as an expert witness in a blood libel case. This time it was the Beilis Trial in 1912 in Russia, in which a Jew named Menachem Mendel Beilis was claimed to have murdered a Christian child in order to use his blood to bake Matzah. Pranaitis’s expertise was challenged during the trial after it became clear that he did not know the names of the Talmudic tractates. This is most surprising, as the names of the tractates appear at the beginning of his book. He also claimed the Pope’s letter opposing blood libels to be a forgery. The documents were proved to be genuine – which again damaged the expert witness’s legitimacy.

But make no mistake, even after the two modern slanderers of the Talmud were exposes as frauds, the Talmud continued to come under attack from Jew-haters and the negative attitude toward it (and the Jewish people in general) went from bad to worse. In the next article, we will examine the Nazis’ approach to the Talmud.