In the Shadow of War: When Stan Lee and Dr. Seuss Battled Fascism

After serving together in the US Army's Training Film Division during World War II, the two illustrators parted ways: Stan Lee went on to create immortal superheroes, and Dr. Seuss used his talents to try to atone for his anti-Japanese propaganda through a new and compassionate children’s book 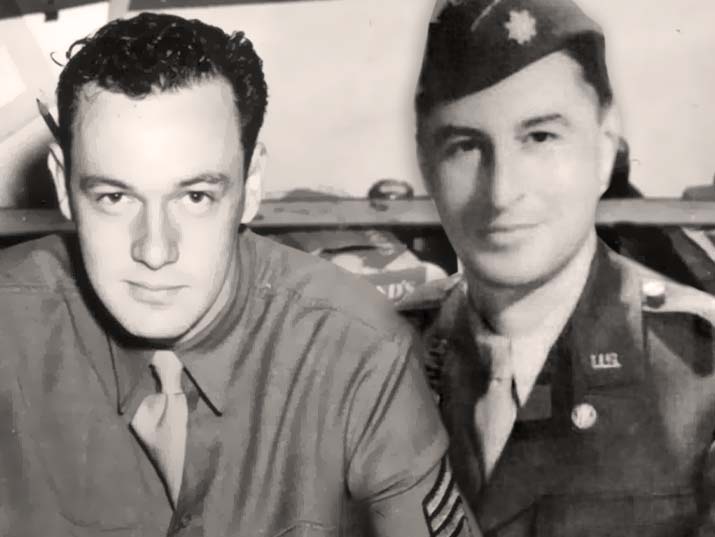 With the world at war in the early 1940s, Stan Lee, of Marvel Comics fame, wound up in the US Army’s Training Film Division almost by chance, after the military found out that he could both  draw comics and write scripts. When Lee showed up at the unit, he encountered the beloved children’s author Theodore Geisel, better known as Dr. Seuss, though he wasn’t actually a medical doctor at all. We will tell you all about this World War II-era story, but let’s begin a few years earlier…

Stan Lee (1922–2018), who would come to personify the American comic book industry, started out in the field in 1939 at Timely Comics. His initial connection with the company was through his cousin, who was married to the firm’s publisher. Throughout his life, Lee testified repeatedly that he never really wanted to work there in the first place. This Jewish-American comic book icon had dreams of writing the next “Great American Novel” that would immortalize his name in the pantheon of world literature. In fact, Stan had given himself the penname “Stan Lee”, reserving his real name, Stanley Lieber, for that great and elusive masterpiece he would one day write, when he was finally able to give up his tedious work creating comic books. Ultimately, Lee’s name did enter the global pantheon, but in a slightly different category than he had anticipated.

On his first day at Timely Comics, Lee met two other giants of the American comic book world: Jack Kirby and Joe Simon. His first credit under his new penname Stan Lee appeared in issue #3 of Captain America. When Kirby and Simon left in 1941, the 19-year-old Lee was appointed “temporary” editor, a position he would continue to fill (“temporarily”, of course) for decades to come, that is, until his promotion to publisher. Lee coined the name “Marvel” in the early 1960s as part of his decision to remain in the field and at last give up his literary dream.

Just as Lee’s career in the world of comics was taking off in New York, war was raging in Europe. In 1942, Lee was drafted into the US Army. At first, he was slated to serve overseas in the Signal Corps, but the Army very quickly recognized the new soldier’s writing talents and assigned him to the rare position of screenwriter. Lee would later claim that he and only eight others were assigned to this coveted position during the war. He was sent to the army’s Training Film Division unit, where Lee met some great talents, among them the director Frank Capra and the illustrator Theodor Geisel, a.k.a. Dr. Seuss.

In his new role, Lee was tasked with writing scripts for films intended to raise the morale of combat troops, propaganda posters for the American public, and from time to time even propaganda comics. It was at this stage that Lee’s commitment, both to the comic book profession that was almost foisted on him as well as to the position he was appointed to at such a young age, was seriously challenged for the first time. Despite being far away from the Timely Comics office in New York, he kept up a weekly correspondence with the staff, suggesting ideas for comics, and reviewing and correcting scripts. His commitment stood the test.

After the war, Lee returned to his job as a comic book editor. In the 1950s, he experienced a professional crisis, becoming dissatisfied with his own work and the traditional limitations of the genre. But in the 1960s, with the encouragement of his wife, Lee decided on a radical change – he would finally make the comic books he had always wanted to make, as a last ditch effort, with nothing to lose, before handing in his letter of resignation. He envisioned a different kind of superhero – imperfect, troubled, human.

The comic book he created, together with illustrator Jack Kirby, was “The Fantastic Four.” Together, Kirby and Lee created the great pantheon of Marvel Comics superheroes: the Hulk, X-Men, Iron Man, Doctor Strange, and more. Oh, and of course their most familiar and beloved character, the amazing Spider-Man. When Lee passed away in 2018 at the age of 95, the US Army was among those who paid tribute to this great American artist, for his contributions during wartime and later on in life.

Like Stan Lee, the writer and illustrator Theodor Geisel (1904–1991) adopted a penname under which he published his stories for children, with the intention of one day writing a great adult literary work under his real name. The alias combined his mother’s maiden name, Seuss, with the title of Doctor – a reference to his doctoral studies at Oxford, which he left in order to focus on illustration and writing. Throughout the 1920s, he worked as a cartoonist for various magazines, before shifting to writing books of children’s poems and accompanying them with illustrations. It was at this point that history knocked on the door, and Dr. Seuss answered.

After publishing his first successful children’s book, Horton Hatches the Egg in 1940, he took a forced break from writing for children. This pause lasted for seven years, during which time he illustrated and wrote hundreds of caricatures depicting the brutality of Hitler and Mussolini. He lent his pen to the struggle against fascism while also criticizing isolationist political tendencies within American society. He did not preach war, but sensed its coming and believed that America had a duty to protect and save the world from murderous fascism.

With the United States’ entry into World War II, the American military sought to exploit these talents for its own needs. In the service of the war effort, Dr. Seuss moved to Los Angeles. There, Hollywood film director Frank Capra teamed up Dr. Seuss with animator Chuck Jones—the legendary creator of Bugs Bunny and Duffy Duck—and the two composed a series of animated propaganda films for American soldiers. Among other things, the two produced a series of animated shorts about “Private Snafu”, a soldier who does just about everything wrong. Later on, Dr. Suess came under sharp criticism for the anti-Japanese propaganda posters he created during the war.

Looking at the books today, it is difficult to connect the racist posters with the compassionate children’s book author. During the war, Dr. Seuss rejected any personal criticism, claiming at the time – “If we want to win, we’ve got to kill Japs”. After the war, he had a complete change of heart, and this led to the creation of one of his most beloved books.

In 1953, Life Magazine invited Dr. Seuss to visit Japan in order to write about the effects of the war on Japanese children. Accompanied by the Dean of Doshisha University in Kyoto, the beloved children’s illustrator and author traveled around Japan and met with the country’s children. He asked the children to draw what they wanted to be when they grew up. These drawings made a great impact on him and when he returned to the U.S., he expressed his deep regret for the biased image of the Japanese he had helped to instill during the war.

He chose to express this remorse in the best way he knew: an illustrated book titled Horton Hears a Who!, which tells the story of Horton the elephant, who attempts to save the tiny town of Whoville, which rests on a speck of dust. As in his previous book on Horton, the elephant’s efforts encounter slander and giggles from his animal friends. When some of them attempt to harm Whoville, Horton and the mayor band together to rescue it. The book contains subtle hints and references to World War II.  The most notable example is the black-bottomed eagle that drops the tiny of town of Whoville from the sky —a clear allusion to the two atomic bombs dropped by the United States on Japan.

Dr. Seuss’s humanistic spirit is expressed in the most famous sentence from the book: “A person’s a person, no matter how small.”

The book was adapted for the cinema a number of times and is still considered one of Dr. Seuss’s most loved and well-known books. Dr. Seuss himself is still one of the most beloved and popular children’s authors in the world. His books offer a combination of humor, intelligence, and love for humankind. At a time when artists and creators are (rightly) judged for their ideas and actions, the case of Dr. Seuss and his treatment of the Japanese reminds us that – a person’s a person — and a writer’s character is sometimes more complex than that which is portrayed to their readers through their books. So, the next time you read Dr. Seuss, remember that change can happen only when we want it to. While fear can lead to hatred, the way to overcome it is through love, compassion, and understanding of those who are different from you.