‘You never knew when there was going to be a pogrom’

Why my grandfather left Europe 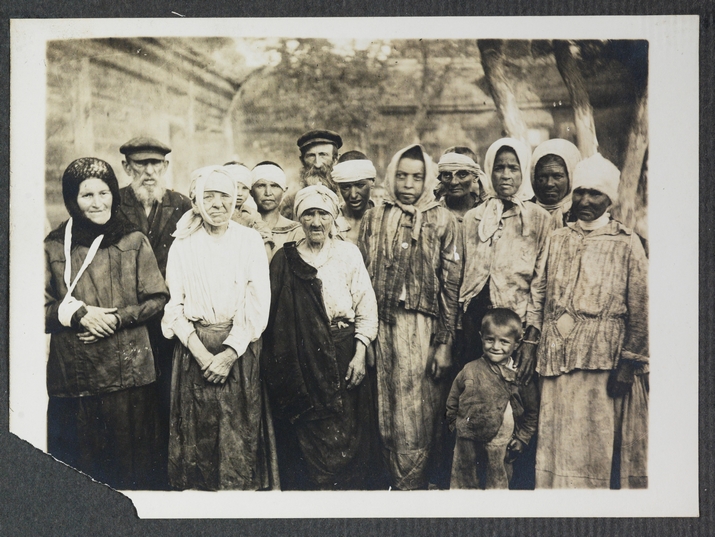 Victims of the Khorkov Pogrom, 1919. From the Pritzker Family National Photography Collection at the National Library of Israel

When I was six years old, I listened with fascination as my oldest brother interviewed our maternal grandfather, Isidore Weisner. As the youngest in the family, I sat cross-legged beneath the kitchen table, the only place in our cramped kitchen where I could find a spot.

“Grandpa, why did you leave Europe?” my brother asked.

“The pogroms, the pogroms were terrible, and you never knew when there was going to be a pogrom. I didn’t want to live that way, so I left.”

Grandpa died when I was 11, and in the half century since then, the questions I would have liked to ask him have multiplied exponentially. By studying life in Galicia, particularly for young men at the turn of the 20th century, I have begun to better understand the reasons why my  grandfather, like so many others, left his family and the country of his birth.

My grandfather was born in 1889 to Abraham Wiesner and Rose Fleisig. They lived in Kulikow (now Kulykiv, Ukraine), which was just north of Lemberg, Galicia’s provincial capital. Abraham worked as a grain merchant, a common occupation for Galician Jews. At that time, roughly 35% of Kulikow’s inhabitants were Jewish. My grandfather was the youngest of a large family. All his siblings later perished with their spouses and children in the Holocaust, except for one nephew.

But long before the cataclysm, in December of 1908, my 18-year-old grandfather left his home and made the long journey to Rotterdam, where he boarded a ship bound for Ellis Island. On the ship, with his funds dwindling, he befriended a well-to-do family who paid him to look after their young children. He spent the 12-day crossing teaching the children to play chess, a skill that has been passed down in my family through generations. He arrived in New York on January 5, 1909, where immigration officials recorded his name as Asryel Wiesner. Sometime after his arrival, eager to sound more American, he changed his first name to Isidore and the spelling of his surname to Weisner.

While most Jews left Galicia in the late 19th and early 20th century to seek better economic opportunities, my grandfather’s decision to emigrate was motivated by anti-Jewish violence. During his childhood, anti-Semitism was on the rise across the crownland. In the spring of 1898, when my grandfather was nine, The Standard of London reported “bread riots” in Lemberg which were quickly crushed. Although hunger was the motive there, the riots spread west and began to target Jews. Just 81 miles (130 kilometers) away in Przemysl, rioters entered the Jewish section of the city, ransacking Jewish homes and shops.  Despite Austrian military intervention, the attacks in Przemysl became so violent that on May 29, The Observer of London reported that “the entire Jewish population has fled.”

Throughout the spring and early summer of that year, anti-Jewish riots continued, mostly in western Galicia. Jewish homes were looted and then set on fire. Christians placed crucifixes, candles, and figurines of saints in their windows in an attempt to save their homes. The military was called to control the violence, but the rioting didn’t subside until the end of June when the equivalent of martial law was proclaimed in several of the most affected districts.

Unlike the pogroms of 1898, most Galician pogroms were local events that were never reported in English-language newspapers. In his book Shtetl Memoirs, author Joachim Schoenfeld gives several accounts of how more localized violence was a daily threat underlying Jewish life in Galicia around the turn of the century. In his hometown of Sniatyn (present-day Snyatyn, Ukraine), Jewish boys rarely ventured from the Jewish parts of town, and Jewish wagon drivers moved their merchandise in groups to avoid becoming targets of violence.

An unfavorable bargain in the market square or too much to drink at a wedding could easily turn into a pogrom, with peasants marching through the Jewish streets of the town yelling “Kill the Jews!” Jews were beaten, windows were broken, and shops were looted. Often, it was all over before authorities could arrive. According to Schoenfeld, the Jews of Sniatyn would spend the following days replacing windows and nursing bruises and broken bones, but it wasn’t long before the same peasants were back in the market square doing business with Jewish merchants as if nothing had happened.

It’s likely that this type of violence occurred in Kulikow, particularly around the time of the contentious election of 1907, which saw the National Democratic Party, with its anti-Semitic rhetoric, winning a number of seats in the Imperial Council in Vienna (the Reichsrat).

My grandfather began his journey to America the very next year. I will never know the details of the pogrom that caused him to leave Galicia, but if I could go back in time to that long-ago interview, that would be one of the first questions I would ask.

A variation of this article first appeared as part of “Leaving Galicia – Poverty, Pogroms, and Draft Evasion” in the March 2020 edition of The Galitzianer, the quarterly research journal of Gesher Galicia. It has been published here as part of Gesher L’Europa, the National Library of Israel’s initiative to share stories and connect with people, institutions and communities in Europe and beyond.

Tolstoy and the Jews: It’s Complicated