The Rabbi Who Performed Scientific Research From a Hungarian Prison

In 1920 Rabbi Immánuel Lőw, the chief rabbi of the Hungarian city of Szeged was arrested by Hungarian authorities who interrogated and imprisoned him for a year. 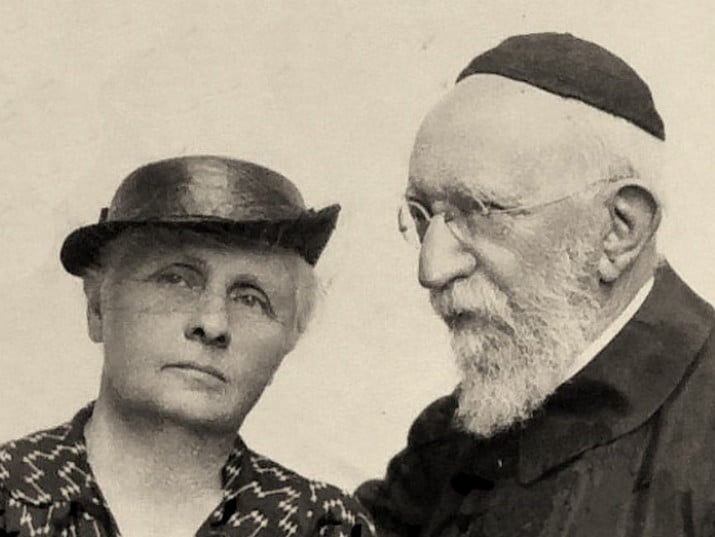 In 1920, Rabbi Immánuel Lőw, one of the most important contributors to the lexicons of Wilhelm Gesenius for the Bible and of Carl Brockelmann for the Aramaic Language, was accused of making political statements against the authorities and against the new governor of Hungary, Admiral Miklós Horthy.

During his 13 month imprisonment, Rabbi Lőw continued working on his famous work, Die Flora der Juden (“The Plants of the Jews”), which deals with the various vegetation mentioned in Jewish sources with a focus on Rabbinic literature. Written in German, the four-volume series was published between 1924-1934 and is available at the National Library of Israel. The series went through a second printing after the death of the author.

Rabbi Immánuel Lőw was born in 1854 in the Hungarian city of Szeged. As an orientalist, he was interested in the names of plants in Semitic languages since his youth.

In addition to his studies at the Higher Institute for Jewish Studies in Berlin (Hochschule für die Wissenschaft des Judentums), he studied Semitic linguistics at the University of Leipzig, Germany. It was there in 1879 that he submitted his doctoral thesis on plant names in Aramaic (Aramäische Pflanzennamen). His scientific publications and notes on the animal and mineral issues in Biblical and Talmudic sources attest to his intention to publish two additional books, thus creating a series: “The Fauna, the Flora and the Minerals in the Jewish sources.”

The collection was permanently deposited in the National Library archive in 1958. It includes correspondence, manuscripts, various documents, lists, speeches and essays by Immanuel Lőw and several pieces of correspondence and speeches given by Immánuel’s father, Leopold (Lipót) Lőw.

Rabbi Leopold Lőw was born in Czerna Hora, Moravia, a region of the Austro-Hungarian Empire. He was imprisoned following the plots of his enemies who denounced him at the end of the revolution in 1848 but was pardoned by the Austrian general Julius Jakob von Haynau. Leopold Lőw was the rabbi of Szeged from 1850 until his son Immánuel took over the position in 1878. He also corresponded with many important personalities of his time.

Rabbi Immánuel Lőw’s father, Rabbi Leopold Lőw was the first rabbi who gave speeches to his congregation in Hungarian and the first who introduced the Hungarian Language into the Jewish prayer. He was an important rabbi whose rulings influenced the policies of the Austrian and Hungarian governments. His son Immánuel inherited his affinity for public speaking. This talent accompanied Rabbi Immánuel Lőw during his tenure as head of the Jewish community of Szeged, from 1878 until his death.

Immánuel Lőw was a representative of the Neolog communities in the Supreme Council of the Hungarian Parliament of 1927. He was a Zionist and served as head of the umbrella organization of the Jewish Agency and Keren Hayesod. He corresponded mainly in German, Hungarian and English with distinguished academic institutions, publishers, personalities and scholars of his time, among them Aharon Aharonson, Theodor Nöldeke, Nathan Shalem, Ephraim Hareuveni and others.

Rabbi Immánuel Lőw wrote more than 10 books on politics and religious topics. According to some sources, when the transports of Hungarian Jews to extermination camps began, he was allowed to leave Hungary as part of the Kasztner deal. He was removed from the deportation train, but he was gravely ill and he later died in the Jewish hospital in Budapester on July 19th, 1944.