The Maharal’s Robot: The High-Tech Golem of Rehovot

What do the Golem of Prague and one of Israel’s first computers have in common? Gershom Scholem explains. 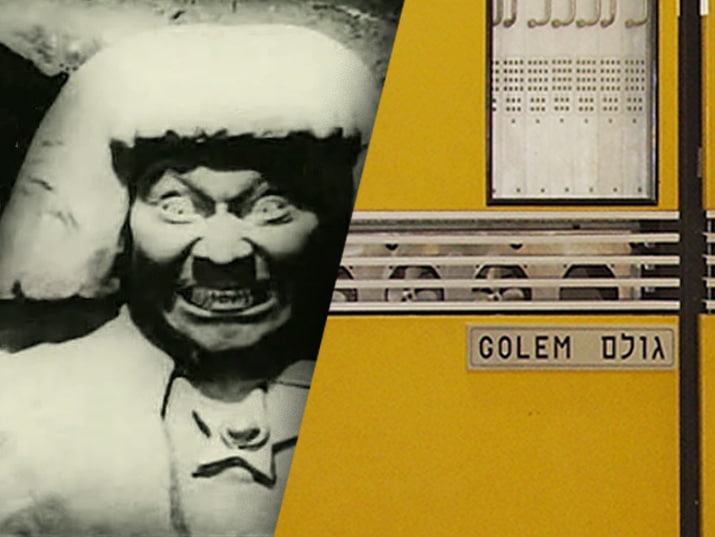 In just 70 short years, Israel has become known worldwide as the Start-Up Nation. What began as the little country that could, has become a leading nation in the world of technological innovation.

While in today’s day and age we are lucky enough to have a computer in every home and an even smaller computer in the form of a cellphone in every pocket, it is hard to imagine that the world’s first computers once filled entire rooms and sometimes, entire buildings.

Israel’s first computer, a project that was spearheaded by Professor Chaim L. Pekeris at the behest of Chaim Weizmann, the WEIZAC, an acronym for Weizmann Automatic Computer, took up the space of a large auditorium. The project cost about $50,000, approximately 20% of the Weizmann Institute’s annual budget at that time. After a year of dedicated work and preparation, the project was completed in 1955 and the WEIZAC performed its first calculations.

In 1959, after about four years of work, the WEIZAC began to fail and a new computer was designed to takes its place. The new machine was completed in 1963 and the WEIZAC was shut down to make room for the next model. Upon hearing of completion of the next generation computer, Gershom Scholem reached out to Pekeris and suggested he name the machine, “Golem Aleph.”

Dr. Pekeris agreed to the suggestion but only on condition that Scholem would come to the dedication ceremony for the new computer and explain why it should be named so. Gershom Scholem was invited to attend and give the opening remarks at the dedication at the Weizmann Institute on June 17, 1965 for what he referred to as “The Golem of Rehovoth.”

In his remarks, Scholem provided what he felt was an obvious comparison between the classic tale of the Golem and the brand new computer.

Rabbi Yehuda Loew ben Bezalel, known in Jewish tradition as the Maharal of Prague, is credited by Jewish popular tradition with the creation of a Golem.

The Golem of Prague was built from clay and, once the body was complete, the rabbi put the ineffable name of God in the figures mouth and the Golem came to life. The Golem performed for his master, protecting the Jews from anti-Semitic attacks. With all of his powers, the Golem was not granted the power of speech.

One Friday, the rabbi forgot to put the Golem to rest for the Sabbath as he was accustomed to do. The Golem suddenly grew in size and in a fit of rage, went on a destructive rampage. When the news reached the synagogue where the rabbi was praying, he rushed out into the street to confront his own creature. Rabbi Loew stretched out his arm and tore the Holy Name out of the Golem’s mouth, returning him to his original form as a lump of clay.

Scholem gave several reasons for the name be bestowed on the new computer. He explained that at their foundation, the Golem- “Rabbi Loew’s robot,” and the Golem Aleph had the same most basic function. The Golem was brought to life by the combination of the 22 letters of the Hebrew Alphabet that took shape as the name of God. The Golem computer knows only two symbols, the zero and one that make up the binary system. Everything can be translated into just these two terms so the Golem Aleph can process it. “I daresay the old Kabbalists would have been glad to learn of this simplification of their own system. This is progress,” said Scholem.

Both the Golem and Golem Aleph function through energy, Scholem explained. The Golem, through the ineffable name of God and the computer, through the use of electric energy.

As for the shape, it is there that Scholem hit a tough spot for the computer cannot be compared to the shape of man. He did draw a physical comparison when he explained that unlike the Golem of Prague who was given the beautiful form of man, the Golem Aleph computer was not the most beautiful of creations but- for the computer, the beauty of the creation is what lies within. “External beauty has been denied to him,” said Scholem of the computer. “What kind of spiritual beauties lurk inside, we shall learn in due time, I hope.”

Lastly, Scholem compared the growth potential of the two creations. The Golem, after flying into a fit of rage, grew in size wherein the Golem computer was expected to only shrink as improvements are made in the future.

“Whether the Golem of Prague could correct his mistakes, I doubt,” said Scholem. “The New Golem seems to be able, in some ways, to learn and to improve himself. This makes the modern Kabbalists more successful than the ancient ones, and I may congratulate them on this score.”

Scholem closed his remarks with a simple request to the inventors of the Golem Aleph:

“All my days I have been complaining that the Weizmann Institute has not mobilized the funds to build up the Institute for Experimental Demonology and Magic which I have for so long proposed to establish there. They preferred what they call Applied Mathematics and its sinister possibilities to my more direct magical approach. Little did they know, when they preferred Chaim Pekeris to me, what they were letting themselves in for. So I resign myself and say to the Golem and its creator: develop peacefully and don’t destroy the world. Shalom.”

Computers may have morphed from auditorium sized machines to electronic devices that fit into the palm of your hand, but Gershom Scholem’s request is timeless- else the computer may have a violent end similar to the one brought on by the Golem of Prague.