A Moment Before Desolation: Rare Photographs of Polish Jewry

How did rare photographs of Polish Jews end up in a French soldier’s photo album? 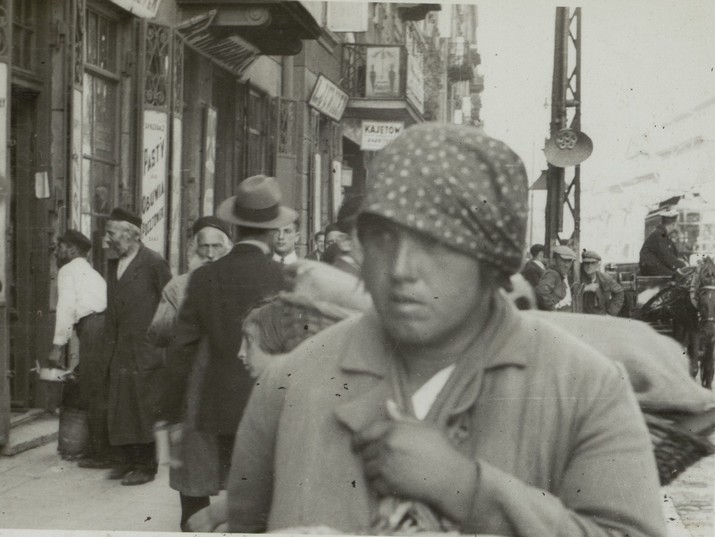 Private photo albums often contain surprising revelations. The captions scrawled between the pictures may reveal new information, while the perspective of the amateur photographer tends to be more spontaneous and original than that of a journalist or even an artist. One particular amateur photo album that was brought to the National Library several years ago is especially unique.

What could possibly be so special about a photo album created by a World War I veteran during a summer trip to Poland? And, what is the connection between this album and the millions of items preserved in the archives and storerooms of the National Library of Israel in Jerusalem?

On July 30th, 1933, a delegation of members of the French Union of World War I Veterans embarked upon a tour of the cities of Poland. Though the beautiful midsummer weather and opportunity for relaxation and travel were certainly part of the attraction, the trip was organized as an official visit, including a string of military ceremonies. The hosts from the Polish army, went out of their way to roll out the red carpet for their French guests. Polish economic and political independence was fragile at the time, and local military officers wished to strengthen their alliance with the French Republic. The French also had an interest in maintaining close relations with this important Eastern European state.

One of the members of the delegation had come equipped with a camera. Amateur photography was already very popular in the 1930s. Cameras of the day were easy to operate and relatively inexpensive. Using his 6X6 camera, he documented the journey. At the end of the trip, he developed the film and placed the pictures in a thick-covered album with black cardboard pages. He then added captions in beautifully handwritten French. The photographer found plenty to capture along the way. The French delegation were bade farewell from the city of Strasbourg with a full, impressive military ceremony. Rousing speeches were made on the ornate podium. Ranks of aging legionnaires bedecked in their shiny medals stood at attention – and the delegation was sent merrily on its way, crossing the border into Germany before passing through Austria on their way to Poland. 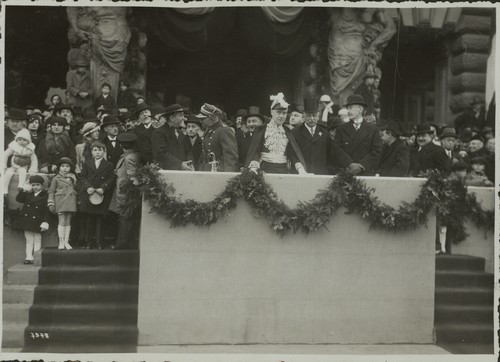 As mentioned earlier, the year was 1933, and the ascent of the Nazi party still astonished the French. At the border crossing in Strasbourg, members of the delegation were photographed under a sign which, between two swastikas, bore the slogan: “German people! Fight with Adolf Hitler for a free Germany!” 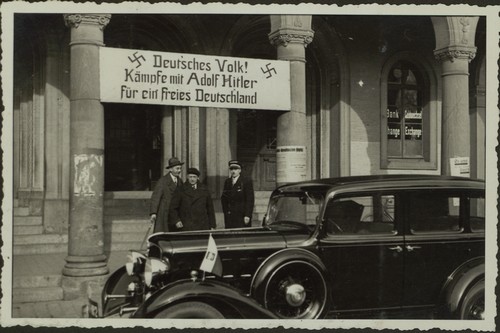 And here, finally, Warsaw! A delegation began its tour of Poland in the capital. Amazingly, one of the tourist sites they were brought to was Nalewki Street, the “Jewish Quarter,” as the soldier-photographer described it. Apparently, the Polish tour guides saw this street and its poor Jewish residents as a kind of ‘exotic attraction’, a vibrant society of foreigners, with their strange clothes and traditions. 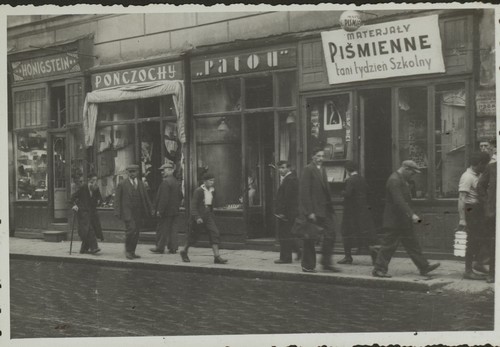 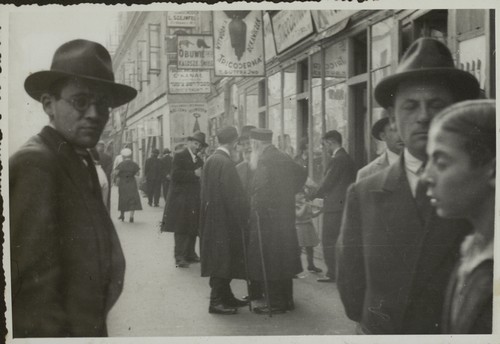 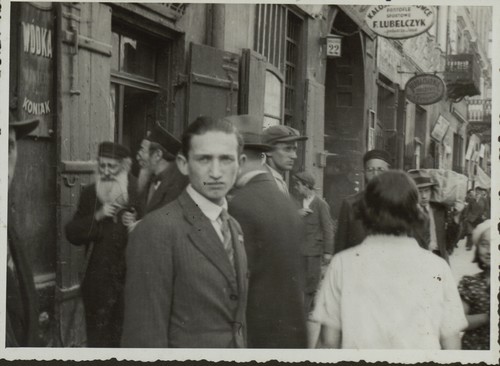 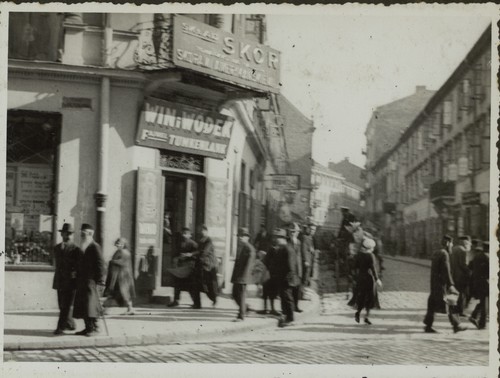 The fourteen photographs depicting street scenes in Jewish Warsaw are not only surprising, but also unique. They provide us an unexpected perspective through the eyes of a stranger who is caught up in one of the most important centers of Jewish life in Europe.

Less than a decade later, this hub of Jewish activity would be wiped from the face of the earth. Particularly interesting are the signs (in Yiddish and Polish) of businessmen and craftsmen caught in the lens of the French camera- the paper and stationery shop, street-porters, Mr. Goldman’s glazier shop, the wine shop, and the bustling streets! 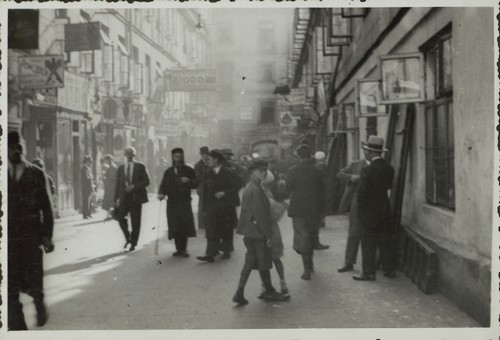 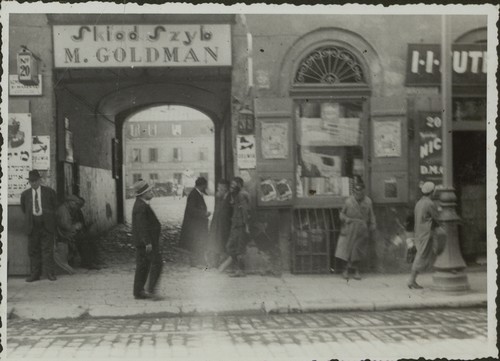 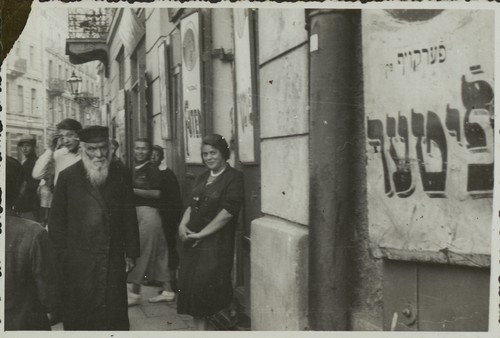 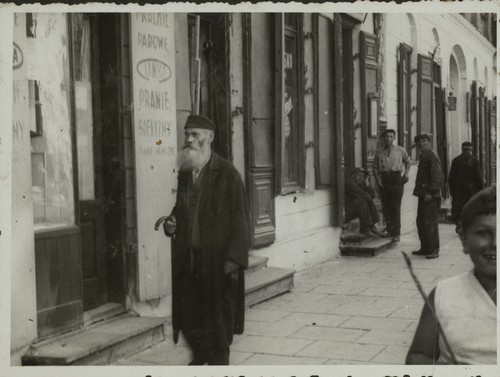 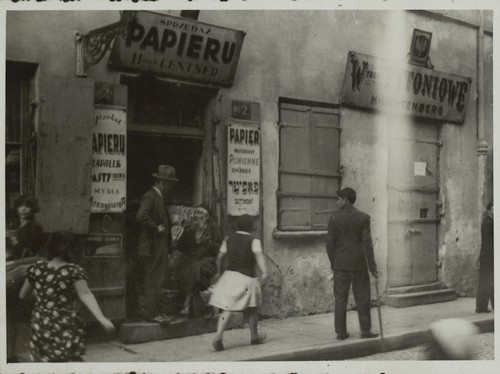 The French war veterans were received with ceremonies, flowers, and enthusiastic crowds in Poznan, Zakopane, and Gorlice. 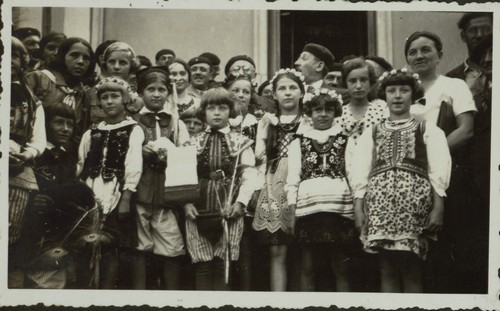 And again, in Krakow, we see a fascinating collection of pictures of Polish Jews. The anonymous French photographer dedicated three pages to photographs of Jews walking the very streets where, just a few years later, the ghetto would be erected to imprison the Jewish population before sending them to the extermination camps. 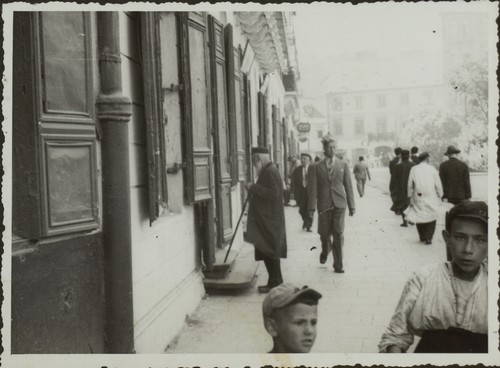 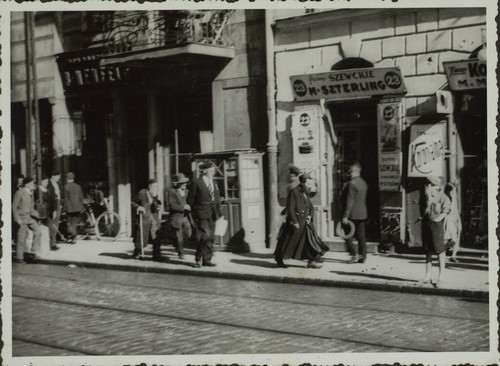 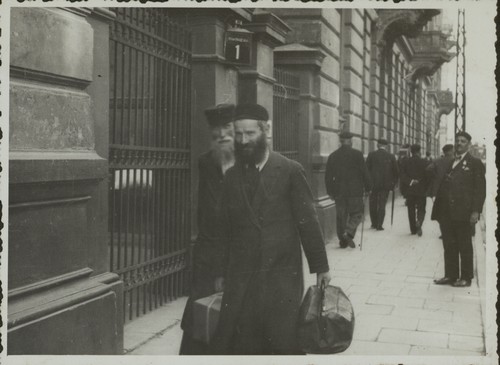 The album ends with an excited letter, written to the French delegates in their native language. The letter is dated August 5th, toward the end of the delegation’s journey. The letter was composed as a greeting to the French guests by a young Polish girl. On behalf of her friends, Maria, Helena and Zofia, she wished the French military veterans who had travelled through her town a pleasant trip  and concluded the letter with the statement, “Long live the alliance between France and Poland!” 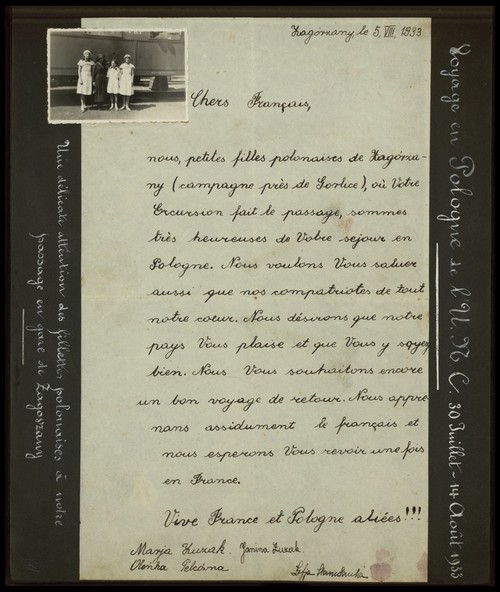 Six years later, France would abandon Poland in the face of the Nazi invasion. The Jewish streets in Krakow and Warsaw were erased from existence. And the album, which found its way to the National Library, remains a valuable record of a once-bustling Jewish community.