How a 16th Century Business Dispute Triggered a Religious War 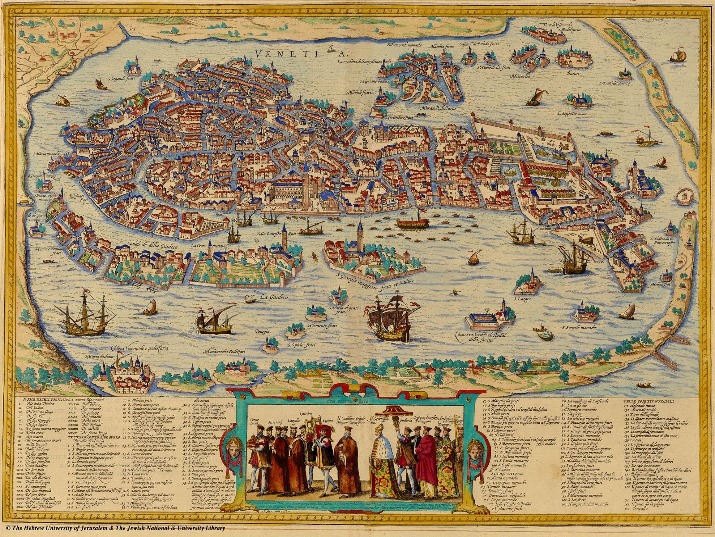 The Jewish ghetto in Venice was established in 1516, and all the Jews living in the prosperous city were forced to move there. Among the limitations imposed on the Jews of the ghetto was that the printing of Hebrew books had to be contracted to a Christian press. A dispute that broke out between two such Christian printers threatened to destroy the cultural universe of Italian Jewry.

In 1551, Rabbi Meir Katzenellenbogen contacted the owner of the Guistiniani printing press with a proposal for printing Maimonides’s Mishneh Torah with a commentary he had written. The printer refused. Disappointed but still determined, the rabbi then brought the same proposal to Alvise Bragadini, owner of the new and less-established Bragadini press, who agreed to publish it. The phenomenal success of the Mishneh Torah in its new format attracted the attention of Guistiniani, who then hurried to print an identical edition of the book.

European Jewish communities declared a boycott against the pirated Guistiniani edition, but despite this, the printer refused to acknowledge his defeat, and instead appealed directly to the Pope to settle the dispute. In order to damage one another’s credibility, the rival printing press owners hurled accusations that the other had, in his edition, inserted heresy against Christianity and the Catholic Church. The Pope’s decision stunned both sides: in the summer of 1553, Pope Julius III ordered all Hebrew books – first and foremost the Talmud – to be brought to Rome’s central square, where they were burned.

This decree was then carried out in other cities across Italy including Venice.