Beyond the Iron Curtain: East Germany and the Collapse of the Wall

Home > Germany the Jews and Israel > Beyond the Iron Curtain: East Germany and the Collapse of the Wall
Diaspora

After the wall was constructed, the East German population was trapped inside its country. Trips abroad were possible only to Communist Bloc countries 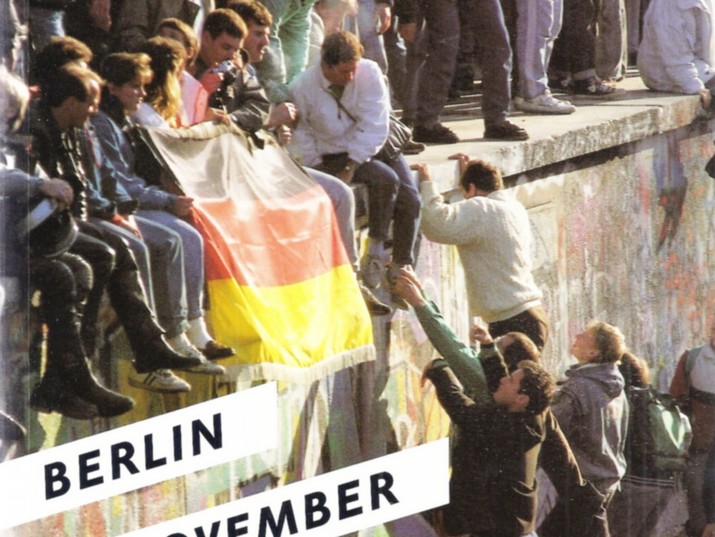 Following the Allied victory over Germany in the Second World War, the country was divided, and on October 7, 1949, an independent state, known as “The German Democratic Republic” was established in the area of the Soviet occupation. A few weeks earlier, the Federal Republic had been established in the western part of Germany.

At first, only a small number of countries in the world recognized the East German state, home to some 17 million people. Predictably, the countries that recognized it were mainly those who were under direct control of the Soviet regime in Moscow. Although, formally, the East German republic proclaimed its aspiration to democracy (reflected even in the country’s name), it was a very limited democracy: the control of the Socialist-Communist Party was not up for discussion. The Soviet Army forces stationed on East German soil, numbering 350,0000-500,000 soldiers, was not only the westernmost force of the Soviet Union in Europe, but also a means of pressure for maintaining the status quo: the Soviet military force there was intended to ensure loyalty, which it did until the dissolution of the Communist Bloc in 1989. The Soviet military force acted with all of its strength during the days of the civil uprising of East Germany against the communist regime in June 1953, an uprising after which a tense calm prevailed, maintained with an iron fist.​

The lack of satisfaction of many citizens with the East German dictatorship was also reflected in the mass flight to the West, which continued through mid-August of 1961. In an abrupt – but not entirely surprising action – the police and army forces established a wall around West Berlin, and also along a portion of the border between the two parts of Germany, with the goal of preventing the continued flight of citizens from East to West. This border was also the boundary between the two large political blocs, which led to a large concentration of military forces along both sides of the Iron Curtain, including Russian and American nuclear weapons.

After the wall was constructed, the East German population was trapped inside its country. Trips abroad were possible only to Communist Bloc countries. Despite this, many did not remain complacent, and tried to flee to the other side of the wall. Some succeeded, but over 200 people paid with their lives for the attempt to break free. The political leadership operated according to the instructions of the Communist leaders of the Soviet Union, and tried in every manner possible to induce citizens to sympathize with the Russian-Soviet school of ideology. The media functioned under censorship, literature and all types of publications were required to adhere to the ruling party line. Opponents of the regime were at the focus of the activity of the secret police, the Stasi, which maintained enormous archives that included (and still include) information on millions of citizens.

According to the official ideology, residents of the German Democratic Republic lived according to humanistic principles, and therefore, there was no need to deal with the dark past of the German nation prior to 1945. In the view of the communist leaders, all of the Nazis, old and new, were in West Germany, while the socialist-communist essence of East Germany absolved East German society of scrutinizing and taking responsibility for the Nazi crimes. While the official historical narrative mentioned the Jewish victims, relative to the Communist victims, they took only second place. This reconstruction of history was apparently accepted by a considerable portion of the population, since it spared them the torturous journey of taking responsibility for the Holocaust, and recognizing the deeds perpetrated by the Nazis, many of whom were living in East Germany. This was also the root of the political leadership’s refraining from any contact with Jewish organizations or with the State of Israel, almost until the end of the East German state in 1989-1990. ​ ​

The quieting of global politics in the 1970s and the new policy of the West German government at the time towards the East, led to a certain softening in East Germany. Many countries gave it formal recognition, and the communist regime relinquished strict Stalinism and tried to improve the standard of life of the country’s residents. This social policy exacted a high price, which the planned Communist economy was unable to withstand for long. The power of the East German economy – one of the strongest in the Communist Bloc, but weak in comparison with the western countries – declined greatly, and citizens were unable to buy much with the money they earned. For most residents of East Germany, access to unobtainable, often essential supplies and products, depended on the black market and personal connections. This situation stood out in stark relief to the ideological image of communist society, which was ostensibly superior to capitalist society. And yet, millions of residents of East Germany were exposed to West German television and radio broadcasts, and gained a growing impression of the actual situation, which was precisely the reverse of what they knew in their own country.

Given this state of affairs, the political leadership adopted some opportunistic measures. One was a sudden move towards closer acquaintance with Jewish issues. In November 1988, the East German Parliament (which was in effect a powerless body) held a memorial event for Kristallnacht, and even established a Jewish historical research center, the “Centrum Judaicum,” in the building of the New Synagogue in Berlin. Through the “Jewish channel,” leaders hoped to forge a better relationship with the American government, and in so doing, to obtain economic benefits.

From the 1980s, dissident groups were formed by skeptical citizens, mainly among congregations from the Protestant Church. The secret police tried to permeate these circles and to slow their spread, but in the second half of this decade, the trend was irreversible. More and more citizens submitted official requests to leave the country, others tried to flee through the Soviet Bloc countries, and in the autumn of 1989, hundreds of thousands gathered for a non-violent demonstration against the regime. The political leadership, which comprised mainly elderly members of the establishment who lacked an understanding of the changes of the time, found no suitable answers for the demands of the demonstrators, and in October 1989, the Communist government fell to the pressure of the demonstrations. This time, in contrast to 1953, the leadership in Moscow, headed by Michael Gorbachev, who advanced the reform of Communism (perestroika), did not intervene.

In the stream of events, the opening of the borders on the evening of November 9, 1989, was almost unpreventable. During a press conference on various topics, one communist leader spontaneously declared the decision to enable citizens to travel throughout the world without limit. Following this, thousands of citizens at the border crossings in Berlin gathered, demanding they be opened. Ultimately, the soldiers of the border guard gave in and opened the gates to the west. The opening of the borders changed the dynamics of the “quiet revolution”: From November 9, growing numbers of demonstrators stopped calling for social changes in East Berlin: they now demanded unification with the Federal Republic. And indeed, unification was achieved after discussion with the former Allies (the United States, Soviet Union, England and France) on October 3, 1990.