Beginning November 20, 1945, 24 Nazis sat on the Nuremberg Court House's seating area for the accused. These were the men defined as the main criminals 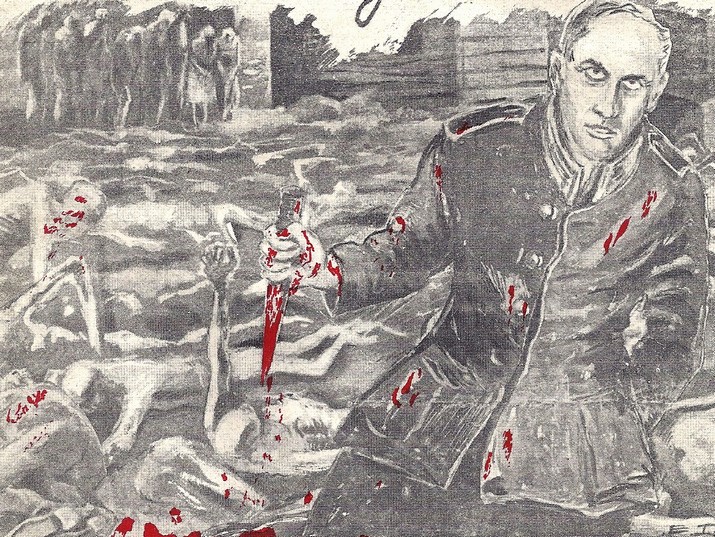 Even before the end of WWII, the three strongest nations among the Allied Powers (United States, Soviet Union, Great Britain) decided upon a series of arrangements in anticipation of the war’s end. At the summit meetings that took place in Tehran and Yalta, and after the end of the war at the Potsdam Conference, it was decided that now that Germany had been defeated, an international court would be established.

The Allies agreed among themselves to establish an international military court vested with the responsibility of investigating and conducting trials for the deeds committed in Germany’s name prior to and during the war. The idea was mainly to address war crimes, crimes committed against civilians and crimes committed in the concentration camps. Prior to the establishment of the court, France joined the three major Allied nations and was also admitted to the bench (two judges were appointed from each country).

The city of Nuremberg was selected as the site of the military court, for a number of reasons. First, despite the great destruction that visited this city, the local court building was almost unscathed, such that discussions could be held with a large number of participants and a sizeable audience. Next to it was the prison, where the accused could be held during the discussions and easily transported as required. Secondly, precisely due to the prominent role of Nuremberg in Nazi ideology ­– as the city where the Nazi Party conventions were held and the racist anti-Jewish Nuremberg Laws were legislated – conducting the trials in this city, of all places, had a clear symbolic dimension.

In order for the court to perform its task vis-à-vis the accused, it was necessary to apprehend them. Immediately after the last days of the war, it emerged that several of the senior Nazis were no longer alive: Hitler and Goebbels committed suicide on April 30 and May 1 respectively. Hitler’s secretary, Martin Bormann, disappeared (his remains were discovered only in the 70s, in Berlin). Other prominent Nazis initially tried to hide, but during the weeks following Germany’s surrender, an increasing number were captured in remote locations and in prisoner of war camps, where they had disguised themselves among the masses of German soldiers taken prisoner by the Allies. Such was the case of the Reich Leader of the SS, Heinrich Himmler, who tried to survive under an assumed identity. Despite his efforts, British soldiers identified him, but before the British authorities managed to interrogate him thoroughly, he managed to commit suicide. Rudolf Hess, the second-highest ranking member of the Nazi Party, was arrested already in 1941, when he flew to England of his own accord to conduct peace negotiations on behalf of Germany. The highest-ranking Nazi to be captured alive was Hermann Göring. Göring surrendered to American forces, together with his family and property, loaded on to no fewer than 17 trucks.

Beginning November 20, 1945, 24 Nazis sat on the Nuremberg Court House’s seating area for the accused. These were the men defined as the main criminals. Eight judges presided over the trials. Heading the international military court was British Justice Sir Geoffrey Lawrence. Each of the participating Allied nations appointed a prosecutor.

During the preliminary discussions on the question of accusations, it became clear that the issue was inconceivably more complex than could have been anticipated. While there was no doubt regarding German responsibility for the war, some of the same crimes carried out by the Nazis were also committed de facto by certain Allied armies. For example, in September 1939, the Soviet Union attacked Poland, together with Germany, and summarily executed thousands of Polish officers in the city of Katyn and in other locations. And just as the Germans bombed many cities across Europe with the goal of destroying them, so, too, did the British and Americans – bombed German cities with the same intention. Therefore, in order to hold the Nuremberg Trials while not undermining the authority of the court, the international jurists were required to refrain from comparisons, and to focus on the German acts. Additionally, already in the early days of the discussions, tensions began mounting between the Soviet Union and the Allied Powers regarding the ideological differences between the blocs, which eventually, indeed, led to the Cold War.

The discussions took place in various languages: English, French, Russian and German. For the duration of almost a year, the Court heard 240 witnesses and was presented with many written documents and much film footage. The international Nuremberg Trials were groundbreaking in many senses: They took place simultaneously in a number of languages and were accompanied by simultaneous translation; the prosecution relied on the idea that the international court would try responsible individuals from a particular country that committed a crime according to international law and against humanity as a whole. The work of the court at Nuremberg as well as that of a similar body that operated after the end of the war in the Far East served as an example for the functioning of the International Court of Justice at the Hague, established following the experience and resulting insights garnered from the trials after WWII.

At the end of the trials, on September 30 and on October 1 1945, 12 of the accused were sentenced to death, three were exonerated and the rest were imprisoned in Allied prisons in the old Spandau Citadel in Berlin, after being handed prison sentences ranging from ten years to life imprisonment. None of them pleaded guilty. On October 16, those sentenced to death were executed. Göring convinced an American soldier to obtain poison for him, managing to kill himself just a few hours before he was scheduled to be hanged. The last prisoner in the Berlin jail was Rudolf Hess. Ultimately, Hess also killed himself, in 1987, at the age of 93.

Many journalists reported on the Nuremberg Trials. Among them were well known personalities and writers, including Willy Brandt, Alfred Dublin, Ilya Ehrenberg, Ernest Hemingway, Erich Kästner, John Steinbeck and many others. Haaretz’s reporter covering the trials was Robert Weltsch, later the director of the Leo Baeck Institute in London. Surprisingly, Weltsch did not believe that the trial conducted at Nuremberg had great significance or would be very effective. In a letter to Martin Buber from Nuremberg of December 1945, he even stated that the entire trial “is actually not interesting at all.” The trial was documented in films, and when it ended, the protocols were published in English, French and German. The trials themselves and the publications about them spurred the beginning of the comprehensive study of the Third Reich and Nazi crimes.