Romance and Reason: Islamic Transformations of the Classical Past

Organized by the Institute for the Study of the Ancient World in partnership with the National Library of Israel (NLI), a stunning exhibition of Islamic manuscripts, including twenty-four from the NLI's own collections, is set to open in New York City. 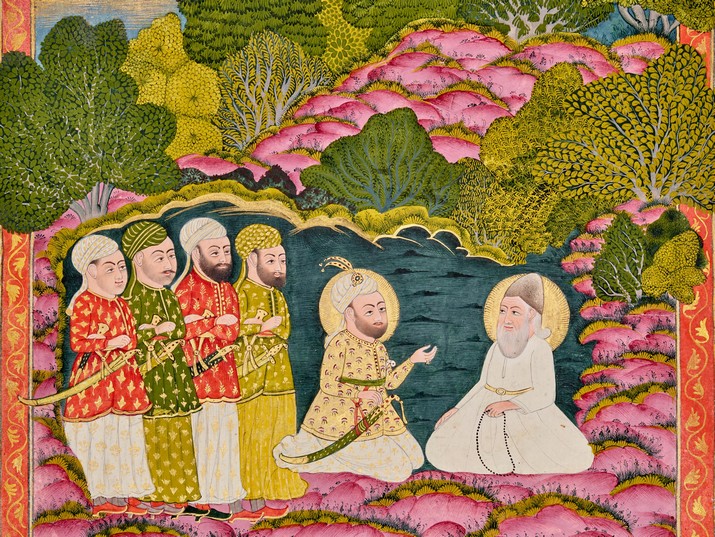 Romance and Reason: Islamic Transformations of the Classical Past, opening on February 14, 2018 brings together an exceptional group of rare Islamic manuscripts that testify to the fertile relationship between medieval Islam and the classical world. Covering medicine, philosophy, the exact sciences and poetic retellings of the Alexander Romance in Persian and Turkish, the exhibition includes lavish illustrations of Alexander the Great’s adventures and intricate mathematical, astronomical, and medical diagrams.

“This exhibition is an extraordinary opportunity for the Library. Including 24 manuscripts from the NLI’s Islam and Judaica collections, it is the largest exhibition of NLI manuscripts outside Israel, and the largest exhibition of our Islamic manuscripts ever,” said Raquel Ukeles, Curator of the National Library’s Islam and Middle East Collection. “Not only does Romance and Reason give us a chance to showcase some of the finest manuscripts from our Yahuda Collection to an international audience, it also allows us to build and strengthen relationships with leading cultural institutions in New York City and beyond.”

From about 750 CE to the end of the tenth century, Muslim translators, scholars, and commentators rendered a large portion of the extant classical Greek works of literature, science, philosophy, medicine, magic, and astronomy into Arabic. Seeking to learn from and make use of the knowledge the translations contained, these scholars expanded, updated, reimagined, corrected, and otherwise remade the documents to serve contemporary use.

In so doing, they shaped the intellectual contours of the Islamic world up to the dawn of modernity.

Romance and Reason opens a window into this fruitful interaction between Islam and the classical world with two thematic installations: one devoted to Islamic versions of the story of Alexander the Great, the other to scientific and mathematic topics.

Romance and Reason presents some thirty illuminated versions of the Persian accounts of the life of Alexander: the Shahnamah, or Book of Kings, an epic poem written by Abu al-Qasim Firdausi between 977 and 1010 CE, and the Khamsa, or Quintet, by Nizami Ganjavi, dating from the late 12th century CE. With a variety of exquisitely executed illuminations, the manuscripts in the exhibition were created over the course of five centuries. Together, they portray the evolution of Iskandar’s character and identity, showing him as warrior, king, seeker of truth, prophet, and more.

The second section of Romance and Reason is devoted to Islamic developments in medicine, mathematics, astrology, and astronomy, with manuscripts that illustrate the ways in which Muslim physicians, mathematicians, and scientists elaborated on their classical predecessors’ discoveries, transforming works of the past into materials of use in their own place and time.

For example, highlights of the exhibition’s especially rich assortment of medical materials include four 12th century manuscripts, all by different artists, illustrating vignettes from the Greek physician Dioscorides Pedanius’s De materia medica; as well as one of the most important medical works written by an Islamic scholar: The Canon of Medicine, by the physician and philosopher Avicenna (980-1037 CE). Avicenna’s work remained a major medical textbook until the nineteenth century, as important to the Islamic world as Hippocrates was to the Greeks.