“Burn them, as my world and everything I loved burned in Auschwitz’s crematorium”

Home > The Holocaust > “Burn them, as my world and everything I loved burned in Auschwitz’s crematorium”
Land of Israel

Yehiel De-Nur felt that "Yehiel Feiner" was destroyed in the Holocaust, and so he wished to destroy the book he published before the Holocaust 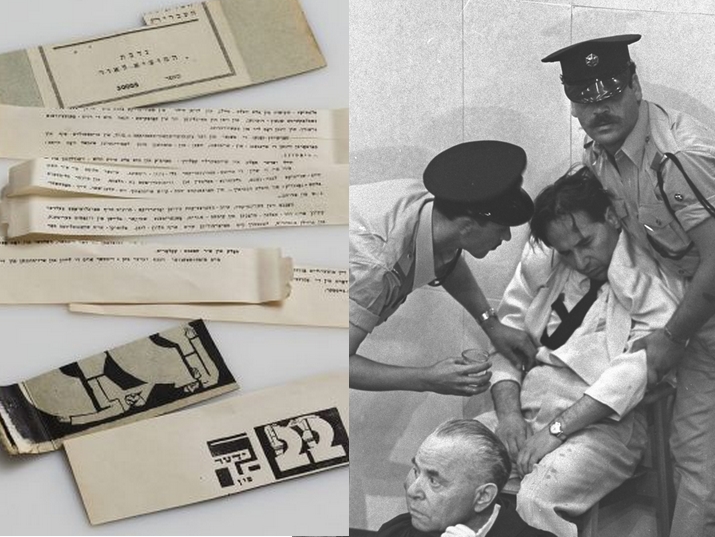 Author Yehiel Feiner, born in 1909, is known as one of the greatest authors to write about the Holocaust and its aftermath. Feiner renamed himself Yehiel De-nur and later chose a pen name imbued with meaning: Ka-Tsetnik 135633, taken from KZ – the short form the Nazis used for “Konzentrationslager,” German for concentration camp. The name therefore literally meant – “Concentration camp prisoner number 135633”

Before the Holocaust, in 1931, Yehiel Feiner published a book of Yiddish poetry titled “Twenty-Two” (צווייאונצוואנציק in Yiddish). After the war, any time he heard there was a copy of the book available at the National Library of Israel, Ka-Tsetnik would come to the Library, borrow out the book, and destroy it. Ka-Tsetnik did this three times between 1953 and 1993.

In 1953 and 1964 he burned the available copies of his book. In 1993, he wrote a letter to Shlomo Goldberg, the manager of the library stacks at the time, about the third and last time he destroyed the book. He shredded the publication and sent the remains of the book together with the letter in an envelope to Goldberg.

“I have another request: I placed here the remains of the ‘book.’ Please, burn them as my world and everything I loved burned in Auschwitz’s crematorium.”

Yehiel De-Nur passed away on July 17, 2001. The Library still holds an intact copy of the book De-Nur tried so hard to destroy.