Letter of the Author Moshe Yaakov Ben Gavriel to His Friend in Germany regarding the Future German Ambassador to Israel, 1963

Home > Germany the Jews and Israel > Letter of the Author Moshe Yaakov Ben Gavriel to His Friend in Germany regarding the Future German Ambassador to Israel, 1963
Diaspora 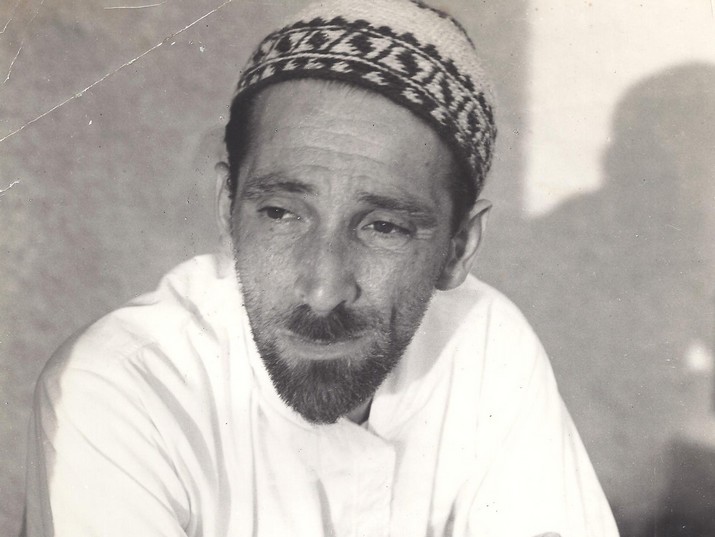 Author Moshe Yaakov Ben-Gavriel (Eugen Hoeflic, 1891-1965), was born in Vienna. Early in his career, he was active in his home city as a writer and editor. During WWI, he served as an officer in the Austrian Army, and in this capacity, visited Jerusalem where he discovered his connection to the Land of Israel and the languages spoken here.
In 1927 he emigrated together with his wife, and the couple settled in Jerusalem. In Palestine Ben-Gavriel worked as a journalist and wrote mainly for European newspapers in Germany, Austria and Switzerland, but also for Jewish and non-Jewish papers in France, England, the United States, Czechoslovakia and other countries. The outbreak of WWII significantly reduced his realms of employment, since most of the newspapers for which he wrote were closed by the Nazis or changed orientation, and articles about the Middle East by a Jewish journalist no longer had a place.

During that time, Ben-Gavriel began to write novels and short stories. Following reports of a Nazi invasion, he wrote Das Haus in der Karpfengasse, perhaps his most important book, in which he describes the fate of Jewish and non-Jewish residents of a fictional house in Prague during the first two weeks after the Nazi conquest of Czechoslovakia in March 1939.

After WWII ended, Ben-Gavriel resumed working as a journalist, but he continued writing novels, stories and radio plays, almost exclusively in German.

His works were also published in Hebrew, but only as translations from the German original. Already in the 1950s Ben-Gavriel became very popular in Germany, of all places. By this time, most of his books were light and humoristic, and relayed a picture of the young Israeli society to German readers. His works gained a large readership in Germany. Due to his success, Ben-Gavriel traveled frequently to Germany and toured among diverse audiences. He read aloud from his writings, was invited to speak on the radio, and became a sought-after interviewee among German intellectuals and cultural figures. This activity and his rich correspondence are testimony to the cautious contacts between Israeli and German cultural figures during the early years after the Holocaust.

Among the letters preserved in his personal archive in the National Library one can find correspondences with individuals in Germany discussing the question of establishing diplomatic relations between the two countries. The letters reveal that Ben-Gavriel supported the idea in no uncertain terms.

Among other things, he exchanged views with Dr. Franz Schierholz, a cultural figure and activist in the rapprochement between the two countries in the 1950s and 60s.

The letter presented here suggests that Moshe Yaakov Ben-Gavriel was exposed to rumors regarding who would be appointed as the German ambassador and that these rumors were not to his liking. Ben-Gavriel attributes to the letter’s recipient, Franz Schierholz, the ability to exert his influence in the matter, and he tries to warn the German side against making an unsuitable choice for the sensitive job. It is not known to what extent the letter affected the ultimate outcome, but it is an interesting fact that Ben-Gavriel was so interested and involved in the topic of appointing the first German ambassador to the State of Israel.

The letter (translated from the German):

Many thanks for your letter and particularly the news regarding the likelihood of establishing diplomatic relations; of late, the matter has also been addressed in Der Spiegel. Since I know that you maintain particular ties, I would like to draw your attention to the matter in which certain dangers inhere. To the best of my knowledge, at least two journalists in Bonn – perhaps even more – are trying to secure the position of ambassador to Jerusalem, but they bear no particular advantage beyond the fact that for a number of years they have chosen Israel as a life’s profession. I believe that it is imperative to make every effort possible in order to prevent this erroneous selection, also since a few of them have close ties with Adenauer. In order to arrange the complex affairs here, what is necessary, in my opinion, is an experienced diplomat who brings with him all of the necessary tact, which a publicist cannot offer, by virtue of his profession. Since you also place a value on the proper development of ties, I would like to place this matter at your discretion and I ask, if you agree with me, to take the necessary steps on the matter. It is desirable to do so before they make their final decision. I ask you to relate to this letter as confidential and not to mention my name in this context.

[The last part of the letter has not been translated out of respect for the author’s privacy.]

All the best to you and your family,
Yours,