Massacre of the Israeli Athletes on German Soil 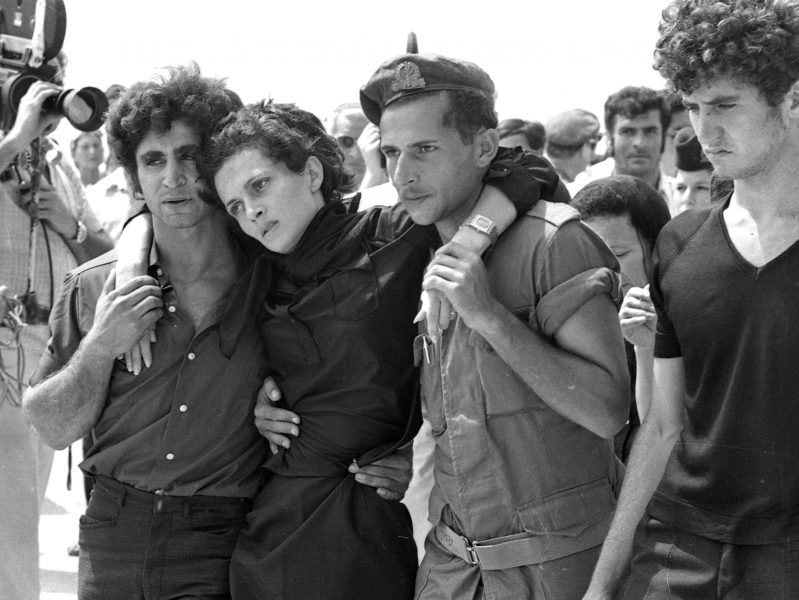 In 1972, the twentieth Olympics took place. For the first time since WWII, Germany was chosen to host a world sporting event of supreme importance. The Olympic Games and the FIFA World Cup were considered then, as they are today, to be the most important and prestigious events in world sports. The years of the Second World War led to the disruption of both. The Olympic Games in particular bore the burden of the difficult memory of the 1936 Olympics, held in Berlin and manipulated by Hitler’s Nazi regime for self-glorification and promotion of the vision of the superiority of the Aryan race.

The Olympic Games were resumed in 1948, in London, and the choice of the English capital was not incidental. The World Cup Games were resumed only in 1950, and took place in Brazil. Germany, which meanwhile had been divided into two countries, was not privileged to host one of the two distinguished institutions until 1972. West Germany, the republic that made its trademark democracy and the desire to rehabilitate Germany, both materially and in terms of its image and standing among the world’s nations, related to the 1972 Olympics as a corrective opportunity. Munich was chosen as the host city. This, too, was highly symbolic. Munich, birth city of the Nazi Party and cradle of the cultic worship of the German race, the place where giant processions were held aimed at glorifying the superior race and demonstrating its physical power, had now become a place where over 7,000 athletes from more than 121 nations were to gather for fifteen days of brotherhood, equality and cooperation based on universal human values. The Olympics were intended to take place from August 26-September 10.

Israeli participation in the 1972 Munich Olympics had a clear symbolic significance. Although at this stage the relations between Israel and West Germany were developed and deep in many realms, the delegation of Israeli athletes, waving the Israeli flag over German soil before the entire world on live television, was a sensitive public declaration regarding Israel’s readiness to accept “a different Germany.” The Munich Olympics were the first to be broadcast on Israeli television, making the emotional resonance aroused by participation of the Israeli delegation in Olympics held in Germany particularly strong among the Israeli public.

The Germans sought a “happy Olympics” so that the atmosphere would reflect the new age in their rehabilitated land that had made a commitment to the ideal of peace and brotherhood among nations. In effect, it appears that this desire on the part of the organizers led to inattentiveness to very clear warnings that the games might be threatened by various terror organizations. The Israeli delegation was housed in an unprotected building facing the street, separated from it only by the minimalistic fence of the Olympic Village. Although Israeli officials had warned against the poor security, and despite the information received by the German security authorities, the Olympic Village authorities and members of the International Olympic Committee took no steps to augment the security measures.

And so, at the crack of dawn on September 5, 1972, Palestinian terrorists, members of the “Black September” organization, crossed the fence of the Olympic Village. During the takeover some of the members of Israeli delegation resisted and tried to block the way of the terrorists. The terrorists shot the boxing coach Moshe Weinberg and threw his body outside of the building. Meanwhile, the media arrived at the scene and photographed the sights. The terrorists presented their list of demands. The police organized a group of plainclothes policemen, who lacked proper training, and sent them to the apartment where terrorists were barricaded with the Israeli hostages. Due to the television coverage, the Israelis were able to see the police in live broadcast. Meanwhile, Yossef Romano, from the Israeli delegation, was murdered after trying to attack the terrorists with a paring knife. The Germans conducted a negotiation with the Palestinian terrorists, who demanded that they be allowed to fly with the hostages to Cairo. During the night of September 5, two German helicopters, carrying eight terrorists and nine bound Israeli hostages, landed at the Fürstenfeldbruck near Munich.

At this point, the failed German attempt to extricate the hostages began. An unskilled team, lacking proper equipment and adequate planning, exhanged fire with the terrorists, until close to midnight. Ultimately, all nine hostages were killed. Five terrorists were also killed, and three were captured alive. A German police officer was killed during the operation. The next day, the Olympic Committee decided to resume the games, which had been suspended for 24 hours, after a memorial ceremony had been held. The Israeli delegation left Munich immediately after the ceremony.

The murder of the Israeli athletes at the 1972 Munich Olympics left a deep scar on Israeli society, not least because the tragedy occurred in Germany. With time, the extent of neglect by the German authorities in handling the event became known. As if that were not enough, it emerged that German officials had warned of the possibility of a terror attack at the game. The terrorists who were captured were imprisoned in Germany for only a brief period. It seems that West Germany made agreements with the Palestinian terrorist organizations in order to keep their activities away from them. The German authorities did not carry out an in-depth investigation or complete proceedings against the guilty. Germany also refused Israeli offers of help in rescuing the hostages: members of the Mossad were not permitted to contribute from their experience during the negotiations with the captors, and the Israeli offer to send a commando unit also went unanswered.

Israel acted with determination to assassinate those responsible for the attack, and over the years, conducted an international chase in their pursuit. All Palestinian terrorists who had been involved in the Munich massacre were assassinated by Israel by 1992. But beyond this, harsh feelings remained in Israel regarding what was perceived as cold treatment on the part of the West German government and on the part of the International Olympic Committee. Moreover, since 1972 and to this day, the International Olympic Committee has continued to resist marking the massacre of the Israeli athletes as part of the Olympic Games, and does not allow a ceremony to be held on the premises of the Olympic Village.

The massacre of the 11 Israeli athletes in Munich in 1972 is a lasting, indelible stain on the relationship between Germany and Israel, precisely because of the deep symbolism attached to this particular Olympics, and the Israeli participation in them.