Revealed: Stirring Words from the Victims of the Mexican Inquisition

Home > Inquisition > Revealed: Stirring Words from the Victims of the Mexican Inquisition
Judaism

Jews in Mexico who secretly kept their faith were tortured and tried. Their tormentors saved their poems... 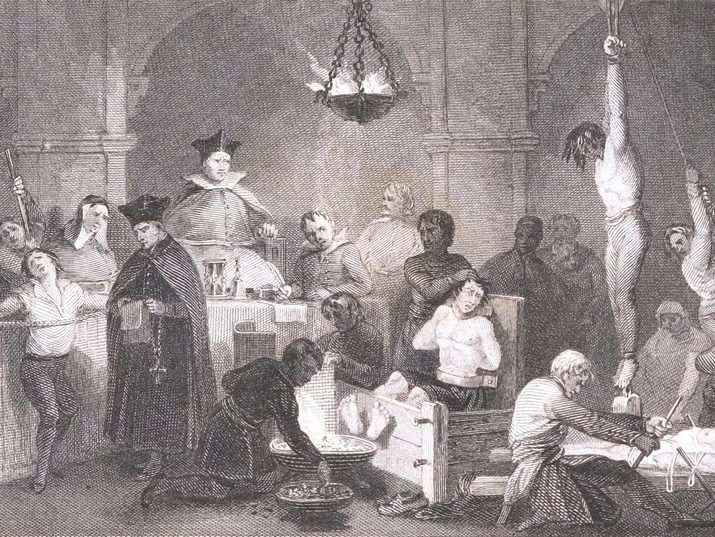 "...as much as I feel faint, in just thinking of Him my spirit rejoices..." (Image source: History of the Inquisition / National Library of Israel collection)

A century after a Catholic theocracy rampaged across Iberia in the late 15th Century, multitudes of Jews had fled abroad or were living in hiding.

Those who escaped preserved and built the Sephardi culture we enjoy today.

Many Jews who had immigrated to the New World outwardly lived as converts, while secretly maintaining threads of a Jewish life – so-called crypto-Jews.  They lost the liturgy, could have no prayer books, and knew little Hebrew beyond the “Shema”, yet they clung to their Jewish heritage, creating their own unique brand of Jewish identity and culture.

Many were eventually betrayed as Jewish dogmatizers, yet remained steadfast in their beliefs through years of torture and imprisonment in the dungeons of the Inquisition, even in the New World, ultimately paraded through throngs of cheering crowds to be burned alive at the stake with their siblings, parents, and children, as part of a public display known as an auto de fé.

How could they reconcile their Jewish beliefs while facing such horrors?

For some, we actually know the answer, as they inscribed their inner thoughts and rationale into poems and prayers.

The sacred writings of crypto-Jews in Mexico 400 years ago ring with a desperation tempered by deep faith in Hashem, the God of their ancestors.

It was their own sin – turning their back on the Law – that led to their suffering.

Despite it all, they called out in repentance, hoping, knowing that Hashem would in some way hear their cry – if sincere – and then generously shine His favor upon them once again.

The Carvajal family in Mexico was led by Luis de Carvajal, the younger, an “alumbrado,” a mystic.

His family and friends became embroiled in the Inquisition. Many of them, including Luis, were finally martyred at the auto de fé of 1596 in Mexico City.

What we know of them comes from their own writings.  Fragments of poems and prayers circulating in this crypto-Jewish community are preserved in the transcripts of their trials.  The Inquisitors were scrupulous in their recording of evidence against those that followed the Laws of Moses, forcing the accused to sing the songs and recite the prayers that condemned them in humiliation.

The trial transcripts of crypto-Jews in the New World are currently housed as original single-copy documents in special library collections and archives around the world, as well as rare archival and microfilm copies, such as the Mexican Inquisition Collection at the National Library of Israel’s Central Archives for the History of the Jewish People in Jerusalem.

The new publication, Anthology of Religious Poetry from the Mexican Inquisition Trials of 16th-Century CryptoJews, brings these cultic compositions together in the most comprehensive collection of paleographic transcriptions to date.  It is rich in bibliographic information for scholars seeking to study the religious poetry of Mexican crypto-Jews. For the lay reader, these poems are presented in Spanish and translated into English.

Penitential prayers tinged with hope are mixed with beautiful compositions that speak to a deep understanding and belief in the ways of Hashem.

The most famous compositions are nine poems, known as “canticos”, which were culled from the Inquisition records of  Luis de Carvajal’s trial. The following is the first English translation of one such poem, known as “Cantico 3”:

As for myself, I have a heart enamelled
with the name of the Lord, holy and blessed,
and as much as I feel faint,
in just thinking of Him my spirit rejoices…
Remind me of the time that teaches me,
it was to deliver me from Egypt,
and to see that He that was then is now,
I hope for better times, I pray.

Stars in the heavens

While the Carvajal family and other crypto-Jewish clans in Mexico were pursued by the Inquisition for another 60 years, many survived to become as numerous as the stars in the heavens.

Many became the founders of cities throughout what is now the southwest United States, yet they had lost virtually all traces of Jewish identity.  Some families maintained tidbits of Jewish customs, but did not make the connection to their Jewish heritage, until recently.

Today, crypto-Jews related to the Carvajal family and others are being identified through extensive genealogical studies from El Paso, Texas to St. Augustine, Florida and beyond.

Thousands are returning to Judaism, converting to the religion of their ancestors.

Anthology provides a glimpse into their heritage. It gives us all a vision into how crypto-Jews reconciled their martyrdom, while remaining faithful to Hashem.

There is wisdom here for us all.

Anthology of Religious Poetry from the Mexican Inquisition Trials of 16th-Century CryptoJews, transcribed and translated by the author is now available online, part of the National Library of Israel’s Digital Collection.