How Israel Advertized Aliyah in 1948

In 1948, Israel sought to encourage Aliyah to Israel by promoting a strong work ethic, Jewish identity, and showcasing that the newcomers would not be alone. 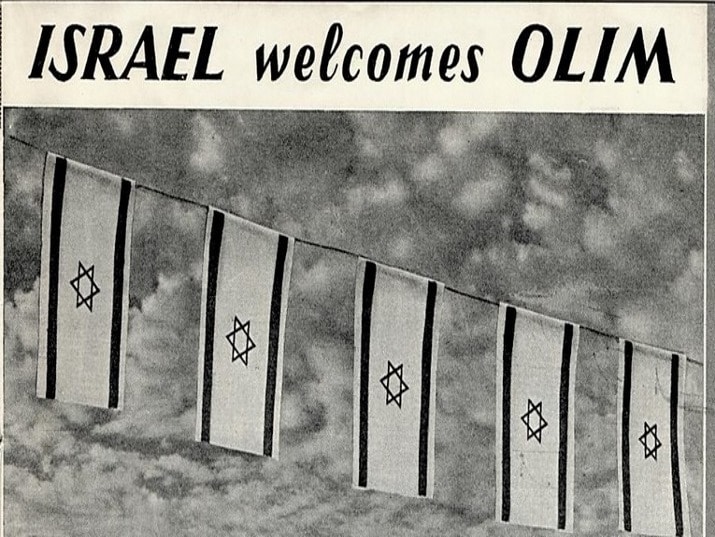 Tenacity and determination were always part of the story of Aliyah but once the State of Israel was established, the narrative had to change as well. No longer was it about fighting against the British who quashed Aliyah. It quickly became about the pioneering Olim who would become part of the Israeli collective.

In 1948, the newly minted State of Israel was recovering from war while absorbing an influx of refugees from Europe and working to make sure every citizen was provided with what they needed on a day to day basis.

During this time, the fledgling state began encouraging immigration to Israel from English speaking countries like the United States, the United Kingdom, and South Africa. Previously, immigration to the Land of Israel had been about circumventing the British Mandate’s cap on Jewish immigration while escaping the horrors of Europe after the Holocaust all before the creation of the State of Israel.  Now it was about drawing in a different demographic that would keep the Jewish State going.  In order to accomplish their goals, they published an informational pamphlet with the goal of inspiring people to make the move. 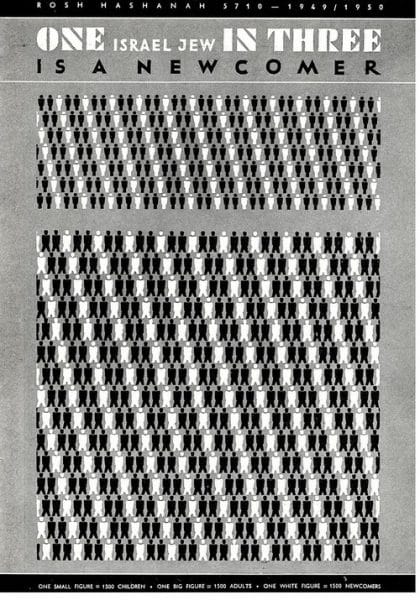 The pamphlet contained various and sundry propaganda images and slogans, telling the new Olim that the Jewish State needs hard working hands to help build a country and boasted that every third Jewish citizen in Israel is a newcomer.

Have things changed all that much since 1948 when it comes to advertising Aliyah?