Five-Hundred Years in the Life of the Amon Family

From the surrender of Spain to the court of Suleiman the Magnificent and beyond, they were there 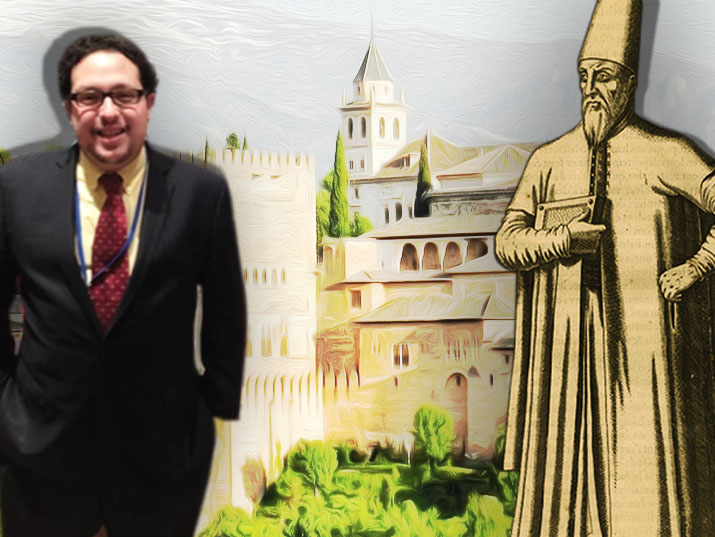 For centuries, members of the Amon family served as advisers and physicians to sultans, esteemed rabbis and businessmen across three continents

The name first appears in the first book of the Torah.

The Almighty – in bestowing a new name upon Abram – announces to him that “Your name will be ‘Abraham,’ for I have made you the father of many [Av Hamon] nations.”

The name ‘Hamon’ thus translates as ‘multitude’ or ‘many’.

Talmudic scholars, moreover, indicated that there exists a deeper meaning to this name. Indeed, the commentators state that the very name “Abraham” is but an abbreviation of “Av Hamon,” (‘Father of Many’), while each letter signifies a special attribute or character trait of Abraham, the progenitor of not only the Jewish people, but of monotheism itself.

As a last name, it will variably be spelled “Hamon” or “Amon”.

The first individual who bears this name in the historical record (and thus my family’s first appearance) seems to be Isaac Amon of Granada in the late 15th century.

Private physician to Muhammad XII (or Boabdil) the last Nasrid sultan of Granada, Isaac witnessed the surrender of the last Muslim ruled city to Ferdinand and Isabella, the Catholic Monarchs, in January 1492.

Besides some speculation, history tragically reveals no more of this forebear of the Amon family.

It does, however, record the existence of another Amon named Joseph, a younger relative who was also in Granada at that time.

One historian believed that Joseph was born in Italy, scion of the famous family of Rabbi Ovadia of Bartenura, though the consensus is that the Amon family is of Iberian origin.

Three months after the capture of Granada, and with it the end of the Reconquista (the Christian reconquest of Muslim Spain), Ferdinand and Isabella promulgated the infamous Edict of Expulsion from the Alhambra, ordering all professing Jews to convert or leave on pain of death by July 31, 1492. Following Tisha B’Av of that year, the last Jews left Spain, on the same day Christopher Columbus departed on his voyage of exploration.

At the sultan’s court

Joseph and his infant son Moses fled to the safety of the Ottoman Empire, along with multitudes of their co-religionists. As countless Jews arrived in Constantinople, Sultan Bayezid II (r. 1481-1512) is famously said to have declared that by expelling their country’s Jews, Ferdinand and Isabella had impoverished their own country and enriched his own.

Notwithstanding this venerable story, Amon family lore holds that Sultan Bayezid ordered Joseph to declare the Shahada and convert to Islam.

He was given three days to decide.

Joseph refused and defiantly proclaimed that he, his family, and his brethren had fled their ancestral homeland in search of religious liberty. He offered up his life but declared that he would not betray his faith.

Impressed by his staunch conviction, Bayezid invited Joseph to become his physician and advisor. Consequently, Joseph loyally served Bayezid and his son Selim I (r. 1512-1520), often accompanying them on military expeditions to Egypt and Syria, as the Ottoman Empire continued to increase its vast territorial holdings.

Joseph’s son Moses, who had left Spain as an infant, rose even higher than his father in the esteem and service of the Sultan and his Jewish brethren. He served as physician, advisor, and diplomat to Suleiman the Magnificent (r. 1520-1566), the longest reigning Ottoman sultan, throughout much of his 46 years in power.

Moses funded a yeshiva, paid Jewish scholars to translate great works, and valiantly defended his brethren from infamous blood libel allegations. Most significantly, he persuaded Suleiman to intervene on Dona Gracia Nasi’s behalf with Venetian authorities, thus allowing her to immigrate to Constantinople.

Although other Amons may be mentioned in various encyclopedias and resources, none of them merited to receive the historic stature or station of these three forefathers, all of them medieval physicians.

The Amons of late-Ottoman Istanbul

Closer to our own time, my great-great grandfather Ishak Amon Effendi is the earliest known member of my directly traceable family branch.

Born and raised in Istanbul, he was a teacher of mathematics, a rabbi, and a member of the Communal Council. His grandson (my grandfather) told me that as a sign of his prestige, Rabbi Ishak was even offered the position of Chief Rabbi of the Ottoman Empire following the Turkish War for Independence.

Unwilling to become involved in political machinations, he declined the offer to succeed Rabbi Haim Nahum Effendi, who had left to become Chief Rabbi of Egypt. Nonetheless, the Ottoman government bestowed “Effendi” (a title of nobility equivalent to being knighted in England and rarely given to Jews) upon him as a sign of the esteem in which he was held.

In August 2019, with the assistance of the Turkish Chief Rabbinate, the Neve Shalom Synagogue, a good friend named Ismail Baran Can Yildirim, and several cemetery employees (who barely spoke English), Rabbi Ishak’s grave was finally found in the Sephardic cemetery of Istanbul, located in the Arnavutköy neighborhood.

Though the letters are fading, words in Turkish and Hebrew note that he was honored by the nation for his contributions and mourned by his people.

Rabbi Ishak’s son Davit was my great-grandfather. Born in 1881, the same year as Ataturk, he owned and operated his own import-export business in Istanbul. Married by Rabbi Raphael David Saban, the future Chief Rabbi of Turkey, Davit had two brothers and a sister. He died in 1977, the year after my father started medical school, and a dozen years before I was born in the United States.

The Midwest via modern Turkey

His son – my grandfather – Rene Isaac Amon, was a formative influence in my own life. Born in December 1923, a month and a half after Ataturk proclaimed the Turkish Republic, he grew up in a multi-ethnic, multi-confessional, multi-national neighborhood of Istanbul. He was a polyglot, who spoke French with his parents, Ladino (Judeo-Spanish) with his grandparents, Greek with his friends, Turkish in the streets, and Hebrew in school. He later learned German and Russian for study purposes and perfected his English as an attaché between the Turkish Army and the British military during the Korean War.

As a teenager, he met Ataturk a few months before the latter’s death. He married my grandmother, Denise Nehmad from Beirut, in Istanbul’s Neve Shalom Synagogue in December 1952. Then-Chief Rabbi Raphael David Saban presided over the ceremony.

Shortly thereafter, my grandparents made the decision to move to America, with a young child – my father Erol – in tow. Arriving in Chicago during fall 1957 (when my dad was three years old), my grandparents had to reorient themselves to a new culture.

My grandfather’s Masters in Engineering from Istanbul Technical University was insufficient for career advancement.  As such, despite 15 years of practice, he attended Northwestern University to obtain his PhD (and thus earn “his union card” as he put it). In his early 40s, he was thus writing his dissertation, teaching full time at the University of Illinois at Chicago, and raising my father.

Living in St. Louis, I visited my grandparents every summer growing up. During the High Holidays, they would take the train or get a ride from Chicago to St. Louis and stay with us for a few months.

My grandfather’s interests were numerous and his curiosity insatiable. He continued to read works in multiple languages, discuss religion, history, literature, engage with mathematical problems, and watch movies with us at night.

Into the 21st century

My grandmother (of Nahmad and Safra family origin), passed on in September 2013, while my grandfather passed on in October 2018, two months’ shy of his 95th birthday.

Mentally lucid and cognizant until the end, (speaking in French and Ladino with friends in person and on the phone even just a few days before his passing), he impressed upon our family the importance of remembering our history and passing it on to future descendants, to those who will unfortunately not know him except through our indelible recollections and memories.

In this final enterprise, he followed the notable example of our lawgiver and prophet Moses, who near the end of his own life exhorted the Nation of Israel to “remember the days of old, consider the years of ages past. Ask your father and he will inform you; your elders and they will tell you.”

My genetic story (from 23&Me) reveals that I have relatives on five continents. Indeed, the Amon Diaspora spans the globe; members live in the United States (such as Cleveland, Seattle, New York, Boston, and St. Louis), Costa Rica, Turkey, Israel, France, the United Kingdom, and Australia.

Even more significantly, my Amon ancestors hail from Egypt, Iraq, Italy, Turkey, Lebanon, Spain and Portugal. Though great expanses of space and time separate us, they live on in us.

Our DNA is the “living embodiment” of our chronicle in the scroll of family, Jewish, and human history.

It is said that we are only remembered for three generations. Accordingly, it is incumbent upon us to bear witness to the lives of our ancestors throughout the centuries, so they may live on for posterity. As the late Rabbi Jonathan Sacks, former Chief Rabbi of the United Kingdom and member of the House of Lords memorably wrote, “I hear their call to write the next chapter… [and] continue their journey because… I may not let it and them fail. I cannot be the missing letter in the scroll.”