The Making of the Story “Shloyml Boyml and His Lucky Dreydl” 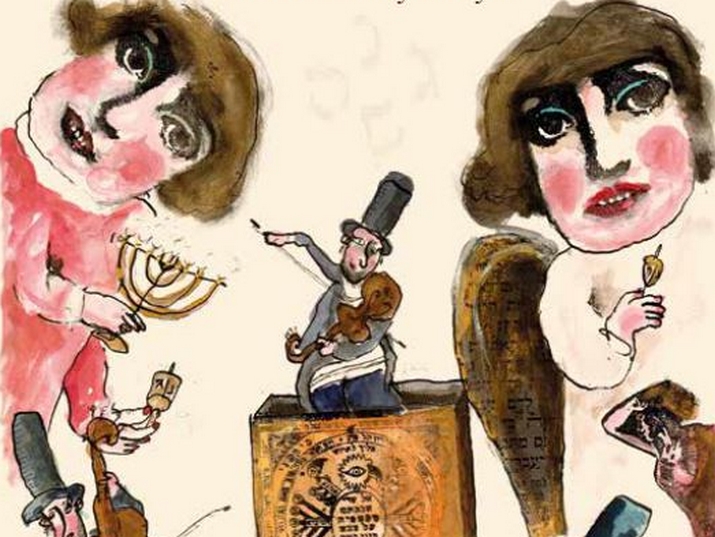 In 1981, I was slated to start law school, but those plans were upended after I attended a klezmer concert.

I was inspired to form a band instead, but I knew it had to be unique. I realized there had to be a lot more forgotten and unpublished klezmer melodies among the Holocaust survivors and Romani musicians who had played for Jews before the Holocaust.

So I bought a one-way ticket to what was then the Eastern Bloc. My first stop in Romania was Bucharest. After speaking to several Jewish informants, I quickly learned that if there were any Jewish and/or Romani musicians still playing klezmer music to be found, it would be in the northeastern province of Moldavia.

It was in Iasi (the capital of the province) that I met Itzik “Cara” Svart, Romania’s leading scholar on anything to do with Romanian Jewish folklore (including klezmer music). We would meet either in his home or at the kosher kitchen (cantina, as they called it in Romanian).

I was the student asking question upon question and Itzik was the patient teacher. He told me how in his town of Podu Iloaiei, there had been no Jewish klezmer musicians, so they would hire klezmers from Iasi for all the Jewish weddings.

On Purim, however, local Roma were hired to accompany the Purimshpilers (Purim actors) from house to house.

He also said that some of the Jewish musicians had even traveled as far as Constantinople before World War I, where they played for anyone who would pay to listen to them. He delivered all of this information in perfect English in between bites of his hot kosher lunch.

One day, Itzik introduced me to a Romani gentleman named Paul Babici, who, along with his father, played klezmer music on the alto saxophone with Jews before and after the Holocaust.

Babici told me in Yiddish about a Jewish man, Yehuda Schulman, in Piatra Neamt, who remembered many “Buhusher nigunim”, tunes according to the traditions of the Buhusher Hasidic court.

Schulman’s family had been Buhusher Hasidim, followers of the righteous sage Yitshak ben Shalom Yosef Friedman (1834-1896) and his successors.

I finished my research in Iasi, took a bus to Piatra Neamt and went straight to the synagogue, where someone told me that Yehuda attended Friday night services. As it was Thursday, I only had to wait one day.

Yehuda was extremely friendly and was more than happy to sing many Buhusher nigunim, which he had learned from his father and grandmother. We met several times, and on one occasion, he sang a nigun that was sung especially during the festival of Hanukkah.

He told me how in the mid-19th century, klezmers would travel to Constanta (a city on the coast of the Black Sea in what is now Romania) to play music, exchange tunes with other musicians – some of whom came from as far away as the Ottoman Empire – and buy goods that were not available at home, such as olive oil from the Land of Israel.

Some of their nigunim certainly had origins in these travels.

These journeys to Constanta, characterized by the exchange of melodies and exotic wares including precious olive oil from the Land of Israel, stayed in my mind for years and would inspire my second children’s book.

My first children’s book, “The Wedding that Saved A Town”, was also based upon a kernel of Jewish history.

In certain parts of Eastern Europe (particularly Poland) there was a little-known practice of klezmer musicians being asked to play in a Jewish cemetery for two orphans who were getting married. This was done during cholera epidemics when all else failed to alleviate the plague and desperate rabbis resorted to this superstition. They called this in Yiddish a “shvartse khasene” – a black wedding.

“Shloyml Boyml and His Lucky Dreydl,” my latest story based on those long-ago journeys to Constanta has recently come out, published by a wonderful small publisher I found, Olniansky Tekst Farlag in Lund, Sweden. They were established in 2010 to publish new Yiddish material for all ages.

This past spring, they got a lot of press as they published the first volume of Harry Potter in Yiddish by the renowned Yiddishist Arun Schaechter Viswanath to resounding success. The first edition sold out.

The illustrations for “Shloyml Boyml and His Lucky Dreydl” were done by a wonderful Hungarian Jewish artist in Budapest, Emil Singer-Fuer. The book is in Yiddish (right to left) and in English (left to right). 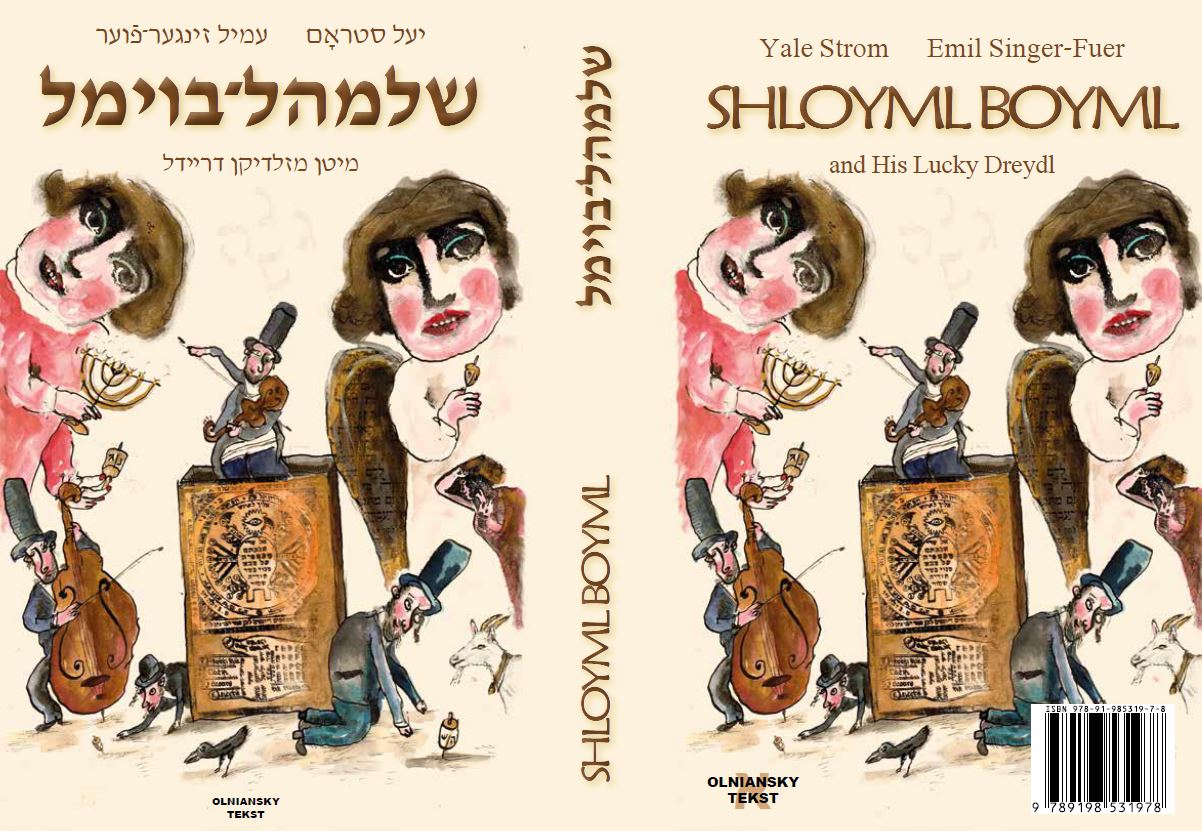 My research over the years in Eastern Europe has resulted in books, documentary films, plays, recordings, photo exhibitions and oral histories, and I look forward to mining further in creating new art that celebrates Yiddish culture.