Putting the J in Majorca

After hundreds of years underground, Jewish life on the Spanish island is reawakening 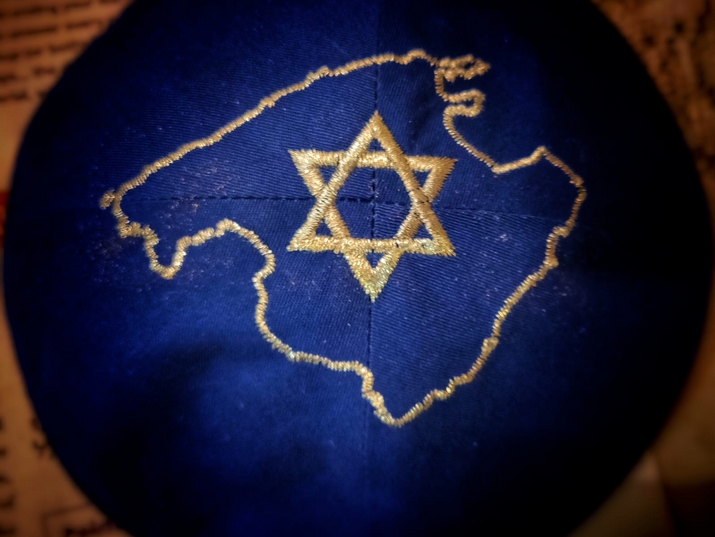 The once vibrant Jewish community of Majorca is now experiencing an historic renaissance (Photo: Dani Rotstein)

In November of 2014, I moved to Majorca, an island off of Spain, thinking I would never meet another Jewish person there.

I was quickly proven wrong when I found out about a volunteer-led synagogue with a small group of followers on the island. As I sat at one of the services, I learned that not everyone there was Jewish.

In fact, there’s a group of people on the island known as “Chuetas” who identify as Catholic yet quietly preserve the light of a Jewish community nearly forgotten. The Chuetas are descendants of Majorca’s once thriving medieval Jewish community, and some feel connected to their Jewish ancestry to this day. This finding blew me away as I thought about how powerful Jewish history is: these people are resurrecting a nearly dissolved Jewish legacy from over 600 years ago!

I was soon invited to attend once-a-month Shabbat dinners with a small group of Chuetas who had converted and/or returned to Judaism. I looked forward every month to spending time with them, learning from them, hearing their incredible family stories that were being left untold to the general public.

I brought my non-Jewish girlfriend at the time (now wife and mother of our son) who also began to express an interest in learning about Judaism, as I was expressing an interest in re-learning my own Judaism. You see, history and culture and what binds us together as a people with a collective shared past – that is what excites me, and who better to learn from then a group of people that were reconnecting to their ancestors’ faith from centuries ago!

This spiritual and cultural discovery reminded me that for millennia, the Jewish people have overcome darkness. We have prevailed against those who sought to destroy us in each generation by carrying our beliefs, traditions, culture, and most importantly, our strong sense of peoplehood forward. In Pirkei Avot 1:14, Rabbi Hillel tells us: “If I am not for myself, who is for me?” implying that each one of us can carry the torch and lead our communities out of darkness.

And this flame can continue to glow when we are connected and dare to share the beauty of our people with the world around us.

Early on in life, I was raised with a strong sense of Jewish identity, though was never very observant. Growing up in New Jersey, USA, my parents sent me to a Jewish sleep-away summer camp where I befriended other Jews from around the country and learned the song “Wherever you go, there’s always someone Jewish.”

When I was 18 years old, I had a unique opportunity to live and learn in Israel, embarking on the Young Judea Year Course program.

There, I strengthened my relationship with Israel and the Jewish people. From learning Hebrew and being able to communicate with my Israeli grandparents, to training with the Israeli Air Force for a week, to living on a religious kibbutz, it was the best year of my life.

As I witnessed Jews from around the world come together in Israel, it opened my eyes to the value of our Jewish family—for myself, my friends, and the global community.

After returning to the United States and graduating college, I worked in film production in Miami and New York but was starting to feel the need for a change. I was missing that same sense of fulfillment I experienced in Israel. It wasn’t until I moved to Majorca five years ago that I found my purpose in the Jewish community.

So I became more involved, determined to instill the passion for Jewish life around the island. I started by hosting challah baking workshops and Purim parties, and from there, the excitement spread to others.

Our numbers kept increasing, and we became a tighter knit community. In fact, we are now up to 60-70 attendees at our Shabbat dinners.

My wife and I founded Limud Mallorca – a Jewish cultural association intent on bringing Jewish culture and life to disconnected Jews living on the island, families of mixed-marriages, and those non-Jews interested in learning about and connecting with Jewish values and history.

We organized multiple trilingual learning conferences – in English, Spanish, and Mallorquin (a dialect of Catalan that is spoken on the island). We are a volunteer-run organization that is now working with the City Hall and organizing cultural activities and social events – documentary screenings, book presentations, choir concerts, lectures, seminars, holiday celebrations and community Shabbat dinners at different vegetarian restaurants around the island. Last year the Department of Education asked us to visit different public schools and conduct workshops centered on Holocaust education.

Our first educational Jewish learning conference was in May 2018 and we expected around 20 or 30 people, but we ended up with over 85 attendees from around the world! The following year we had over 150 attendees.

Soon after our first event, the president of the local synagogue decided to resign and nobody wanted to fill his shoes. I decided to step up to the task and was elected to sit on the synagogue Board of Directors.

Along with me were three Jews by choice, two of whom were Chuetas. This was the first time in over 600 years that Mallorquin natives with Jewish ancestry were once again a part of the leadership of the local Jewish community, as the synagogue had been started in the 1970s by British Ashkenazim who had retired and moved to the island. Ever since, the community had been lead by Jewish expats or Spanish nationals from outside the Balearic Islands.

In August 2018, not only was the new board elected but two Chuetas traveled to Israel to be married under a chuppa (traditional Jewish wedding canopy) – apparently the first wedding between two Chuetas in Israeli history.

The other event worthy of noting was the inauguration of a memorial to the Crypto-Jews that were burned at the stake in 1691 in Plaza Gomila. A memorial had been under petition for at least 40 years prior and finally manifested itself in the very same month as the wedding in Israel and the new board assuming its role.

We are living through watershed moments within Mallorquin Jewish history.

After volunteering with the synagogue and Limud Mallorca, I finally decided to make the final leap of faith – to leave my work as a TV commercial producer and open up an educational tourism company called Jewish Majorca, with the goal of offering an interactive learning experience that engages both visitors and residents alike and sparks further curiosity.

We opened up in May 2019 and had a wonderful first summer, followed by bookings for a 400-person Kosher-for-Passover holiday in 2020, along with multiple bar mitzvah cruise trips and Jewish destination weddings planned.

All of this was stopped in its tracks due to the arrival of “Señor COVID,” yet instead of shutting down operations and giving up our dream, we decided to adapt and innovate.

We now offer virtual Zoom tours to different communities around the world, as well as a stand-alone Video Virtual Tour. The fact that international tourism has been temporarily shut down has actually encouraged us to do what we have always been wanting to do – go online and share the Jewish, Converso, and Chueta history of Majorca with the global audience.

Jewish Majorca also connected with Jewish tour guides and community members around the world in an effort to tell other Diaspora community stories, as well, with the “Chanuka 2020 Around the World in 8 Days” virtual program.

Throughout my life I have been blessed to witness the beauty of Jewish life and the immense power of a connected community, whether in New York City or in Israel.

And now, on the tiny island of Majorca, I hope to continue sharing that light with others, showing that anyone can come together and live in harmony. My experience in Majorca shows how the spirit of the Jewish people lives on in each one of us. Together, we can help reignite the flames of Majorca’s Jewish community and unite the global Jewish community.