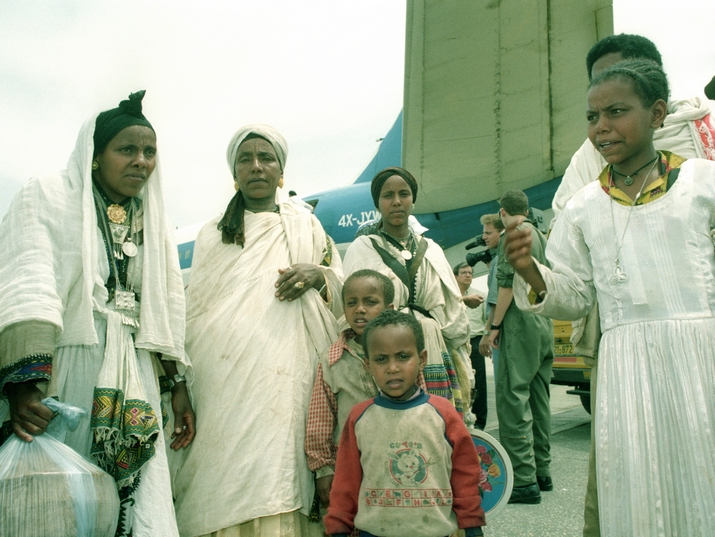 New immigrants from Ethiopian shortly after disembarking from the plane as part of Operation Solomon, 25 May 1991 (Photo: Gadi Cavallo). From the Dan Hadani Archive, Pritzker Family National Photography Collection at the National Library of Israel

That flight, in fact, still holds the Guinness World Record for the greatest number of passengers ever carried by a commercial airliner, though the exact number remains disputed three decades after the daring mission known as “Operation Solomon”.

As the immigrants boarded the plane they were counted. Official paperwork went to the relevant authorities and served as the basis for the official record of 1,088 passengers.

After landing in Israel, Rafi Har-Lev, the CEO of El Al, asked Captain Oz, “How many passengers did you bring?” Upon hearing the tally, Har-Lev exclaimed, “That’s a world record,” and asked for a re-count just to make sure.

Captain Oz soon realized the reason for the rather significant discrepancy.

A number of mothers had hidden their children under their dresses as they boarded the plane, not fully certain where they were going, nor who exactly was taking them.

Many of the passengers, refugees from the war-torn Gondar region, had never seen an airplane before, let alone many of the other reflections of modern society to which they were suddenly exposed.

Their concern was more than justified given the circumstances.

Captain Oz could certainly relate. Decades earlier, a Dutch family had hidden him for three years in their attic, saving him and his sister from being murdered during the Holocaust.

As he prepared to go to the Land of Israel after the war, the child was asked what he would do there:

“Will you be a shepherd? A camel herder?”

Arieh (born Harry Klausner) responded, “I will be a pilot!”

For decades Arieh Oz did just that, serving Israel and the Jewish people in ways his childhood self could not have even imagined, including taking part in the famous mission to free the hostages at Entebbe.

Long retired from active service in the Israeli Air Force, Oz was already senior staff at El Al when he was called to take part in Operation Solomon, flying the first Jumbo 747 ever to land at Addis Ababa airport. According to Oz, who had also spent time in Ethiopia training pilots in the 1960s, three Jumbos were set to land in Ethiopia’s capital as part of the operation. After two came in, local authorities complained that the weight of the massive aircraft had damaged the runway and the third Jumbo was forbidden from touching down.

This setback, as well as a technical issue with another plane, meant that the plan had to be changed. More passengers needed to join Captain Oz’s flight.

Captain Oz of course welcomed them aboard, later honoring the passengers’ request to inform them when the plane flew over Jerusalem.

At some point during the flight, after realizing that the Israeli team was kind and caring, the mothers who had concealed their children on the way onto the plane let them out of hiding. 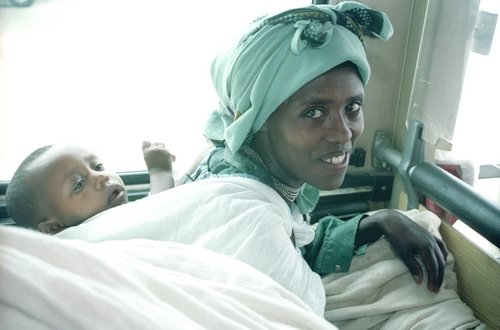 When the flight finally landed in Israel – after flying over Jerusalem – there were some three dozen “new passengers”, Captain Oz recalled.

Though the higher number of 1,122 is noted by Guinness World Records, the lower number remains the official figure, as it is what appeared on the flight documents.

Kept secret for months, Operation Solomon would not have been possible without the tireless efforts of the global Jewish community and supporters worldwide; the countless Israelis who took part in all aspects of the mission, from planning through implementation; and, of course, the immigrants themselves, who longed for Zion and left all they knew to realize their dreams.

Regardless of whether the true number of passengers on that 747 was 1,088 or 1,122 (or something in between), Operation Solomon remains a rousing example of what can be accomplished when solidarity meets determination and sacrifice.