Set in the center of the Imperial State Crown of the United Kingdom is an enormous diamond. A part of the original stone is in the possession of an Israeli family. How did this happen? 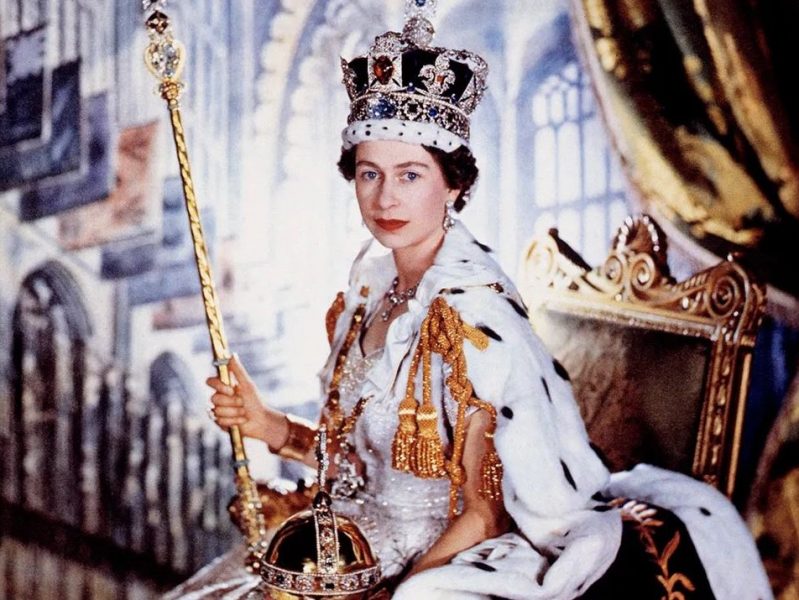 Queen Elizabeth II at her coronation wearing the Imperial State Crown with the diamond at its center. Photo: Cecil Beaton. Source: Wikipedia

In the Imperial State Crown that Queen Elizabeth II wore at her coronation, the same crown that has now passed to King Charles III, you will find 2,868 diamonds, 273 pearls, 17 sapphires, 11 emeralds and 5 rubies. Embedded in the center of the crown is a huge diamond. A piece of the original stone from which it was cut is in the hands of an Israeli family. This is the story of that diamond’s fascinating journey:

In 1907, an unusual diamond was mined in South Africa. At the time, it was the largest diamond ever found, weighing 3,106 carats, the size of a human heart. It came to be known as the Cullinan Diamond. The new government in South Africa, which only five years earlier had gained independence from the British Crown, decided to give the stone as a gift to King Edward VII, Queen Elizabeth’s great-grandfather, on the occasion of his birthday.

A good diamond requires top diamond cutters who can bring out the stone’s brilliance, so King Edward looked for someone to entrust the job to. He found the Asschers—a Dutch family known for its supreme diamond cutting skills. This is my grandmother’s family.

From London to Amsterdam – A Bold and Discreet Operation

How does one securely transport such a precious treasure from London to Amsterdam without having it stolen? In 1908 a British battleship left London for Amsterdam. In its belly it carried a secure box with the unpolished diamond inside—or at least that is what many were led to believe. This operation was actually a cover up, because at the same time, the real diamond was in the pocket of one of the sons of the diamond cutter family. Abraham Asscher set sail from London to Amsterdam around the same time on an ordinary ship traveling without baggage – only a large coat to protect himself from the cold and to disguise his precious cargo.

The operation was a success and the diamond arrived safely in Amsterdam. But then a new problem emerged—the Asscher family discovered that the huge diamond could not be cut. The chisel broke with the very first blow! It would take another two years, and the invention of a new diamond cutting patent—which to this day is called the “Asscher Cut”—for the Asscher family to finally cut the treasure as requested.

Finally, some two years later, the Asschers were able to return the diamond to King Edward, after it had been cut into nine polished diamonds and 96 smaller stones. The same year, 1910, the central diamond, weighing 530 carats, was placed in the scepter of the King of England and given the name “The Great Star of Africa.” This diamond alone was then valued at £2.5 million, which is about £52 million today. The second largest diamond was named “The Second Star of Africa” ​​and was set in the center of the Queen’s crown.

When Cutting Diamonds, Expect the Chips to Fly

How much were the Asschers paid for their work? When diamonds are cut, chips fly. In this case, the chips turned out to be reasonably sized diamonds, which were given to my great-great-great-grandfather, Joseph Asscher, as payment for his work. Shortly afterwards he also received a knighthood from the Queen of Holland.

The Asschers decided that the diamonds would be passed down from generation to generation by the men in the family, who would give them to the women they married in their wedding rings. Many members of the Asscher family were murdered in the Holocaust, but my grandmother, Elizabeth Asscher, survived. After the war, she was able to retrieve two of the diamonds that somehow managed to be hidden from the Nazis.

One of these diamonds adorned my Grandmother Elizabeth’s ring for 65 years—a royal diamond set in a cheap metal ring, in the best thrifty Zionist-Dutch tradition.

One of the diamonds was given to my brother, who, with the help of an amazing jeweler on Sheinkin Street in Tel Aviv, set it on a ring and gave it to his beloved Nynke, who happens to be both adorable and Dutch.

And so, a piece of the magnificent Imperial State Crown diamond ended up in Israel, by way of my family’s connection to the British royal family. Who knows how the diamond’s journey will continue?