A Special Back to School Project: Recognize Yourself in These Photos?

Home > Photographs > A Special Back to School Project: Recognize Yourself in These Photos?
Land of Israel

Identify and tag your friends, family members, and yourselves in these rare photos of school children from the National Library collections, taken between the 1950s and the 1990s 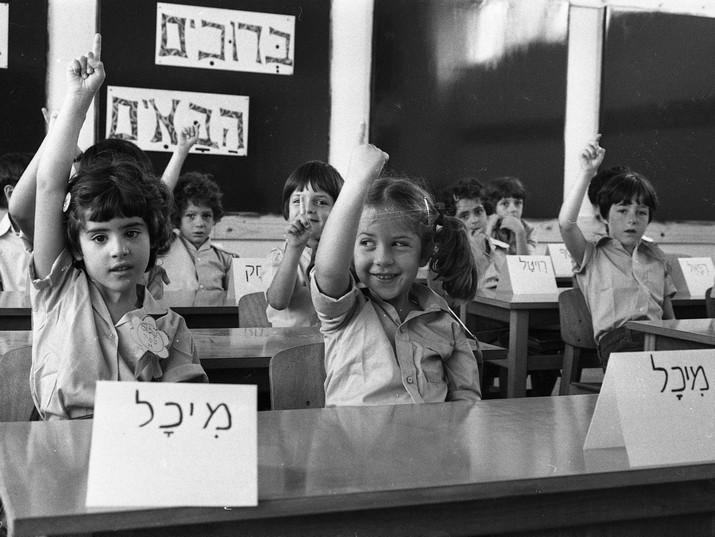 Photo by Danny Gottfried, the Dan Hadani Collection, the Pritzker Family National Photography Collection at the National Library of Israel

The National Library and Facebook Israel have continued their partnership by introducing a new project ahead of the start of the school year. More than a thousand historical photographs of school children will be made available to the public through the assistance and funding of Facebook Israel.

The National Library’s collection of rare photographs contains millions of pictures, and in many cases there is very little information available about them. Often, the information includes only the time and place that the photograph was taken– for example, “Taken in Tel Aviv, 1974.” It is because of this that we have decided to, once again, turn to the wider public, and with the help of Facebook Israel, spread the photographs to as many Israelis as possible so that they can help and contribute the most important information about any photograph – the identity of the person featured in it as well as the story behind the image.

In honor of the back to school season, we will upload photo albums spanning several decades of Israeli history and invite the wider public to identify and tag their friends, family and themselves in the photographs. This means their names will be preserved in the archives of the National Library of Israel for generations to come along with the cultural treasures of the State of Israel and of the Jewish nation.

The photographs will be presented on the National Library of Israel Facebook page and will allow for everyone and anyone to experience these special moments that were captured in time by professional photographers who were active in the first few decades following the foundation of the State of Israel.

The Pritzker Family National Photography Collection at the National Library of Israel includes nearly 2.5 million photographs of the Land of Israel and of the State of Israel. Spanning the course of 150 years, it is the largest collection of photographs of Israel in the world. It includes a large number of smaller collections within it, but the Dan Hadani Collection stands out in particular. An archive of over a million photographs, the Dan Hadani Collection contains images from nearly every important moment in Israel’s history. Dan Hadani and his team of photographic journalists captured political developments, wars and cultural events over the course of several decades. These photographers also accompanied young students on their first days of school, were there as they met with a range of different interesting figures, were present at the end-of-year school ceremonies as well as for various celebrations held for the children throughout the calendar year.

Yaron Deutscher, Head of the Digital Department at the National Library: “The treasures that are preserved at the National Library are relevant to each and every one of us, and these adorable children who were photographed in the 60s, 70s, 80s and 90s and those of us looking at the photos are one and the same – Israelis living here today. Thanks to our wonderful partnership with Facebook and Instagram we can reach all of these Israelis and bring them into our collective national memory.”

Adi Soffer Teeni, CEO of Facebook Israel: “Facebook Israel and the National Library have been in partnership for nearly a year and each successful project manages to move me all over again. Our ability in today’s digital world to bring pieces of history to life, to tell the story of the country through the lens of a camera, is a great privilege. The photograph collection at the National Library tells the story of the State of Israel at every stage of history and connects us to the people who were there. I hope that this project will allow us to give names to the faces in these special and unique photographs.”

Have fun at school!