“If Judaism is a tragedy, let us live it” – Stefan Zweig’s Letters Revealed

Home > Antisemitism > “If Judaism is a tragedy, let us live it” – Stefan Zweig’s Letters Revealed
Diaspora

26 letters and 6 postcards, previously unknown, all by Stefan Zweig, one of the greatest writers of the first half of the twentieth century, have been given to the National Library of Israel. 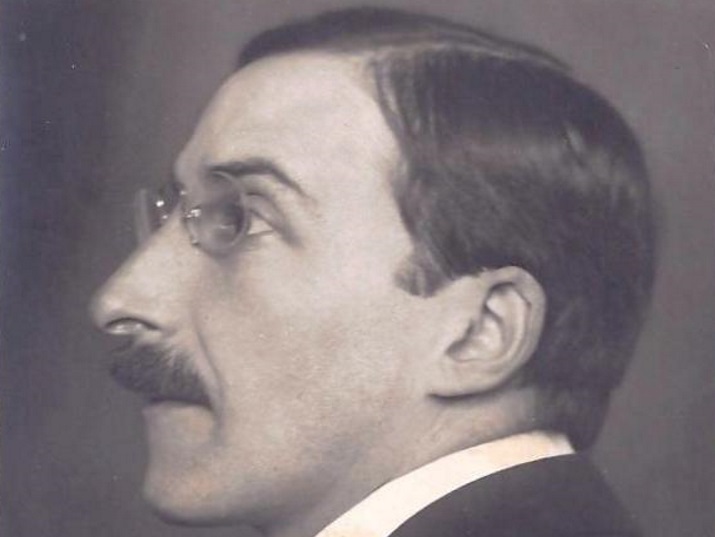 The author Stefan Zweig in a photograph from the 1920s

The letters shed new light on Zweig’s personality, his attitudes toward Judaism and Zionism, and his political prophecy, as he alludes to the rise of Nazism 12 years before Adolf Hitler seized power.

​In 1921 a 16 year old fan of Stefan Zweig, Hans Rosenkranz, sent him a letter, seeking advice on becoming a writer. Zweig wrote back to Resenkranz beginning the long correspondence between the two that blossomed into a mentorship. Zweig offered professional, moral, and even financial support for years – right through 1933, when the Nazis rose to power.

The letters have been given to the National Library of Israel by Hannah Jacobcon, Rosenkranz’s step daughter, a resident of Bat Yam in Israel,  are remarkable. It was unusual for authors to write back to their fans in such a way, but Zweig even referred a number of his writer friends. Zweig also went so far as to give Rosenkranz the right to print and market the German version of Anatole France’s “Joan of Arc”, which had been translated by his first wife, Friderike Zweig. This was certainly great help to the young publisher.

Throughout their longstanding correspondence, and contrary to his usual practice, Zweig discussed Jewish topics, writing in his first letter, for example, “There is nothing I hate more than the self-worship of nations and their refusal to recognize a variety of forms of peoples and the types of human beings and to experience them as the beauty of being. In terms of history, it is simply clear to me that certainly Judaism is now thriving culturally and flourishing as it has not flourished for hundreds of years. Perhaps this is the flare up before extinguishment. Perhaps this is nothing other than a brief burst in the eruption of the world’s hatred…”  Zweig continues, “The Jew must be proud of his Judaism and glorify in it – yet it is not appropriate to brag about accomplishments you have achieved with your own hands, not to mention the accomplishments of a mass and homogenous body to which you belong… anti-Semitism, hatred, internal strife are all ancient elements of our historical destiny – always problematic… we must therefore look for a way out; we must be brave to remain within our destiny. If Judaism is a tragedy, let us live it.”

In another letter the young Rosenkranz wished to know Zweig’s opinion regarding the possibility of moving to the Land of Israel. Zweig, who was well travelled, but never to Israel, did not support the idea, citing the death of the son of a friend who had moved there, leaving the father “a broken vessel”.

Despite the fact that Zweig had reservations about the Zionist enterprise, Zweig admired Theodore Herzl, and wrote, “In recent days I have read Herzl’s diaries: so great was the idea, so pure, so long as it was just a dream, clean of politics and sociology… we, who were close to him, were hesitant to hand all of our lives over to him… I told him that I cannot do anything which is not complete  … art and the world as a whole were too important for me to devote myself to the nation and nothing else… go there only if you believe, not out of disgust from this German world nor due to bitterness seeking an outlet through escape.”

Dr. Stefan Litt, who is responsible for handling Zweig’s archival materials at the National Library, explains that these letters provide important new information about Zweig as a writer and an individual with a critical eye. The letters contain fascinating insights into the beliefs and mindset of the renowned author, who offered many pieces of advice for aspiring writers throughout the decade-long correspondence. Zweig notes that it is important to study in university, as a broad education is essential for anyone wanting to be a writer and that it is important to get to know other countries and cultures, and especially to learn additional languages. In Zweig’s words, “Learn languages now! That’s the key to freedom. Who knows, maybe Germany and Europe will become so stifling that the free spirit will not be able to breathe within them”.

Despite Zweig’s advice, literary support and financial assistance, Rosenkranz was unable to fulfill his literary ambitions. In the early 1930s, he married Lily Hyman, a divorcee and mother of a very young daughter. The family immigrated to Palestine in December 1933 and several years later Rosenkranz joined the Jewish Brigade of the British Army as an officer in a unit that fought in Italy during World War II. During the war, he contracted lung disease from which he never fully recovered.

After the war, he divorced, changed his name to Chai Ataron and began writing for the Jerusalem Post and Ha’aretz. On October 25, 1956, Rosenkranz committed suicide, as Stefan Zweig had 14 years earlier. His stepdaughter Hannah Jacobsohn kept in touch with him over the years, even after he separated from her mother. Jacobsohn, who served as an officer in the Israel Police, told National Library archivists that her stepfather had a very broad education and vast knowledge of literature and art. Findings in archives across Europe indicate that Rosenkranz also corresponded with other writers, including Thomas Mann, Klaus Mann, Franz Goldstein and others, though it is not known what happened to these letters.