While imprisoned in a notorious British jail, this youth came up with the design of a submachine gun which would gain worldwide popularity. This is the unbelievable story of Uzi Gal. 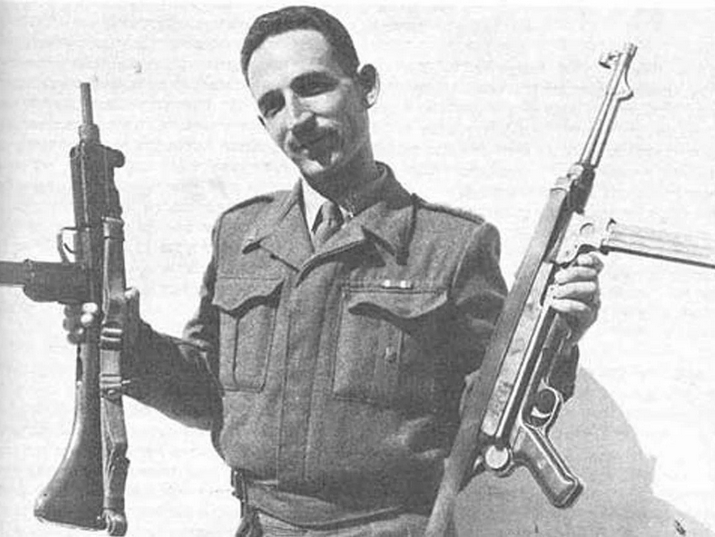 Uzi Gal and his invention

Gotthard Glas was a child with a dangerous hobby: weapons.

When he was ten years old, young Gotthard managed to burn his hand in a freak accident. The boy grew up in Munich, Germany, in a home full of pistols, swords and other antique weapons. One day he decided to saw down an old, long rifle and transform it into a new and more compact sort of weapon – this bright idea led to the unfortunate injury.

When the child became a teenager, after moving to Kibbutz Yagur in the Land of Israel, his great passion for guns returned. He heard that the geography teacher in his district school owned a tiny Italian B.P. gun. He sold his stamp album, bought the weapon and began working on his dream: to turn it into a well-oiled instument of war. Unfortunately, a teacher in the school caught him at work on the gun, and his plans were foiled once again. Glas did not give up: at the age of 15 he invented a bow which shot arrows automatically – a “submachine bow and arrow”, if you will.

When Glas joined the Palmach, the underground Haganah organization’s elite fighting force, he found the perfect occupation: Weapons development. Just as in his school days, however, he was caught once again – and sentenced to 7 years in prison by the British Mandate authorities for his work with illegal weaponry. To his joy, he was pardoned after just over two years in Acre Prison. You will not be surprised to hear that Gotthard passed the time behind bars by designing a submachine gun.

In 1949, while still a cadet in an officer training course and after making an intimate acquaintance with all the weapons the IDF had to offer, the young boy, who had meanwhile become Uziel Glas (and would later be known by the name Uzi Gal) chose to write a letter to his commanders:

“To: The Commanding Officer of the Officers’ School, Lieutenant Colonel Meir Zorea.

The long letter contains a detailed description of his dream of the perfect submachine gun.

Five and a half years later, on April 27, 1955, the IDF held the traditional Independence Day Parade. It was at this parade that the army revealed the new submachine gun which bore the name (what else?) “Uzi”. By the way, Guthard/Uziel/Uzi Glas/Gal didn’t want the submachine gun to be named after him, but the decision was out of his hands.

Within a few years the Uzi was not an exclusively Israeli weapon, it became a phenomenal success throughout the world.

The entire State of Israel encountered this unassuming young man when he received the Chief of Staff Citation in 1955, and was then awarded the “Security Prize” by David Ben-Gurion.

When asked about his invention he simply replied: “I did my duty in the army. Just like a cook, just like everyone else”.

This article makes use of information found in volume 17 of the IDF Encyclopedia of Military & Security Issues (צה”ל בחילו – אנציקלופדיה לבא וביטחון), and Eli Eshed’s article “Sixty Years of the Uzi Submachine Gun”.