In 1970 ten Israeli prisoners of war in Egypt, captured in the War of Attrition, used their abundant free time for an unusual project: translating J.R.R. Tolkien's first book into Hebrew 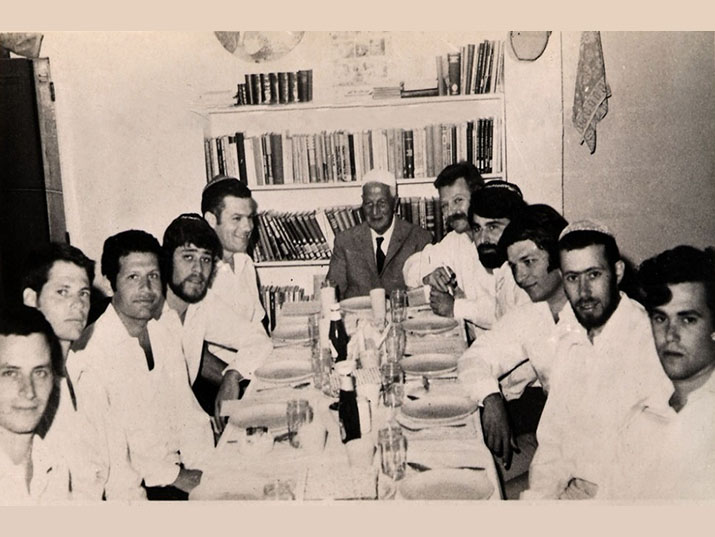 “In a hole in the ground there lived a hobbit. Not a nasty, dirty, wet hole, filled with the ends of worms and an oozy smell, nor yet a dry, bare, sandy hole with nothing in it to sit down on or to eat: it was a hobbit-hole, and that means comfort.”

(The opening words of ‘The Hobbit‘)

Anyone who knows anything about the work of J.R.R. Tolkien – the vast, fictitious history and captivating action his books are famous for – will almost certainly have started with the first novel the English linguist and author wrote, “The Hobbit: Or There and Back Again“. The book is certainly not lacking in heroic battle scenes and tales of high adventure, but in contrast with the later Lord of the Rings trilogy, The Hobbit is also a sweet and enjoyable children’s book.

It is a book that can bring pleasure and hold the attention of its readers (and its translators) during even their darkest hours.

This is not the story of how the book was written, but the story of one of its translations into Hebrew. It is the story of the special edition “translated by air force pilots and their comrades in Egyptian captivity in Abassiyah Prison, Cairo (1970-1973)”, who were captured during the War of Attrition.

The story of a strange and adorable creature

Conditions were not pleasant, to say the least, in the cramped cell where ten prisoners were held together in the prison on the outskirts of the Egyptian capital. Yet after undergoing many interrogations and tortures (and while many still lay before them), there was now something of a bright side – a small flickering light at the end of the tunnel. Firstly, after several months in separate cells far away from each other, the prisoners were now allowed to stay in the same cell and be comforted by other Israelis in the same state. Secondly, the fact that not all the prisoners spoke sufficiently fluent English proved to be significant to the rest of their stay in captivity.

Not all the cell’s inhabitants could enjoy the gift which Yitzchak Fir, one of the four pilots in captivity, received from his brother in America. This was “a paperback containing the story of a strange and adorable peace-loving creature who enjoys the pleasures and comforts of life and who finds himself thrown into hair-raising adventures in the war for a more peaceful and greener world” (a description taken from the foreword to the pilots’ translation).

The four pilots in the cell – Avinoam Kaldes, Rami Harpaz, Menachem Eini and Yitzchak Fir decided “to translate The Hobbit for those who would find it hard to understand”. The pilots initially translated specific words and expressions. It did not take them long to discover that the work distracted them from their life in captivity, and soon they found themselves working day after day, for many long hours, on translating the entire book.

The work was done in pairs – one reading the text in English and translating it into Hebrew on the spot. The second’s job was to be an editor, to improve the Hebrew translation and adjust it to the high level of Tolkien’s original work. The many poems in the book presented a complex challenge, and the four turned to their cellmates for help. They later related that “we failed slightly with the poems in the book”. Under the circumstances the unprofessional translators found themselves in, this labor of love would suffice. The entire project took four months and it is unlikely they thought the translation they worked so hard on while in captivity would ever be read outside the walls of their crowded cell.

The POWs were only released from captivity after the Yom Kippur War, bearing a well-used copy of The Hobbit, along with seven full notebooks. In 1977, the Hebrew translation completed by the pilots and their cellmates was published by Zmora Bitan Publishers, with funding from the Israeli Air Force.

Below is footage of the Israeli POWs’ return to Israel from Egypt on November 16th, 1973.

Professor Amiah Leiblich documented the story of the ten Israeli captives in Egypt in the book ‘Chutz Mitziporim’ [Other than Birds] which was published by Schocken Books in 1989.

The Story of Regina Jonas, the First Woman Rabbi