Home > History of Israel > What Did Martin Buber and His Friends Write to President Johnson about Martin Luther King Jr.?
Land of Israel

From the Martin Buber Archive: A letter to the American president about MLK's 1965 release from jail 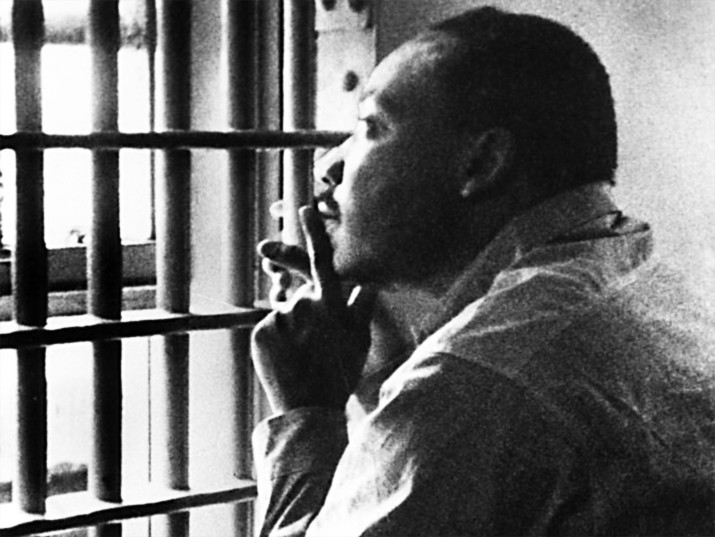 Word of the jailing and release of Martin Luther King Jr. from an Alabama jail in February 1965 reached Jerusalem quickly and drove some of Israel’s intellectual elite to write to President Lyndon B. Johnson about it.

The letter, discovered in the Martin Buber Archive at the National Library of Israel, is dated February 14th, 1965. It was written shortly before Buber’s death and is the only letter to an American president found among the philosopher’s personal papers.

Just a few months after receiving the Nobel Prize, King had been jailed on February 2, 1965 after leading some 300 protestors in Selma, Alabama. He would quickly be released and meet with President Johnson just a few days later to discuss voters’ rights.

Martin Luther King, Jr. was deeply influenced by the Israeli Jewish philosopher Buber. In 1963’s “Letter from a Birmingham Jail”, one of the defining statements of the United States civil rights movement, King referenced Buber directly, using his famous  “I and Thou” principle to argue against the evils of segregation and “relegating persons to the status of things.”

Full transcript of the letter:

We are taking the liberty to express our deep satisfaction that Dr. Martin Luther King Jr. is now again a free man and can continue his righteous fight for the equality of his people, a fight to which you Mr. President, have given your full assistance.

We are not equally sure that all of the other emprisoned [sic] 300 liberty fighters have meanwhile been released. If this suspicion should prove correct, we submit that urgent steps should be taken to return all of them as soon as possible to their families.

Professors at the Hebrew University
Jerusalem