No matter how you like to celebrate New Year's Eve, somewhere there's a party for you. Whether you prefer to dance to Jazz or lose your mind in Rave, the New Year is coming your way! 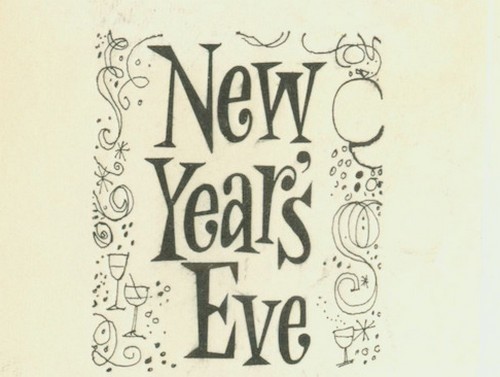 As 2017 comes to a close and 2018 is just around the corner, it is no surprise that everywhere you look flyers and posters for parties are popping up left, right, and center.

It may seem a bit absurd for the residents of the Hebrew Yishuv in the 1930s or for modern Israelis in the 1950s and up until today, to celebrate New Year’s Eve on the 31st of December. After all, Jews have their own New Year that is celebrated like clockwork year in and year out. But Sylvester, as New Year’s Eve is commonly called by the locals in the Holy Land, is celebrated every year and New Year parties have been advertised throughout the last weeks of December for decades.

Today, like back in the good old days, you have your pick of party style!

Do you prefer dancing in a Viennese cafe… in Haifa?

Or are you into a New Year’s Eve at the lavish Dan Hotel in the 1950s? There may still be tables available!

Or perhaps a 1969 Jazz concert is more your style? Get your ticket now!

And of course, the underground Raves could also be trusted to lure you in, so you could say goodbye to the old year and bring in the new year with a bang!

Happy New Year from everyone here at the National Library of Israel!