What Did Barbra Streisand Write to Assi Dayan?

The archive of Assaf (Assi) Dayan, famed actor, poet, and son of General Moshe Dayan, was recently given to the National Library of Israel for safekeeping. 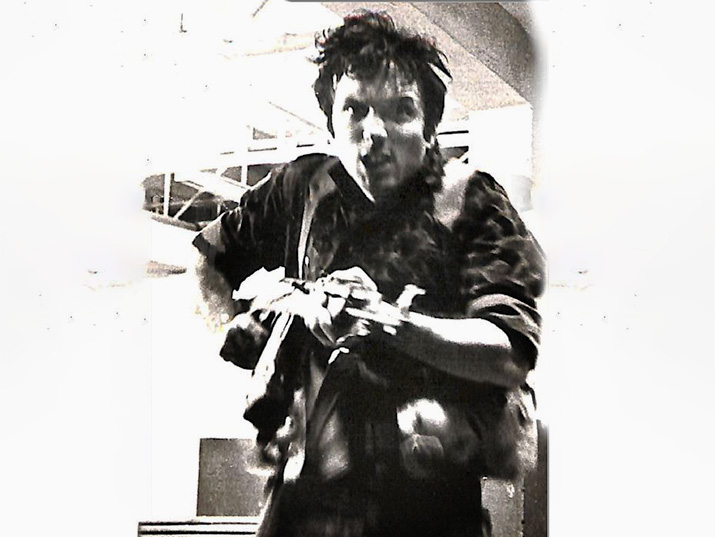 Following the death of Assaf (Assi) Dayan, just over three years ago, the iconic actor’s archive has been entrusted to the NLI for safekeeping and preservation and will soon be made accessible to the public.  From family photos to Hollywood rejection letters, Assi Dayan’s archive documents the life of an important member of the legendary Dayan family.

In a career that spanned over forty years, Dayan acted in over 50 movies and television series episodes, many of them considered to be among Israel’s most important cultural achievements.  His career included a part in John Huston’s “A Walk with Love and Death” (1969), in which he acted alongside Anjelica Huston, establishing himself as an international icon of the 1960s and 1970s.  Dayan also directed 16 films.

While the public is most familiar with the actor’s professional triumphs, Dayan also chose to preserve some of his failures.  After he auditioned for the role of Avigdor in Barbra Streisand’s “Yentl”, and Mandy Patinkin went on to get the part, Assi kept Barbra’s rejection letter for over thirty years.

Casting a film is always a difficult task, and “Yentl” was certainly no exception. The difficulty was not in finding talented actors that were right for the role – that was easy – but rather in having to decide among the several fine actors we talked to.

It was a long process, and I especially want to thank you for your time and interest. It was most valuable to me, and I hope we have the opportunity to work together at some future time.

Assi Dayan’s personal archive has been entrusted to the National Library of Israel for safekeeping and preservation and will soon be made accessible to the public. Beyond the photos and scripts he kept, his own artistic and creative processes shine through in his notes and poetry, as does the decline in his health in the last decade of his life

The responsibility for deciding about where to house the archive fell to the actor’s son, Lior Dayan.  After considering requests from many of Israel’s leading cultural institutions, including various Cinemateques, Mr. Dayan ultimately decided to entrust this important collection to the National Library of Israel, as the preserver of Israeli and Jewish culture. Lior Dayan also felt his father would have loved to have his archives dwelling alongside those of his idol, Franz Kafka.

National Library of Israel CEO Oren Weinberg said, “The quality and quantity of the material and items in the Assi Dayan Archive will enable scholars, students, and the general public to study and know his work – from his early days in cinema to his last days on earth, and so be exposed to the vast assembly of his creative endeavors, as well as to the writings and drafts that he wrote over the years, which were never published.”

Once the Assi Dayan Archive is catalogued, parts of it will be made accessible to the general public through the Library’s website.