Google and the National Library Launch a New Interactive Project: “Once Upon a Try”

Explore humanity’s greatest inventions and discoveries in a new interactive online project by Google Arts & Culture, in collaboration with the National Library of Israel. 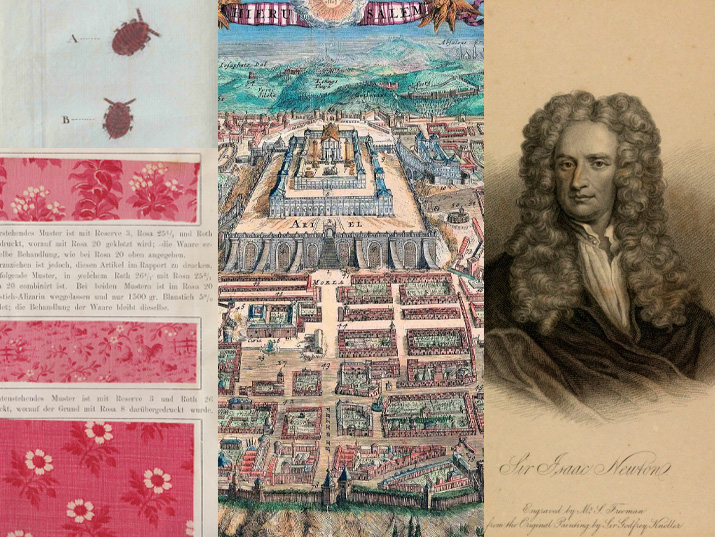 Today, Google Arts & Culture launched Once Upon a Try – the largest online exhibition about inventions and discoveries ever curated. Collections, stories and knowledge from over 110 renowned institutions across 23 countries, including The National Library of Israel, are brought together, highlighting millennia of major breakthroughs and the great minds behind them. The National Library is the first Israeli organization to participate in this unique project.

Three new National Library of Israel digital exhibitions are included as part of the initiative.

“Dye hard: the race to revolutionise the colour red” offers a unique exploration of how the dye industry evolved throughout history and shaped it. Based on materials from the Sidney Edelstein Collection, the race to revolutionize the color red is showcased in a little-known story that spans many ages and cultures, while at the center of it all is a tiny little insect. Online visitors can discover two additional interactive stories: “Isaac Newton’s Theological Papers“, drawing from the National Library’s peerless collection of nearly 8,000 of Newton’s papers, which reveal a lesser known side of the legendary figure; and “Maps of the Holy Land and Jerusalem“, featuring treasures from the National Library’s world-leading Eran Laor Cartographic Collection.

Through Once Upon a Try  everybody can now explore more than 400 interactive exhibitions that pay tribute to humanity’s greatest leaps in science and technology progress, and the visionaries that shaped our world, as well as tales of epic fails and happy accidents. Once Upon A Try also lets you dive into Street View to tour the sites of great discoveries, from deep underground inside CERN’s Large Hadron Collider to high in the sky onboard the International Space Station. Zoom into more than 200,000 artifacts in high definition, including the first recorded map to include the Americas from 1500, and Albert Einstein’s letters, never before published online.

Google Arts & Culture also invites people to join Tilda Swinton and CERN particle physicists to experience the birth and evolution of the universe in augmented reality – a state-of-the-art use of this new technology. And people can explore NASA’s archive of 127,000 images in a new storytelling tool, powered by Google machine learning.

“We invite everyone to participate in the first phase of an online collection that celebrates innovation and science. Through inspiring, and at times surprising, stories from over 100 partners, you can explore the inventions and discoveries that have shaped our world. Once Upon a Try is all about that first attempt, the idea, the journey of fulfilling a dream, and we hope it’ll give people that extra boost to find their very own eureka moment,” said Amit Sood, director of Google Arts & Culture.

Explore Once Upon a Try on Google Arts & Culture (g.co/onceuponatry) or using our app on iOS or Android, and join the conversation with #onceuponatry.