Amos Yarkoni was a fierce warrior and a decorated officer. He made major contributions to Israel's security, was loved by his commanders and admired by his soldiers. The course of his life could have been completely different had he decided to fight the Jewish settlers instead of joining them. 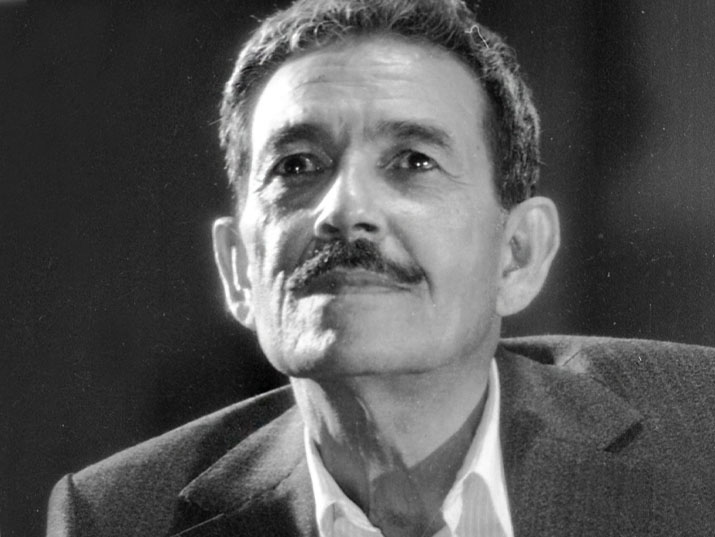 The day before he was set to be executed, Amos Yarkoni and two of his comrades, all three bound and chained, managed to escape from the deep pit in which they had been thrown by the Arab gang that captured them. Yarkoni, who was then still known as Abd el-Majid Hidr, a member of the Bedouin al-Mazarib tribe, had been expelled from his community as a traitor, and ordered to sign a letter admitting he had assisted the Zionist enemy. When he failed to comply, he was sentenced to death. It was the late 1930s, the period of the British Mandate in the Land of Israel, and Abd el-Majid Hidr had begun to forge courageous friendships with people from Nahalal, a moshav – a cooperative Jewish farming community – located near his village, Na’ura.

He met his friends from Nahalal when he was a teenager. He was a shepherd, and they guarded Nahalal’s fields. The occasional quarrels and daily friction turned into friendships over time, and when Hidr realized that the hostilities of local Arab gangs were directed not only at his Jewish friends, but also at other Arab families, he decided to begin cooperating with the people of Nahalal.

In 1947, he was 26 years old and working as a messenger at the oil refineries outside the city of Haifa, when he witnessed a massacre perpetrated by Arab workers on their Jewish peers, in which 39 Jewish workers were killed and 51 were wounded. This had happened shortly after an Irgun grenade attack had killed 6 Arab workers. Realizing then how waves of incitement led to the unnecessary killing of innocent people, he made his decision: “I saw then that the Jews are a small people in need of help, and I have it in my blood—when I see people fighting, I always come to the aid of the weak,” he told Maariv.

He contacted his friend Oded Yanai from Nahalal, who enlisted him in the IDF Minorities Unit, which was established in late 1948. A year later, after completing a military training course, he became the Israeli army’s first Bedouin squadron commander. By the age of 33 he had become an IDF officer, determined to take part in the defense of the State of Israel.

Shaken by yet another violent incident, Abd el-Majid Hidr decided to deepen his ties with the Jewish people: a series of murders and revenge killings among the Bedouin and Druze communities was what led him to change his name, and from that point he became “Amos Yarkoni.” He chose the name Yarkoni as it includes the Hebrew root Y-R-K (ירק), which is associated with the color green. The word hidr or khidr has a similar association in Arabic.

Yarkoni was a decorated officer, who made an invaluable contribution to the defense of Israel’s security. His tracking skills made him famous among his peers and commanders, who were happy to share stories and anecdotes about his abilities: “I accompanied Amos on one of the chases. I couldn’t figure out how he was able to spot the tracks of some infiltrators who escaped with a few cows. He saw I was curious and said to me: ‘Look at the nibbled grass. The cows they took ate some along the way.’  I thought I had learned something. An hour later I said to him: ‘Here, here is where the cow ate.’ Amos laughed, and said: ‘Don’t you know that a cow isn’t going to eat those bitter weeds?’” recalled Maj. Gen. Rechavam Zeevi in an article about Yarkoni. In addition to Zeevi, Yarkoni also counted Moshe Dayan among his close friends.

During his army service, Yarkoni was injured several times in confrontations with infiltrators. He suffered a severe injury to his leg and even lost his left hand. Yarkoni established special tracking units while serving alongside Israel’s elite special forces, and toward the end of his service commanded “Shaked,” an independent unit tasked with locating, stopping and capturing infiltrators, spies, intelligence personnel and Arab guerillas along the borders of Egypt and Jordan. Yarkoni was decorated with the Medal of Distinguished Service and received three citations for bravery. In 1969, he retired from the IDF with the rank of lieutenant colonel.

At his farewell to the unit, he said: “I led the best of Jewish youth.  I enjoyed watching them grow up at my side and I tried my best to be honest and decent toward them. I saw myself as a liaison between Arabs and Jews in my relationship with these young men. I told them: Guys, you have to learn Arabic. This border will not remain forever.”

Yarkoni lived with his family in the southern desert city of Beer Sheva, with his children attending the local schools.  When his son wanted to volunteer for a naval commando unit and to enlist in the IDF officers’ training course, he encountered hesitation and reservations despite his father’s legacy. Eventually the youth overheard a phone call between his commanders, with one noting “his father was an IDF battalion commander, and it’s fine from a security standpoint”. Hurt and offended, Yarkoni’s son refused to join the officers’ course, even after Yarkoni demanded—and received—an apology for the incident. Another son was not called up for compulsory service until Yarkoni insisted.

Despite the difficulties and discrimination his family experienced after his retirement from military service, Yarkoni continue to strive for reconciliation and coexistence among all the country’s citizens. When he died in 1991, at the request of Rechavam Zeevi, Yarkoni was buried at the Kiryat Shaul military cemetery in Tel Aviv.