By Three Things a Person Is Known

Chava Levine shares a bit of what she learned from working on the personal archive of Professor Dov Noy, who was described as "the world's foremost Jewish folklorist". The archive is now deposited at the National Library of Israel. 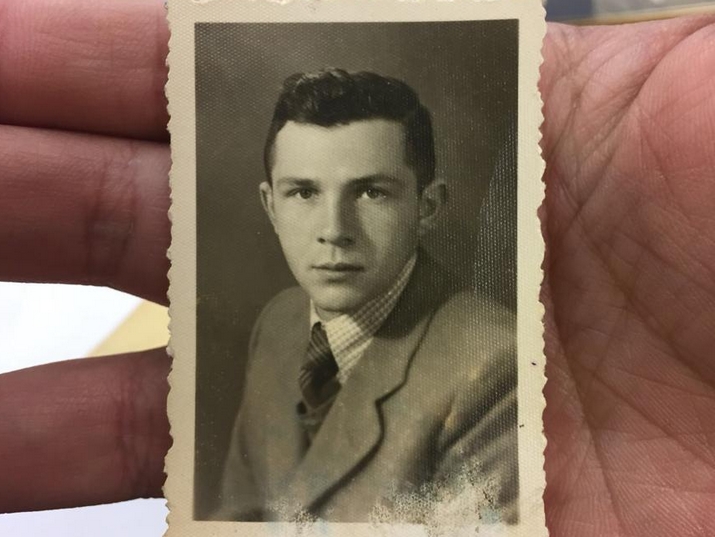 Dov Noy as a young man, the Dov Noy Archive at the National Library of Israel

I never met the person whose entire life I archived.

I did see him once, though. An old man, stooped over, indistinguishable from the myriad of old men who haunt the halls of universities the world over. He used to shuffle through the corridors of the Hebrew University, slowly, as if he had done that walk a thousand times before.

He had been a legend in his time. A giant of a researcher, a good-looking, charismatic professor whose reputation follows him even now, eight years after his death. As I tell people about my work in the archives of the National Library of Israel, the response is invariably, ‘Ah yes! I met him/studied with him/went to his Open House events. He introduced me to my spouse/helped me get this job/changed the course of my career. He was such a wonderful man.’

What I do know is this: I know his handwriting, almost better than I know my own. I know he had a phenomenal memory, and kept in touch with thousands of people around the world. I know that he survived the Holocaust almost by chance, leaving his warm and loving home in Kolomyia (then Poland, now Ukraine) at the young age of 18 to study at the Hebrew University. I know that he met his brother, the only surviving member of his immediate family, in the refugee camps in Cyprus. However, I don’t know how it affected him. I don’t know how he felt. I don’t know if he ever dreamed he was back home and awoke thinking he smelled his grandmother’s chicken soup.

I know that he dedicated his life’s work to collecting folk tales and stories, and his brother Meir devoted his to collecting songs. I know that his memory was truly astounding, and that his own teacher, Stith Thompson, wrote of his intellect that “I think my other students will not object when I say that Dov was one of the most brilliant disciples I have ever had.”[1] I know he had a predilection for collecting (or perhaps a dislike of recycling bins) and his archive includes such curios as Welsh museum pamphlets, wedding invitations from the 1950s, and Dr. Rabbi Max Grunwald’s 1930 Austrian passport.

Thanks to working on this archive, I now know that people used to own carbon-copy notebooks. I learned that a service used to exist which would cut out newspaper clippings for you. I learned of the importance of letters, postcards, and the postal service, and that back in the old days, people really knew how to write.

As we near the end of this project, I am left to ponder at the chasm between knowing someone through their papers, and knowing them as a person – the space between the written word and experienced life. Much has been written on the relationships between objects and people, and I’m sure more is yet to be written. This archive contains Dov Noy’s writings, his research, and his letters. After all this, I ask, can we know a person by their archive? I leave it to you to find out.