Hamutal Gouri, daughter of Haim Gouri, writes of how her father taught her the near-magical power of stories - tales that can be pulled out of a box to help us make sense of the world. 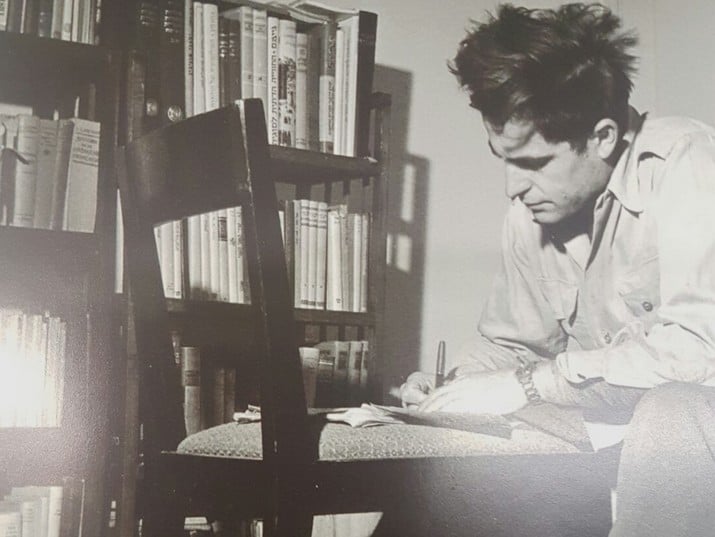 I come from a storytelling people. Don’t we all?

I keep a box of old stories in my small study in Jerusalem. I open it often – whenever I need the kind of strong medicine that only stories can offer- from moral advice to the solace found in the warm embrace of the stories of my grandmother, Luba z”l. I open the box of old stories when I need their help in chasing away the evil arch-villians that occasionally burst into my life, uninvited: the Queen of Chilling Silence, Paralyzing Fear or Sleepy Indifference.

This morning I opened the box to look for the story whose words would give shape and meaning to that which is yet unspoken. At the bottom of the box I found the story of Danny and his Little Red Car. My father told us this story about a little boy who wished more than anything to participate in the annual car race in his hometown. So, Danny built a little red car from scratch and on the day of the race, he stood proudly at the starting line with his little red car. The crowd burst out laughing, pointing fingers of dismissal at Danny and his little vehicle, but Danny did not care and would not let any of it cast doubt in his heart. Danny and his little red car raced all the way to the finish line, coming in first place and winning the race, with the whole town folks cheering: “The little car will win the race! The red car is number one!”

Although I have heard this story dozens of times, I would sit and listen, tingling with excitement and anticipation as my father retold the story. He would make it more dramatic each time; Danny became younger and poorer, the competition fiercer and thus the triumph even sweeter. I still recall the first time he told the story to my son, Daniel, who sat on his lap, eyes, ears and heart wide open, taking in every single word so that one day, he could tell this story to a little boy or a little girl in need of the strong medicine of magic, love and inspiration encapsulated in this one simple story.

I lost my father, Haim Gouri, on January 31st, 2018, on Tu Bishvat, the Jewish Festival of the Trees. The day marks a joyous spring in the midst of gloomy winter. My father was a poet, writer, journalist and documentary filmmaker and at his core, he was a storyteller in every one of his endeavors. He left behind a rich legacy of poetry and works of fiction, thousands of investigative journalism pieces, and a documentary trilogy about the Holocaust and the Jewish Resistance. He also left behind a family heritage of stories that comfort, inspire and call upon the human spirit to show up at its best, time after time.

We all come from storytelling people and our stories are both intimately personal and powerfully collective and universal. My childhood story of Danny and his Little Red Car is a story of the triumph of mind over matter. It is a story that celebrates the human spirit and its capacity to envision and hold steadfast in the face of great challenges and doubts. It is also, if you like, the nursery room version of the story of David and Goliath.

We all have stories to share and we all come from storytelling people. I invite you to open your own box of old stories and share one that has enriched your life. It can be a childhood bedtime story, a piece of family history or a recipe for a traditional specialty that has a great story by its side.

Stories are a magical resource. The more we use them, the more we have. Stories yield the best interest on our investments: We tell one story and get at least two in return.

This article was written for the NLI Gesher L’Europa European Day of Jewish Culture partnership which this year celebrate the Jewish culture of storytelling.