Who Was the Real Merchant of Venice?

Find out all about the real man behind the fictional Shylock! 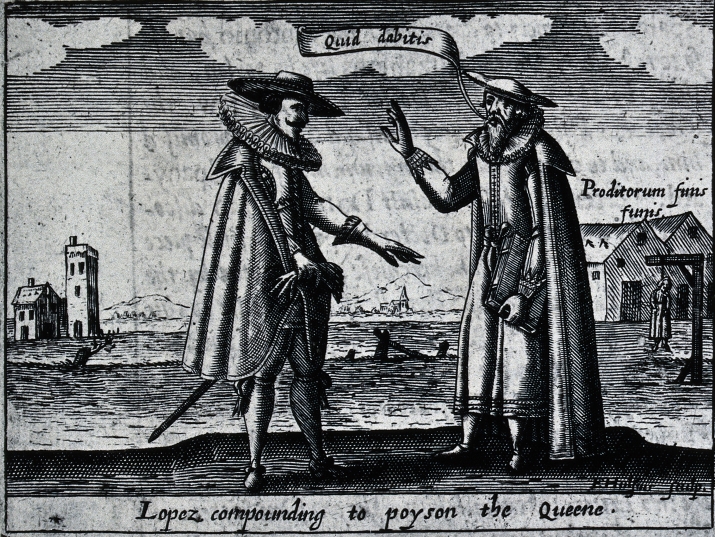 The England of William Shakespeare was the England of religious turmoil and strife between Protestants and Catholics. It was an era of breaking old ties and creating new political and religious alliances, not to mention an era of intrigue and espionage. This was the world of Queen Elizabeth I. It was also the world of Roderigo Lopez, her physician-in-chief. Many believe he is the man who was the inspiration for Shakespeare’s Shylock from “The Merchant of Venice.”

During the deterioration of political and diplomatic relations between England and Spain, a shadow war begun between the kingdoms with the Pope, and thus Rome, in alliance with Spain. The spies employed by Spain and England worked to thwart each other’s plans, trying to keep the kingdom they were loyal to on the upper hand. Over the years of this quiet war it was Roderigo Lopez, well known in court as Queen Elizabeth’s personal physician, who positioned himself as a key player in these espionage wars.

Roderigo Lopez was one of the most famous members of the converted Jewish community (the conversos of Iberian Peninsula, Jews who converted to Christianity during and after the expulsion of 1492) in Elizabethan England. The fact that Lopez was Portuguese, was fluent in many languages, as well as being a physician, served him well in court. In 1588 Lopez was serving two masters: William Cecil – Queen Elizabeth’s close adviser, and young Earl of Essex, who would become a favorite of the Queen. These two masters had opposing agendas when it came to relations with Spain. Cecil wanted peace, or at the very least a ceasefire or truce, whereas Essex pushed for hostility and war.

Lopez had been employed by Cecil to secretly correspond with Spain. Once he convinced Spain of his loyalty, he was asked to poison Queen Elizabeth for a considerable sum of money. To this day it is contested whether Lopez fooled the Spanish or whether he would have gone through with the plan that would have promised him wealth.

In 1594 a secret correspondence between the Spanish and Lopez had been intercepted by the English spy ring. Essex, who had not been aware of the espionage war until then, turned against Lopez and was quick to scapegoat him as the quintessential traitorous Jew.

After being interrogated, tortured, and tried, Lopez was convicted of treason against Queen Elizabeth and the English kingdom. The Queen’s personal physician was accused not only of planning to assassinate Queen Elizabeth, but he was also accused of attempting to change the religious, cultural, and legal order of the kingdom. The Queen had difficulty accepting Essex’s pleas against Lopez, and while she did not directly interfere with the trial, she postponed the verdict by a few months.

When the verdict was carried out, it was without the Queen’s knowledge. After walking the humiliating “walk of shame”, part and parcel of every convicted traitor, Lopez was publicly executed. Hung, drawn and quartered, his dismembered body was later cremated.

For over 100 years (since Sidney Lee’s essay from 1888) researchers have recognized Roderigo Lopez as the historical figure who inspired Shakespeare’s Shylock. It’s possible we will never know whether Lopez has been innocent or not, with regards to Shylock, we thank the Bard for telling us that story.