Are the British Descended from the Ten Lost Tribes?

Home > British Israel > Are the British Descended from the Ten Lost Tribes?
Diaspora

The draft of an article by an important Romanian Zionist leader sheds light on an intriguing organization established in Great Britain in the early 20th century. 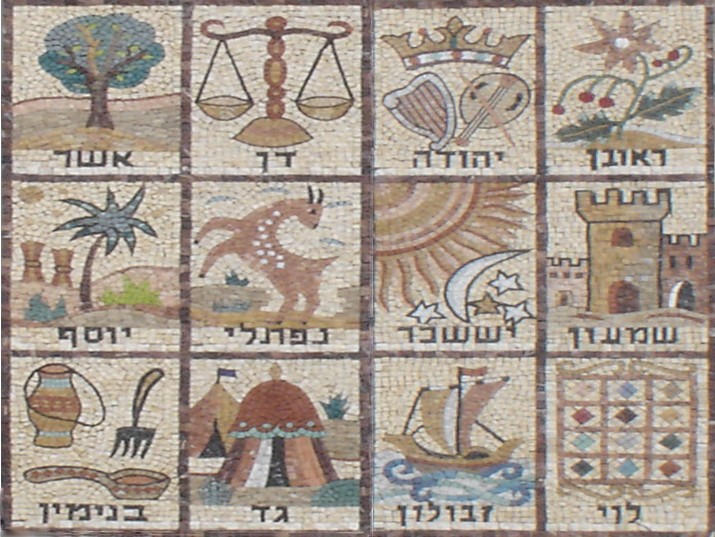 An interesting discovery was recently made in the National Library’s archives. A draft of an article written by Adolf Stern, in which the prominent Zionist Romanian leader criticized a new organization – the British-Israel World Federation.

Disputes, divisions and larger groups splitting into smaller groups are familiar phenomena in the Jewish world. However, in his article, Stern wanted to discuss a different grave threat which could be an impediment to many Jews. Despite its ostensibly innocent name, Stern warns at the beginning of his article that “This is a Christian organization from Great Britain and the United States, in other words, from the Anglo-Saxon world, which, by means of Biblical-historical, ethnographical, archeological and linguistic proofs, establishes the presumption that the British (English) are direct descendants of the ten lost tribes of Israel.”

Where did such a peculiar idea come from and how did Stern intend to fight it?

Kings of England as Heirs to King David

The belief among the Christian nations that the early European peoples and the British tribes are direct descendants of the ten lost tribes dates back to at least the 16th century. Its principles were used, among other things, as a basis for England’s departure from the Catholic church in the Vatican. The followers of the cult were called the British Israelites.

But it was not only the Christians who took an interest in the lost tribes. In 1644, the Rabbi of Amsterdam, Menashe Ben Israel, son of Portuguese Jews in Holland, believed that the natives of South America are descendants of the lost tribes. Rabbi Menashe Ben Israel, who was full of Jewish messianic aspirations, reached these conclusions following his meeting with an apostate Jew from Spain named Aharon Levi (Antonio de Montezinos) who had returned from the rain forests in the Cordillera mountains in the Quito region of Ecuador, where he claimed to have met one of the lost tribes. Some four years later Rabbi Ben Israel published his book “Mikveh Yisrael” in which he presented Aharon Levi’s story as a foreword under the title “What Befell Aharon Levi the Spaniard”.

His work was translated into English in 1652, published under the name “The Hope of Israel” and eventually presented to the Parliament and State Council in England. Rabbi Menashe Ben Israel intended on the one hand to improve the standing of the Jews in England by indicating a shared origin, and on the other hand to hasten the process of redemption through the ingathering of the exiles. However, Rabbi Menashe Ben Israel’s intentions were taken out of context and the book appears to have given a new impetus and further justification to British imperialism under a different banner. Unification instead of conquest. If the British Isles had previously been the border which the ten tribes reached through conquest, from here on the population of the American continent will be a form of re-unification of the tribes who had dispersed over hundreds of years.

As years passed, due to disputes and diverse genealogical ideas of the different groups of followers of the “British Israelites” cult, the need to institutionalize the idea arose. Therefore, in 1919 the British Israel World Federation was established, which continued the tradition that some of the European nations, and especially the British, are the true Israelites, based on God’s promise to Jacob “And God said to him, I am the Almighty God, be fruitful and multiply and a community of nations will stem from you and kings will descend from your loins” (Genesis, 35:11).

Before revealing the great falsehood at the crux of the Federation, Stern describes the principles of the Anglo-American collaboration: “The kings of England are the heirs of King David, and therefore, the British empire is destined to rule over the redeemed Jerusalem. The fifteen thousand Jews in the world are not the children of (the kingdom) of Israel, but Jews, descendants of (the kingdom) of Judah.”

The British Israel World Federation differentiates between the southern kingdom of Judah and the northern kingdom of Israel. They claim that both those exiled from the Kingdom of Israel to Assyria and the majority of those exiled from the kingdom of Judah to Babylonia, did not return to their birthplace, but made their way to Europe separately, some hundred and thirty years apart. Only a small number of the exiles of the kingdom of Judah returned to their homeland from the Babylonian Exile, where they contributed to the building of the Second Temple. They are the forefathers of the Jewish people. In contrast, the tribes of Israel who are also known as Isaac’s Sons, wandered to Europe and became the Saxon tribes. Here is the linguistic entomological proof of such:

The Federation claims that the tribe of Benjamin separated from the tribe of Judah following the destruction of the Second Temple and reached the shores of the British Isles as Normans several hundred years after the Saxons. In this manner, with the unification of the tribe of Dan with the tribe of Isaac’s Sons (the Saxons), the united settlement (Britain) became the true People of Israel through whom the Biblical prophecy was fulfilled “Because I will surely bless you and I will surely multiply your descendants like the stars of the Heavens and the sand on the seashore and your descendants shall inherit the gates of their enemies” (Genesis 22:17).

In justification of the origin of the Kings of England, it is related that the daughter of Zedekia son of Josiah, her father’s legal heir, reached England where she managed to revive the royal house of the dynasty of King David. The nation these kings arose is in the British nation, who expanded over the years to a large confederation of nations who eventually declared the constitution of the empire in the royal conference of 1926. According to this constitution, any nation can unite with the empire while maintaining its independence.

In his article, Stern also discusses the Federation’s attitude to the Land of Israel and to the role of the British in Palestine. While the Balfour Declaration aspired to establish a national homeland and the writer of the Mandate even aimed for Jewish self-rule, the Federation saw itself as the exclusive heir to this territory. Neither the descendants of Ishmael – the Arabs, nor the Jews have any right to the land.

“The religious center of the (Children of) Israel is still in Jerusalem, which is not geographically located in Palestine, but in the British Isles…Zion remains the site of the throne of David and is still in the great city of King David, it is not currently in Palestine, but in the British Isles together with David’s tribe”, thus Stern quoted words written by William Pascoe Goard, the vice president of the Federation, in the National Message and Banner newspaper in October 1929.

Stern quotes another article from the same newspaper in November 1929 on the identity of the Jews and the Arabs. Regarding the question of who is a Jew, the writer of the article, David Gilbert, explains: “First of all, all the British are not Jews… the eleven tribes did not return, as described by Ezra and Nehemia. The facial features of a Jew are not Israelite facial features, as the children of the tribe of Judah married idol worshippers, and their features are more Syrian than Israelite. Therefore, the British Children of Israel, descendants of Israel, do not have such facial features.” The same newspaper journalist asks the rhetorical question: “What are we, the British, looking for in Palestine?” and responds “More than we received a mandate from the League of Nations, we received it from a Higher Power! On December 11, 1917, Lord Allenby was stationed on Mount Zion and spoke before the military forces, which most likely included representatives of the Israelite tribes. One thousand two hundred years ago, three crosses were seen reflected in the sky, and the king stood in the center. In Jerusalem, the blue Crusader flag divided Jerusalem, the symbol of the largest empire the world has ever known. We have things to look for in Jerusalem.”

If so, Stern asks himself, what is the implication of the Federation for Zionism? Indeed, on the one hand it is an advantage, and on the other hand, a danger. The advantage is expressed by the liberation of Jerusalem from Turkish rule, and the danger is posed by the Federation’s desire to claim the authority of a mandate. However, Stern casts a doubt on the success of this religious utopia whereby Palestine belongs to the King of England and to the British Empire, and hoped for opposition to the mandate from the British parties. Many people have taken an interest in the Jewish people – Stern writes – from Oliver Cromwell to Lord Balfour. The Federation’s objective is not the establishment of a national home for the Jewish people, but building Jewish identity and culture alongside the local residents without increasing the number of Jews in Israel, and thereby takes the Balfour Declaration out of its context.