How Henry Morgenthau went from mild-mannered cabinet secretary to being one of the greatest advocates for Europe’s Jews during the Holocaust? 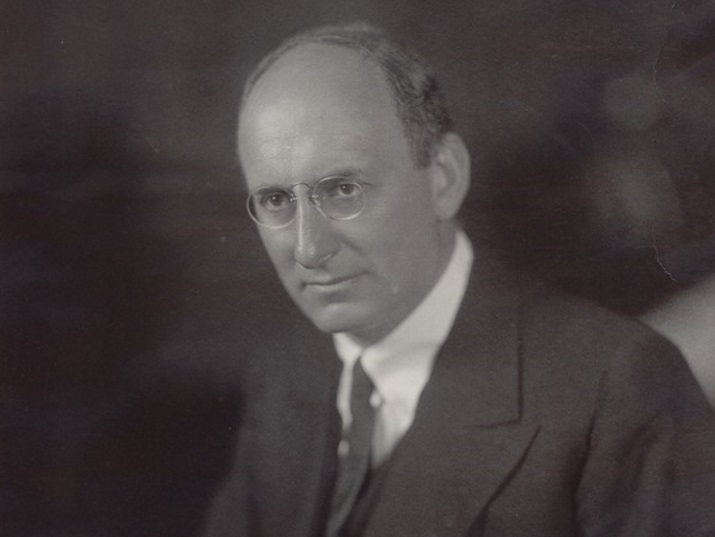 Despite his many virtues, President Franklin D. Roosevelt was in short supply of the virtue of religious tolerance. During a meeting with Secretary of the Treasury, Henry Morgenthau, Jr., he told the Jewish politician that the United States was a Protestant country and therefore, as President he would never openly petition for either the Catholic or the Jewish minority. He explained that in his choice of Morgenthau for the position of secretary of the treasury – a key cabinet post in the period of the Great Depression and World War II – he was looking for the best man for the job. However, his aides claimed, even when he was still alive, that he had asked them to find him “the most talented Jew for the position.”

Nevertheless, the Secretary of the Treasury still considered the President a very close friend. Roosevelt’s relationship with Morgenthau however, was no different than the relationships he had with his other subordinates – the President specialized in provoking a basic insecurity among those who worked under him. Due to his independent wealth, Morgenthau would have had no problem buying a fancy home for his family to live in while he was working in Washington, DC, but instead, he moved his family from one rented apartment to another because. “I never felt that my work could wait until morning,” Morgenthau remarked years after Roosevelt’s death. This fear made the Secretary of the Treasury (along with most of the President’s advisors), into a submissive employee who did his best to not provoke the President’s ire.

This all changed with a phone call to Morgenthau’s office toward the end of 1943. That fateful day, the Secretary of the Treasury picked up the phone in his office and was surprised to hear a familiar voice – it was none other than the Rabbi and close friend who had officiated at Morgenthau’s own wedding. The agitated Rabbi pressured Morgenthau to tell him everything he might know about what was happening in occupied Europe. The baffled Secretary of the Treasury asked his friend to explain the meaning of his request.  Over many minutes, the Rabbi related in great detail the long list of atrocities the Nazis were perpetrating against the Jews, the emptying of the ghettos, the trains to the East and the concentration camps. “Henry, do you know that lampshades are being manufactured out of the skin of the slaughtered Jews?” his friend asked. Reeling from all he had heard, Morgenthau asked to end the conversation before he fainted.

The more he learned and heard from the many reports coming from survivors who had managed to escape the inferno,  the more Morgenthau felt himself changing from a mild-mannered man into a man with a mission. He felt it his duty to save as many Jews as possible.  Determined to force Roosevelt to act even at the price of his job, he met with the President in 1944 and presented him with a detailed report titled “Report on the Acquiescence of this Government in the Murder of Jews.” He then spread the facts before the President (which Roosevelt had known already since the start of 1942), and demanded that the American government take every action to stop the systematic and industrialized killing of the Jewish People. He did not stop with a moral demand, but appealed to the President’s base interest. He called upon Roosevelt to reveal publicly what was happening in Europe and to condemn the Nazi atrocities in no uncertain terms, lest the discovery lead to a scandal which would seriously damage Roosevelt’s chances of re-election to a fourth presidential term.

The chance Morgenthau took paid off: within weeks a refugee commission was formed, whose purpose was to unite the efforts to smuggle Jews out of Nazi occupied areas. An agreement was signed allowing for the unrestricted admission into the US of Jews from Europe, and considerable aid was sent to Raoul Wallenberg to help in his heroic rescue efforts. Less than two months after their encounter in the Oval Office, Roosevelt made his first speech acknowledging the Holocaust that was raging in Europe. Morgenthau did not stop there. He formulated a plan of action against Germany: the plan called for the destruction of all military and civil industry in Germany at the end of the war. “The Morgenthau Plan” was rejected by Harry Truman, Roosevelt’s successor to the presidency after the latter’s death in April 1945 (only weeks before Germany’s surrender).  In the end, the efforts of Morgenthau and of other American activists led to the rescue of 200,000 Jewish refugees from the jaws of the Nazi killing machines.

After the war Henry Morgenthau was fired by President Truman. He became an enthusiastic and loyal supporter of the fledgling State of Israel, and was appointed chairman of the United Jewish Appeal in America.