When Rachel Félix met her childhood idol, the famous writer Alexandre Dumas, she could not contain her excitement. It didn't last. 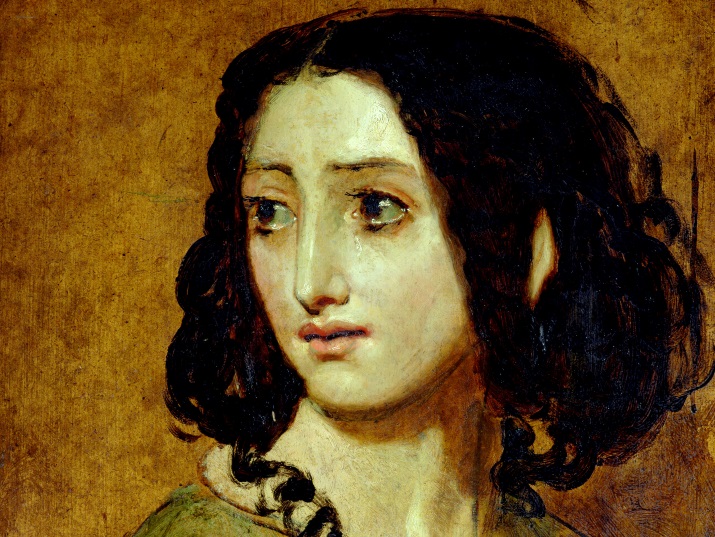 In 1832, at just 11 years old, the young Rachel Félix, a Jewish girl from Switzerland, left her home for Paris. There, she enrolled in one of France’s most prestigious schools for the performing arts, she also acquired broad literary knowledge. Despite her great love of the classics, her favorite writer of all time was the contemporary, best-selling author of The Count of Montecristo and The Three Musketeers, Alexandre Dumas père.

It took Rachel a little over a decade to become the most famous stage actress of the day for her roles in the classic tragedies of Racine and Corneille. By the 1840s, she had become the most celebrated actress in Paris, the European theater capital of the time. While vacationing in Madrid, she happened to meet the idol of her youth, and at the end of their brief encounter Dumas invited her to join him for lunch at the seashore. Excited at the opportunity to dine in the company of the famous author, she also accepted Dumas’s proposal to continue to correspond with him after her return to Paris.

The great dramatic actress quickly became disillusioned. Her reply to Dumas reveals the great miscalculation on both of their parts regarding the intentions of their mutual correspondence: whereas Rachel was certain that the much admired author was interested in an intellectual exchange, his intentions were clearly amorous in nature.

Deeply offended, Rachel was determined to beat him at his own game, and penned a response laced with equal measures of dry sarcasm, wonder and sincere regret. Using the words “fraudulent interpretation” in the letter she sent him on 17 July 1848, she expressed her bewilderment at how such a pleasant afternoon spent in each other’s company could have led Dumas to draw conclusions, “so far from my own thoughts.” She asked to immediately end their epistolary exchange, “which has wounded me deeply.” She also wanted to make it clear to him that while she had indeed been very honored to conduct a correspondence with someone whom she viewed as the greatest living author of the day, she now regretted the direction Dumas had chosen to take things.

As the letter progresses, we see Rachel’s anger rise along with her feeling that an affront to her honor had been committed, which becomes apparent in the small grammatical errors, and especially in the multiple underlines she includes for emphasis. Toward the end of the letter, Rachel launches her final salvo: “I knew that with stupid folk one must consider one’s every word, but one need not be so careful with intelligent, intellectual people.”

Dumas’s response did not take long, since in a second letter also written in Rachel’s hand and now found among the National Library of Israel’s treasures, she disdainfully quotes from a telegram Dumas sent her: “Madame, If you truly desire it, we shall leave things at that. This will always be a part of the path we have traveled together, with utmost regard, your friend, Dumas.”

The temptation was too great for Rachel, and she added a short retort of her own. She asked to apologize, sarcastically, of course, for having apparently misread Dumas’s intentions, and now scolded him, in light of the flirtatious letter he had sent before. “If you have jotted down these lines from your inkstand by mistake, in the midst of your endless duties – I am indeed honored to receive them,” she concluded. Then, she erased a number of lines she had written and sent off her undated, indignant response to Dumas, without bothering to compose a new one.

Our story could easily end here. In fact, the missing pieces might even add an element of mystery to the entire affair.  And yet, in the Library’s collection there is one more letter that was sent by Rachel, this one to her sister Sara. The letter is undated, leaving it for us to decide when it might have been written and sent.

Stated simply, Rachel asks that her sister inform Dumas that she cannot meet him on Sunday and would, therefore, be happy if he would choose another day during the week.

When was it sent?


Based on the two letters described above, the meeting referred to in this third letter would have to have been written after Rachel and Dumas’s initial encounter in Madrid, which was the event that triggered the exchange of letters that had so deeply offended Rachel.  In other words, we don’t precisely know.

Did Rachel eventually respond to Dumas’s advances? Did they ever make up and become friends?

In all likelihood, we will never know the answers to these questions either. Melodrama, mystery, lovers’ quarrels and reconciliation, were, no doubt, all integral parts of daily life in nineteenth-century France.