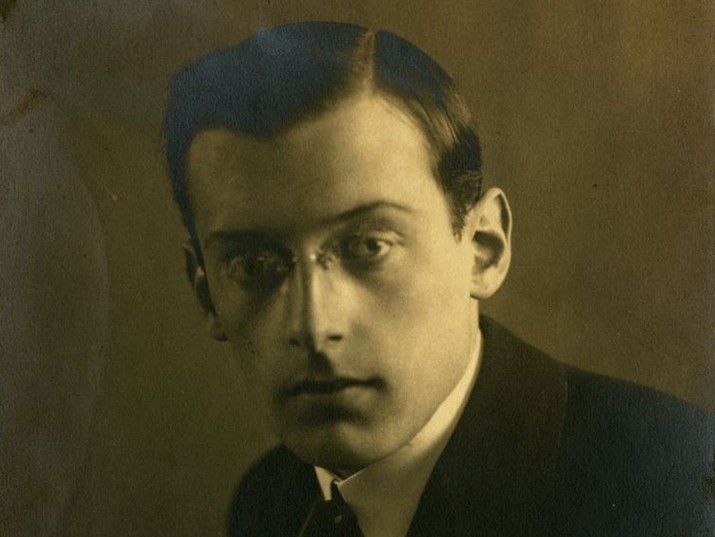 The composer Paul Ben-Chaim was born Paul Frankenburger in Munich in 1897, and died in Tel Aviv in 1984. Ben-Chaim was a graduate of the Munich Academy of Music in composition, conducting and piano (1920) and afterwards, served as assistant conductor to Maestro Bruno Walter at the Munich Opera. In 1924 he became conductor of the Augsburg Opera Orchestra, remaining in this position until 1931. In 1933 he emigrated to Eretz Israel. Ben-Chaim’s story is the story of a German Jew who experienced the brunt of the rupture led by the upheavals of fate in his time. An artist-composer who studied and worked in Germany until the Nazi rise to power, Ben-Chaim found himself without work, without a language, and with no framework in which he could continue his work as a composer and conductor.

Upon making aliyah, Ben-Chaim sought for a way to express himself, as well as to reflect the environment he encountered in Eretz Israel prior to the establishment of the state. While seeking a new sound, he encountered the singer of Yemenite descent, Bracha Tzfira, who from her Jerusalem childhood was familiar with Sephardic, Bukharan and Yemenite melodies, as well as Arab melodies. Ben-Chaim was impressed by the melodies that Tzfira introduced him to, while Tzfira asked him to notate them for her and accompany her on piano. Paul Ben-Chaim succeeded in integrating these melodies into his works, which he wrote in the language of classical music, the language of German post-Romanticism with which he was so familiar.

Paul Frankenburger changed his name to Paul Ben-Chaim, but his musical language and his intended audience was that of the concert hall. On immigrating to Eretz Israel, he was forced to play and teach piano, and to make do with a handful of musician acquaintances and a limited audience who attended his concerts. In 1936, the Israeli Philharmonic was established, and began recruiting exceptional Jewish musicians. Establishment of the orchestra and the immigration of the musicians, as well as the growth in the population of Eretz Israel expanded the opportunities for Paul Ben-Chaim to write music for larger ensembles, such as those for which he had composed in Germany.

After the establishment of the State, Ben-Chaim received international acclaim for his works, which were performed by leading musicians and composers such as Jascha Heifetz, Leonard Bernstein, Yehudi Menuchin and others. In 1957 he received the Israel Prize in Music.

It is interesting to note that Paul Ben-Chaim appointed his student, composer Ben Tzion Orgad (also German-born) as executor of his will, in which he requested that most of the works he composed in Germany prior to 1933, including many melodies set to the texts of the finest German poets: Goethe, Heine, Hofmannstahl, Eichendorff, Morgenstern and others, be destroyed.

Over the years, it appears that Ben-Chaim forgot what he had written in his will, since he asked to hear these works executed by the singer Cilla Grosmeyer, also German-born.

Paul Ben-Chaim never became proficient in the Hebrew language. The texts that he integrated into his work in Israel he received from the singer Bracha Tzfira or borrowed from scripture, with the exception of a few works such as “Kokhav Nafal,” a text written by Matti Katz, which was commissioned by the poet’s family. In honor of his 75th birthday, Ben-Chaim was invited to Munich, city of his birth, after having visited since 1933. The city of Munich organized a concert of his works, featuring “Esa Einai” (Psalm 121), four songs from his oriental compositions (based on songs of Bracha Tzfira, the song cycle “Kokhav Nafal,” and his Sonata for Violin). Towards the end of his visit in the city, he was injured in a traffic accident, from which he never fully recovered.

As an example of the compositions of Paul Ben-Chaim and his blending of styles, two recordings are presented here of the liturgical poem “Ahavat Hadassah,” performed by the vocalist Geula Gil, and following it, a rendition by the Kol Israel Orchestra conducted by the composer (from the Kol Israel Record Collection; no precise date is stated) as well as the original sheet music notated by the composer (also from the Voice of Israel Record Collection).

Scholar Yehoash Hirshberg wrote about the life and works of Paul Ben-Chaim in Hebrew and in English, the first monograph about an Israeli composer ever published in Israel.